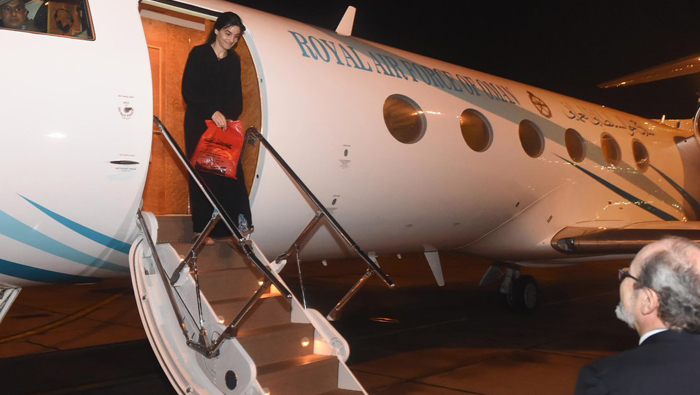 Muscat: Nourane Hawass, a Red Cross worker who was taken hostage in Yemen, arrived safely Muscat late on Monday following her release; Oman’s Ministry of Foreign Affairs tweeted.
Nourane, the French national with International Committee for Red Cross, was released due to the sincere efforts of the Oman government on a special request from its counterpart in Paris.
In a statement, the ICRC thanked all those who have played a role in facilitating Nuran’s release, in particular His Majesty Sultan Qaboos bin Said.
"We are relieved and thankful that Nourane is now back with us, safe and sound," said the ICRC head of delegation in Yemen, Alexandre Faite.
"Her abduction was a terrible ordeal for her, as well as for her family, friends and colleagues. And it has obviously dealt a real blow to our humanitarian work in Yemen."
"It has taken a lot of effort, inside and outside Yemen and over many months, but finally we have a positive result, said. Faite.
"Our priority now is Nourane's well-being and getting her home to her family. We would ask everyone to respect her and her family's privacy at this time"
The ICRC will not comment on the identity of the abductors, their motives or the details of her release.
"We are also grateful for the support and cooperation of the French and Tunisian governments throughout this time," said. Faite.
"We remain committed to helping the people of Yemen, who are suffering terribly from the ongoing conflict. We hope that in due course our operations in the country can fully resume."
Nourane was detained in Yemen while she was heading to her job in Sana’a in December 2015
Nuran was in charge of an ICRC humanitarian protection program in the Swiss-based humanitarian agency's Sanaa office.