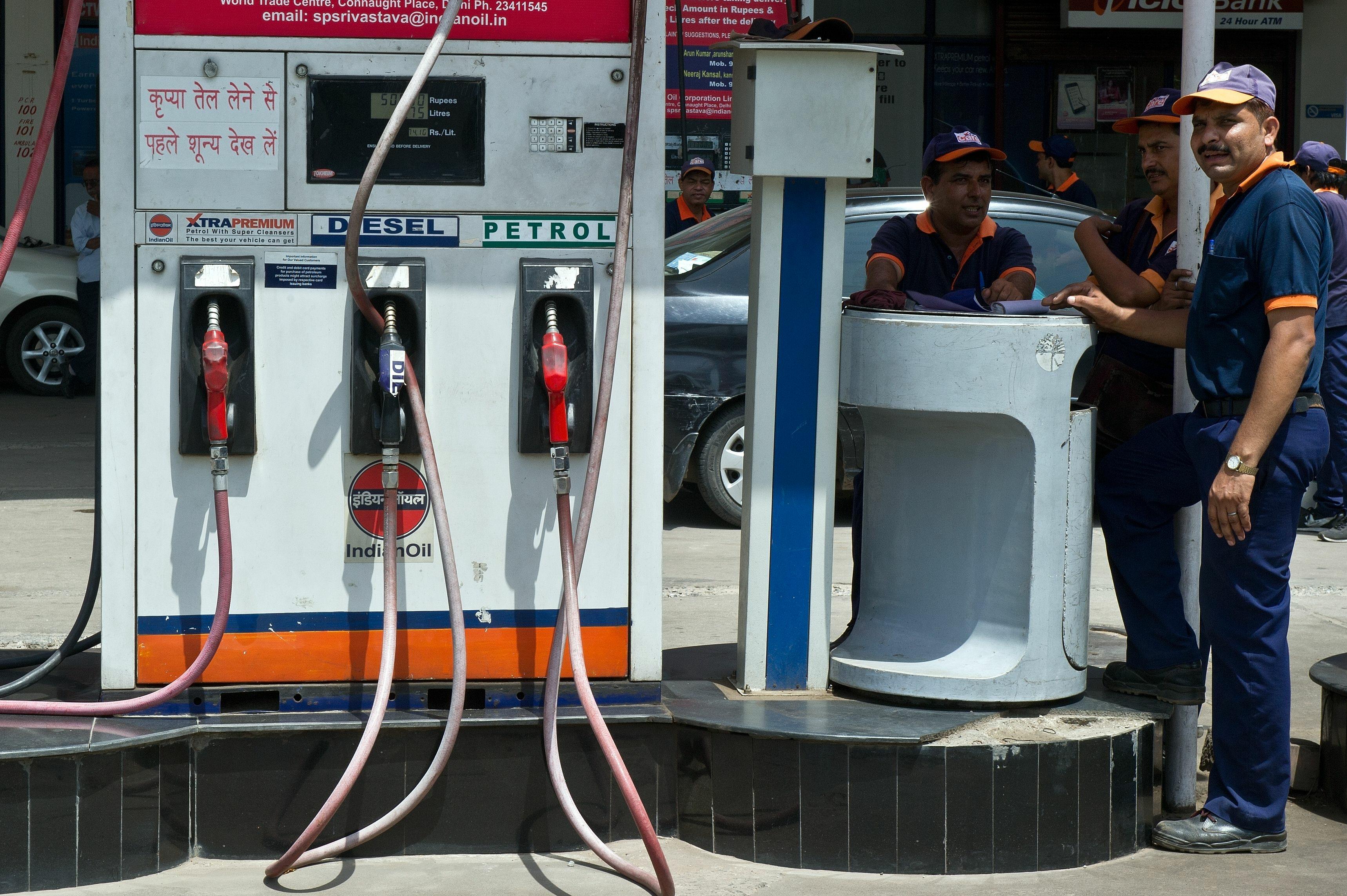 New Delhi: Petrol price was on Friday hiked by 36 paise a litre, the third increase in two months, but that of diesel was cut by 7 paise per litre in line with international trends.
Petrol will cost Rs 64.57 a litre in Delhi from midnight on Friday as against Rs 64.21 currently. Similarly, diesel will cost Rs 52.52 a litre as compared to Rs 52.59 at present.
This is the third increase in rates in petrol in two months, while in the case of diesel, it is the second price reduction this month. Indian Oil Corp (IOC), the nation's largest fuel retailer, said petrol price is being hiked by 28 paise per litre (excluding state levies) and diesel rate is being cut by 6 paise (excluding state levies).
After including a VAT of 27 per cent on petrol, the effective hike in petrol price in Delhi came to 36 paise a litre. In case of diesel, the cut came to 7 paise a litre after including VAT of 17.42 per cent. Petrol price was hiked by 58 paise, excluding state levies, on September 16.
After including state VAT, the hike came to 78 paise per litre in Delhi. The rate of diesel was cut by 31 paise, excluding state levies (and 35 paise after including VAT in Delhi).
"The current level of international product prices of petrol and diesel and Rupee-US Dollar exchange rate warrant increase in selling price of petrol and decrease in selling price of diesel, the impact of which is being passed on to the consumers with this price revision," IOC said in a statement.
It said the movement of prices in the international oil market and INR-USD exchange rate shall continue to be monitored closely and developing trends of the market will be reflected in future price changes.