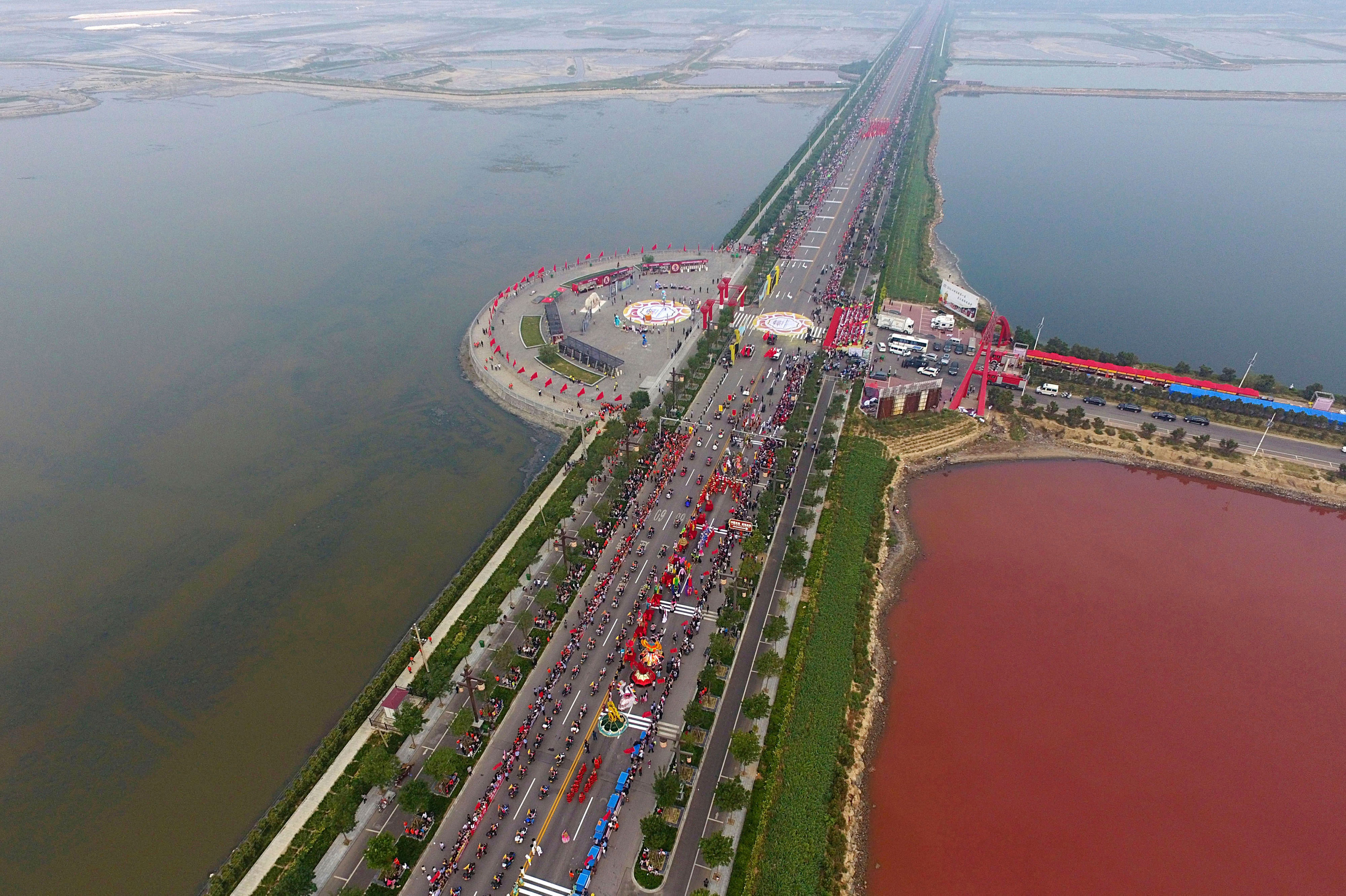 Beijing: A salt lake, known as China's Dead Sea, has become a popular tourist attraction after turning red.
The lake in Shanxi province, west of Beijing, turns red annually when a naturally-occurring green algae in it changes colour to protect itself from increased heat and light, China's state television CCTV said.
Curious visitors have been attracted to the lake, which has a road cutting through it, with local officials unsure why only one side had changed colour, CCTV said.