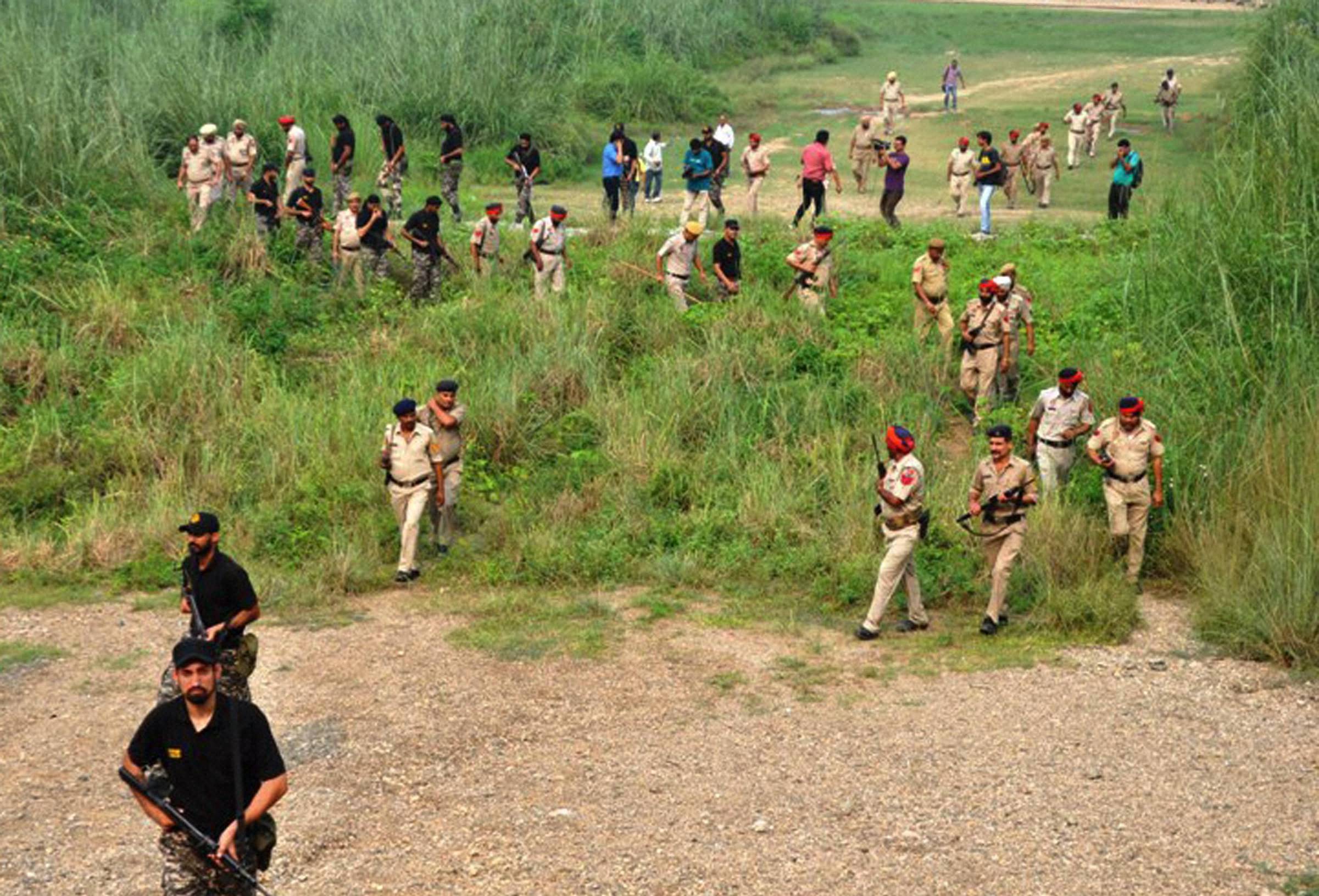 Pathankot (Punjab): Amid high alert, extensive search operation continued for the second day on Wednesday in Pathankot in the wake of inputs about suspicious movement of armed men in army fatigues in this border district of Punjab which had witnessed a terror attack on Indian Air Force (IAF) base in January. Punjab Police conducted search operation jointly with Himachal Pradesh Police in the hilly areas located in Bhadroya which is in Himachal Pradesh and covered almost 5-6 km of forest area in search operation. As many 200 security personnel of Punjab police and 50 of Himachal police on Wednesday participated in the search operation but nothing suspicious was found. "We continued with our search operation on Wednesday. However, nothing suspicious has been found so far," Pathankot SSP Rakesh Kaushal said. On Tuesday, search operation was conducted near army cantonment along side Dalhousie road. "We extended our search operation with the help of Himachal Police towards in small hills of Bhadroya area," he said. Punjab police on Tuesday suspended search operation but carried out night domination exercise in the city. Following an input about suspicious movement of armed men in army fatigue, vigil has been increased in and around Pathankot and various police check posts were set up to thwart any attempt by anti-social elements in the district where terrorist from across the border had struck the IAF airbase in January.