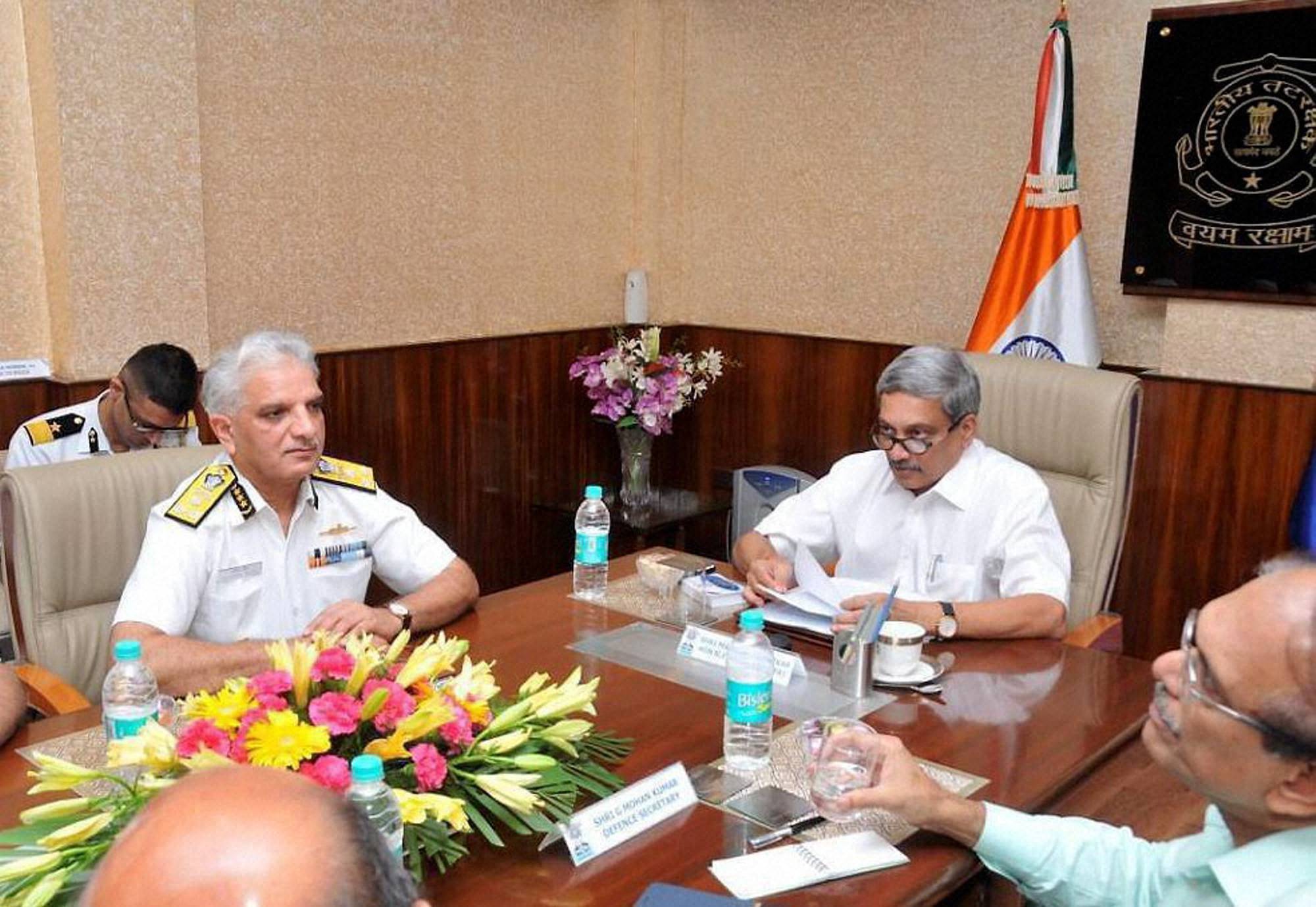 New Delhi: Defence Minister Manohar Parrikar on Wednesday asked the Coast Guard to "bolster" coastal security mechanism by increasing patrolling to thwart any infiltration bid by anti-national elements through sea.
The coastal security should be strengthened considering the current security scenario, he said.
Speaking at the 35th Coast Guard Commanders Conference here, Parrikar also promised all assistance to the Coast Guard in enhancing its operational efficiency.
"Due to current security scenario, he exhorted ICG to further bolster Coastal Security mechanism by increasing patrolling so as to avoid infiltration by anti-national elements through Sea," the Coast Guard said in a release.
The defence minister also complimented efforts of the Coast Guard in augmenting Maritime and Coastal security not only by deployment of assets but also by efficient exploitation of Coastal Security Network (CSN). A modern surveillance system comprising high-resolution cameras and sensors has been installed along the coastline under the first phase of the CSN project. Parrikar hoped that CSN Phase II would also be implemented on time.
He also congratulated the force for their "protracted efforts" with Pakistan and Sri Lankan security agencies which resulted in reduced apprehension of Indian fishing boats.
"The defence minister promised all assistance of the ministry for cases relating to the operational efficiency and those pertaining to the growth of the service, be it the manpower or new acquisitions," the release said. He also welcomed efforts by Coast Guard in realising the 'Make in India' policy by ordering indigenous ships to strengthen its fleet.
The conference was attended by senior officers of the Ministry of Defence and Indian Coast Guard (ICG). The three-day conference aims to carve out a futuristic vision for the service and to determine the modalities to overcome the challenges efficiently.