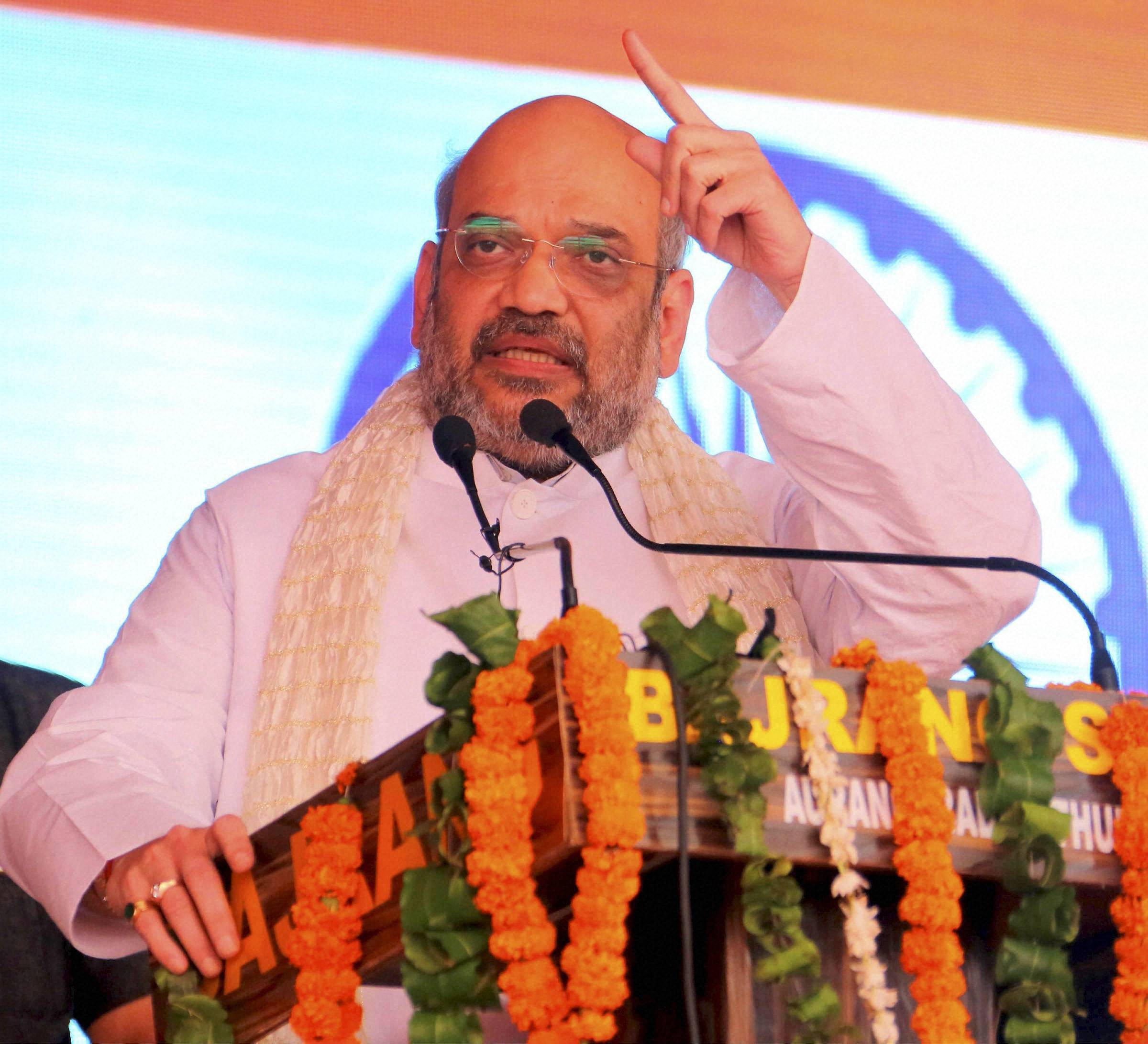 Mathura: Slamming Uttar Pradesh's ruling Samajwadi Party for establishing a "goonda raj", BJP chief Amit Shah on Wednesday said the "chacha-bhatija" government had failed to usher in development and asked the electorate to vote BJP to power in the state while ensuring complete rout of SP and Bahujan Samaj Party (BSP). He said Uttar Pradesh had seen little development in the last 15 years of alternate rules of SP and BSP while many other states progressed. He promised a BJP government will be committed to the development of the poor. "It is not only I or my party workers but everybody is saying that this government of chacha-bhatija cannot develop UP," he told a public meeting at the birth place of Jana Sangh ideologue Deen Dayal Upadhyay, while taking potshots at the feud between Chief Minister Akhilesh Yadav and his uncle Shivpal Yadav, a minister in his nephew's cabinet. "In 15 years, SP and BSP have made UP, which is endowed with so much resources, a most backward state while the rest of the country has marched ahead... How long will you tolerate the corrupt government of Mayawati and goonda raj of Samajwadi Party? You must root them out and give BJP a chance," he said. The state he comes from, Shah said referring to Gujarat, has water 1200 feet below the ground while UP, which has been blessed with rivers like Ganga and Yamuna, remained backward. "When SP comes to power, goondas (ruffians) rule the state and when Mayawati comes, there is a lot of corruption," he alleged, adding there was anger among people who wanted change. Seeking mandate for BJP, he said its government will follow the path shown by Upadhyay and work for the development of people of all castes and religions. If UP develops, the country's GDP growth can cross 10 per cent, he said. "We will work for the development of the last man in queue," he said. The BJP governments at the Centre and in states are observing the birth centenary year of Upadhyay as 'garib kalyan varsh' (the year of welfare of the poor) and decided to publicise a number of schemes of the Modi government to underline its "pro-poor" credentials.