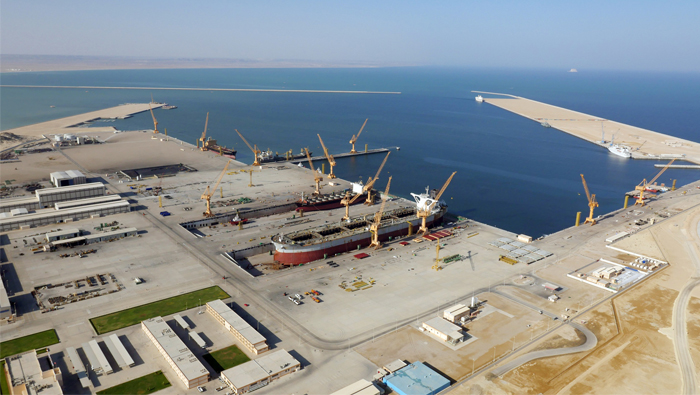 Muscat: A major joint venture project to produce 30,000 tonnes of Sebacic acid per annum in Duqm free zone will be commissioned by the end of 2017. The company also plans to float an initial public offering towards the end of 2019.
“We have completed 40 per cent of the construction work for building the plant in Duqm, which will be a 100 per cent export-oriented unit,” Pradeepkumar B. Nair, chief executive officer (CEO) of Sebacic Oman, told the Times of Oman.
Indian and Omani investors have promoted the state-of-the-art export-oriented project with a capital expenditure of $62.7 million.
He also said that the company has plans to float an initial public offering by the end of 2019. Sebacic Oman will offer 40 per cent of its equity capital to the investing public through an initial public issue on the Muscat Securities Market.
Get your essential daily briefing of our top business stories.
The company recently received an approval from the bourse authorities to list its shares in the third market, which is for closely held companies.
Sebacic acid, which is used for making high performance engine oil and lubricants, adhesives, engine coolants, bio-degradable packaging, sub-sea pipe/cable coatings, aerospace polymers, anti-corrosion applications and bio-plastics, is manufactured from castor oil (vegetable oil).
“The project has the capacity to produce 30,000 tonnes of Sebacic acid per annum,” Pradeepkumar added. This is the first project to manufacture Sebacic acid in the entire Middle East and North Africa (Mena) region.
Pradeepkumar noted that the entire production will be exported to the United States, Europe, Japan and China.
He further said that Sebacic acid is used for producing bio-degradable packaging for replacing cancer causing plastics. Food packages for children in the United States and Europe are being produced with bio-degradable plastics.
Demand for Sebacic acid is growing due to a ban on plastics in packaging food products for children in several developed countries and increasing aerospace applications. The castor oil derivatives market is worth $15 billion per annum and major demand is coming from the United States, Europe and Japan.
Sebacic acid is manufactured from castor oil, which is already grown in Oman. However, the company plans to import castor oil from India. As much as 70 per cent of world’s castor oil is produced in the Indian state of Gujarat. The castor plant grows on any soil and is found in Oman growing naturally. “Eventually, it will be grown in Oman.”
Pradeepkumar earlier said that for the first phase of the Duqm project, the total castor seed requirement will be around 100,000 tonnes per annum.
Pradeepkumar also noted that he has a similar plant in India’s Gujarat state and his company has been exporting Sebacic acid to several countries globally.
Pradeepkumar said the tax-free incentives of the Oman government in Duqm and good port connectivity are the advantages considered before locating the project there. The proposed liquid jetty is also an advantage.