Saudi hints at compromise with Iran on oil output 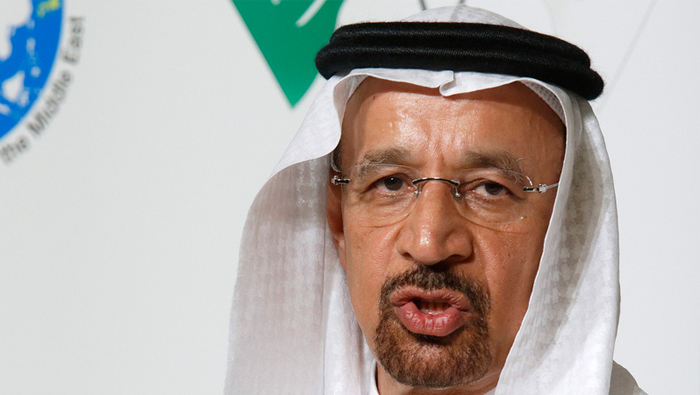 Algiers: Saudi Arabia gave the strongest indication yet it’s ready to compromise with regional rival Iran, potentially paving the way for the first limit on oil production in two years, although a deal is unlikely until Organisation of Petroleum Exporting Countries’ (Opec) next meeting in November.
Khalid Al Falih, who inherited an oversupplied oil market when he was appointed Saudi energy minister in April, appeared to show more flexibility toward Tehran, saying that Iran, Libya and Nigeria should be allowed to "produce at the maximum levels that makes sense".
"The gap between Opec countries is narrowing in terms of what are the levels at which we will freeze," Al Falih said after a long day of bilateral meetings in which Russia played the role of mediator between Riyadh and Tehran. "The opinions are getting very, very close together."
Still, Iran and Saudi Arabia face significant hurdles as both nations have yet to agree on their respective new production targets. As Opec was scheduled to hold informal talks in Algiers on Wednesday, they have now two months to resolve differences over production limits if they want to secure an agreement that could prevent another year of oversupply on the oil market.
The two countries started the meeting looking to close a gap of 600,000 barrels a day between their respective positions. The difference, more than the daily production of fellow Opec member Ecuador, shows how much work remains before the group can replace the pump-at-will policy adopted in 2014 that upended the oil market, shaking investors, corporations and entire economies. The stakes remain high as the International Energy Agency predicts a worsening oil market if Opec doesn’t act.
Consultation meeting
"It’s not our agenda to reach agreement in these two days,” Iran Oil Minister Bijan Namdar Zanganeh said on Tuesday. Al Falih echoed the sentiment, saying the meeting on Wednesday will be used for consultation and that he doesn’t expect that an agreement will come out of it.
The market reacted with skepticism to round-the-clock Opec meetings in Algiers and signs of progress among member countries, with Brent futures losing almost 3 per cent on Tuesday. The global benchmark pared its losses on Wednesday, rising 0.4 per cent to $46.13 a barrel in Singapore.
Still, the mere fact there are numbers on the table before Opec’s formal meeting in Vienna in November shows that Saudi Arabia and Iran are closer to a deal than any time in the last two years. While Tehran wants to set its production target at about 4.2 million barrels per day, Riyadh last week asked its regional rival to freeze its output at 3.6 million barrels per day in return for a production cut. Al Falih acknowledged that Iranian oil output has been constrained until now, yet he also said that any increase should not surpass "levels that they have achieved recently".
Mideast politics
At stake isn’t just current oil output levels, but a mix of Middle East politics and domestic pride that have over decades made the allocation of individual ceilings for each member of the Opec the most difficult issue the group has to deal with. Opec has in the past needed many months of behind-the-scenes diplomatic talks to resolve previous battles.
"There definitely seems to be a bigger push towards achieving some co-ordination amongst members this time around, so even if there is no concrete deal in Algeria, this isn’t over yet," said Amrita Sen at consultant Energy Aspects in London. "The door remains open for further negotiations and a possible deal at the November 30 Opec meeting in Vienna."
Whether Saudi Arabia and Iran can narrow the gap, will determine the fate of the oil market and industry in 2017. The stakes are high: the head of the International Energy Agency said on Tuesday that oil supply will exceed demand until late next year.
"We don’t see the oil market re-balancing until late 2017" unless there’s a “major intervention,” IEA executive director Fatih Birol said in Algiers.
Goldman Sachs, the biggest Wall Street bank in commodities, added to the pessimism, saying in a report to clients on Tuesday that the near-term oil "supply-demand balance is weaker than previously expected." The bank lowered its price forecast for New York oil futures for the fourth quarter to $43 a barrel, down from $50 a barrel.
As Opec ministers gathered in Algiers, they only agreed that oil prices weren’t high enough and a production deal was needed. Still, the history of Opec shows why returning to individual production ceilings is likely to prove arduous, even if most countries signal their desire to reach a deal to end the downturn.