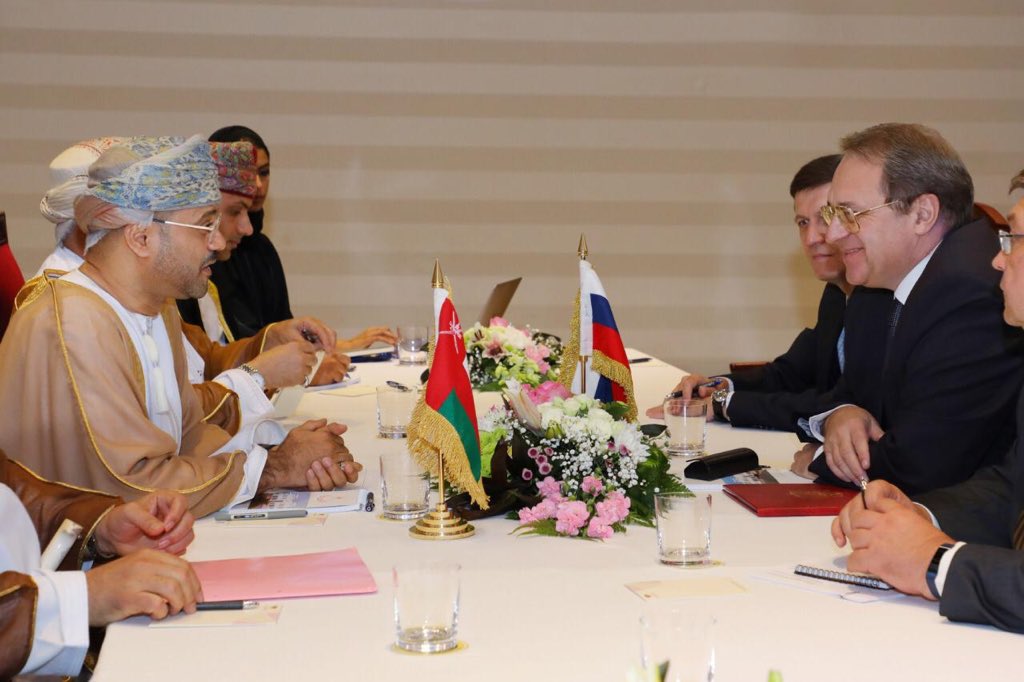 "The two exchanged their views on many issues of shared concern and stressed the importance of supporting all peace efforts in a manner which promotes peace and stability in the world," the statement added.

After their meeting, the Omani and Russian delegation held a round of political discussions.

The statement added: “A round of political discussions was held in Salalah between the representatives of Oman and Russia. H.E Sayyid Badr bin Hamad bin Hamood, the Secretary General of MOFA, headed the Omani side while H.E Mikhail Bogdanov headed the Russian side for the discussions."