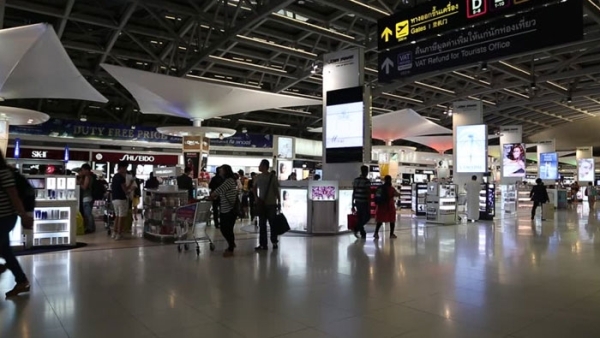 MUSCAT: Passenger movement through Oman’s airports during August reflected an increase, compared with the same month last year, according to the Oman Airport Management Company’s (OAMC’s) data.
During August 2016, OAMC recorded an 18 per cent jump in passenger movement through the Muscat International Airport, bringing the figure to 1,182,752 passengers, up from 1,002,719, compared with a year ago.
A 19 per cent rise in passenger movement was also registered since the beginning of this year until the end of August with 7,961,657 passengers recorded, up from 6,710,703 during the same period in 2015.
Civil aircraft movements indicated an 8 per cent rise, which translated to 9,279 aircraft, up from 8,600 in August 2015.
Salalah Airport’s passenger movement increased by 27 per cent, compared with last year, where 197,956 travellers passed through the airport as opposed to 156,223 in August 2015.
Civil aircraft movement recorded a growth of 5 per cent, with 1,316 registered last month, compared with 1,256 last year.
However, between January and August 2016, there was a 5 per cent drop where 6,959 aircraft passed through the airport, down from 7,321 during the same period last year.
Duqm Airport registered a 30 per cent surge in passenger traffic at 1,806, compared with 1,383 in August 2015, while civil aircraft movements remained stable at 36.
Meanwhile, OAMC is aiming to become one of the top 20 airports in the world by 2020 and as part of that initiative, it has coordinated with the Blood Bank in Baushar to donate blood.
Staff members of OAMC took some time out from their busy schedules to donate blood in order to contribute to the blood bank’s stock and compensate for shortages in supply.