Plan to curb cigarette sales near schools and colleges in Oman 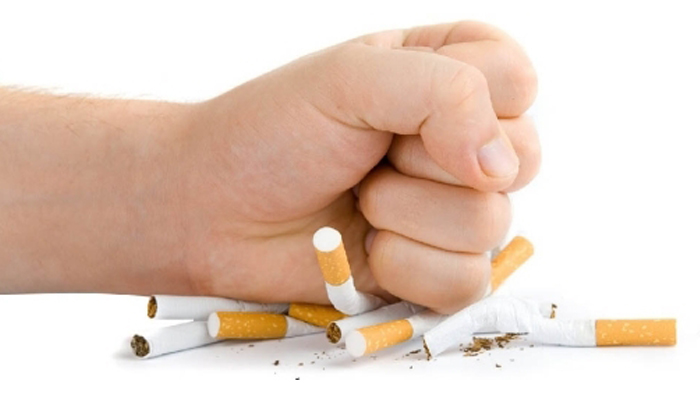 Muscat: Oman could soon ban the sale of cigarettes near schools and colleges following a proposal to this effect in a tobacco control meeting.
The meeting of the National Committee for Tobacco Control (NCTC) on Sunday also discussed a curb on importing and trading of electronic cigarettes and shisha.
Dr Jawad Al Lawati, senior consultant and rapporteur for the National Tobacco Control Committee at the Ministry of Health (MoH), said the meeting also discussed various aspects of efforts to bring uniformity in norms governing shisha cafes in public places and residential areas.
The meeting also reviewed the approval the leaders of the Gulf Cooperation Countries (GCC), on imposing a selective tax on tobacco. Such a move will hopefully take effect in October.
The meeting reviewed the progress achieved in implementing the Framework Convention on Tobacco Control in the Sultanate.
The Convention includes a decision of the Ministry of Information to ban any tobacco advertising across all mass media.
The meeting touched on the visit of the UN delegation to the Sultanate on non-communicable diseases, the developments on issuing the Tobacco Control Act, the latest move to join the Protocol to Eliminate Illicit Trade in Tobacco Products and updating the standards and specifications applicable in Oman on tobacco products.
Held under the chairmanship of HE Dr Mohammed bin Saif Al Hosni, undersecretary of the Ministry of Health for Health Affairs, the meeting was attended by committee members including representatives from the Ministry of Health, the Royal Oman Police (ROP), the World Health Organization (WHO), the Ministry of Commerce and Industry, the Ministry of Regional Municipalities and Water Resources, the Ministry of Education, the Ministry of Manpower, the Public Authority for Consumer Protection, the Ministry of Agriculture and Fisheries, the Ministry of Information, the Muscat Municipality and the Dhofar Municipality.
Despite the ban in place, some vendors in the city continue to sell loose cigarettes, particularly after the prices went up recently.
Dr Lawati said that it is illegal to sell cigarette sticks individually in Oman. “But some vendors continue to flout the law,” he said.
Many people have stopped buying cigarette packets after prices went up by 20 percent in Oman, following a hike in tax on tobacco products. The government raised the tax on tobacco products from 20 per cent to 40 per cent, a 100 per cent increase aimed at reducing smoking in the Sultanate.
A packet of that used to cost OMR1 now costs OMR1.2.
Lawati also said cigarette prices may be increased even further.
“The first phase of increase in prices has already been effected. Prices will rise soon even further in two more phases,” he informed.
Members of the National Tobacco Control Committee and Oman Anti-Tobacco Society also called for strict regulations to stop the sale of single cigarettes. “This will also keep children away from tobacco,” they said.