Big turnout in Salalah this year 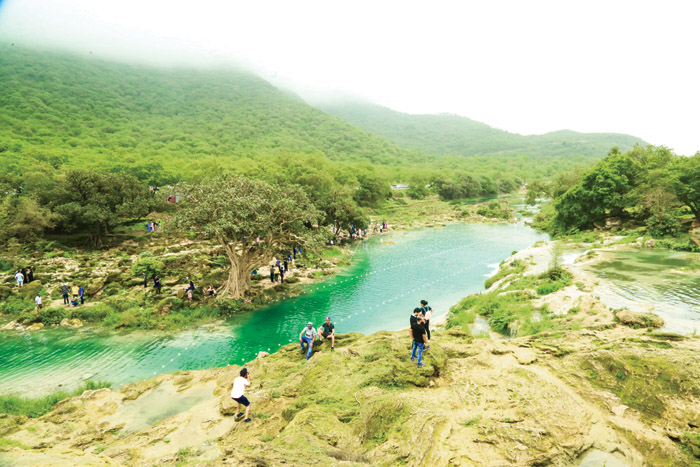 Muscat: Close to 700,000 people have visited Salalah so far this year.
As of August 20, some 699,217 people had visited Salalah, compared to the 715,305 who visited during the same period last year.
Omanis made up 71.5 per cent of the total number of visitors, while Emiratis constituted the second highest number at 7.7 per cent.
**media[1051017]**
Other GCC nationals accounted for 9 per cent, according to the survey on the number of visitors during the Salalah Tourism Festival 2019, which is carried out by the National Centre for Statistics and Information (NCSI). At the end of eighth week, 602,922 tourists had visited Salalah, compared to the 665,539 who visited during the same period in 2018.
**media[1051016]**
NCSI Statistics showed that 87.2 per cent of the visitors to Salalah by the end of the eighth week travelled by land, while a total of 22.981 travelled by air. The figures revealed that between the seventh and eighth week the number of visitors by air increased 38.7 percent. The number of visitors who made the trip to Salalah via domestic flights increased from 9,800 in the seventh week to 15,132 in the eighth week.