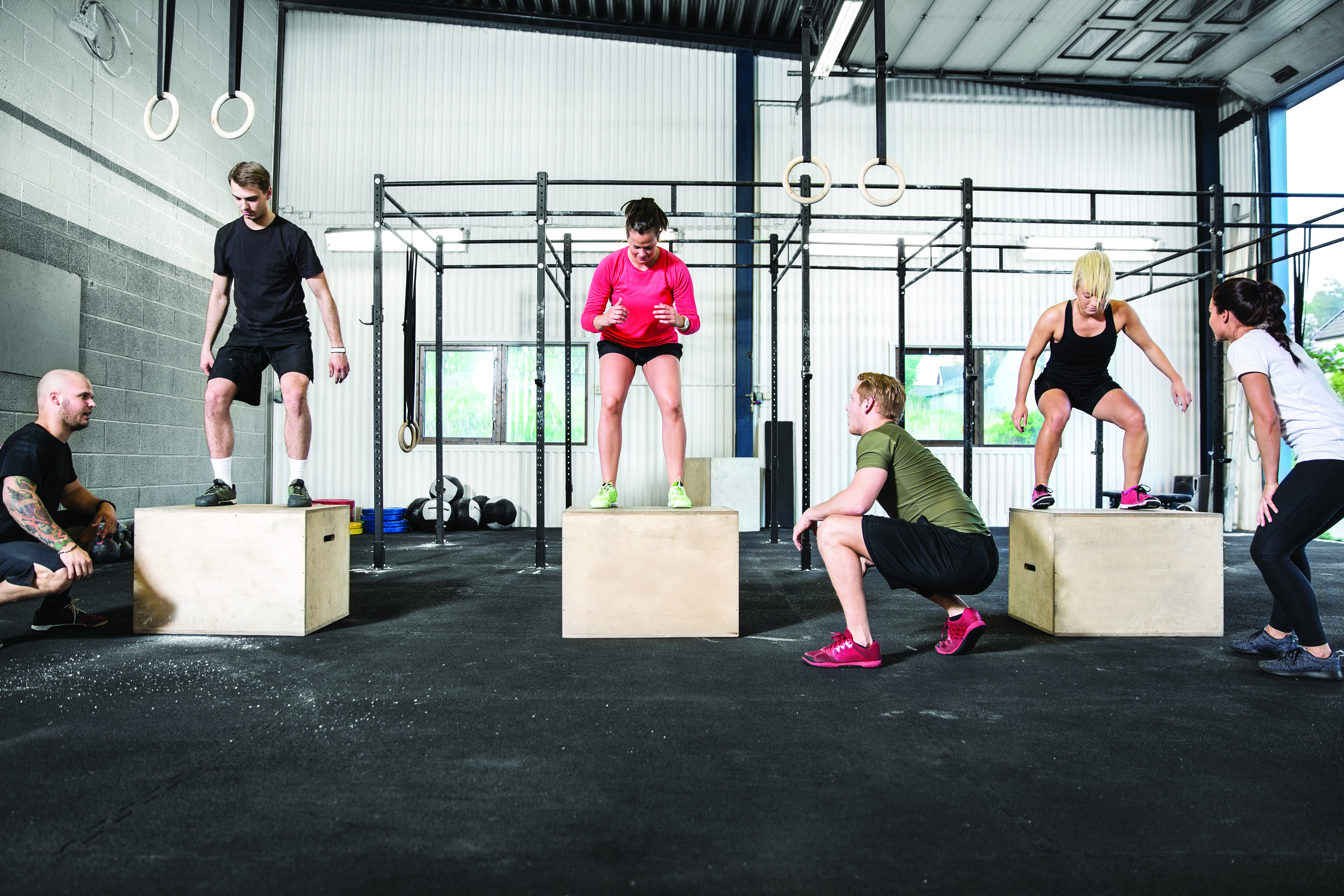 On my way to grab lunch in Al Khoudh last Saturday afternoon, I parked my car and found myself faced with a group of men and women sprinting across the street in, racing, and shouting with utter passion.
I could make out from their facial expressions that they were enjoying a seriously hardcore workout. Lucky for me, a member of the pack couldn’t keep up with the gang, so I hurried towards him, curious to find out what the group-sprint was all about.

I then approached the heavily breathing man, skipping the greetings in my excitement, and asked him what they were doing. Struggling to catch his breath, he pointed towards a huge building behind us which sported a big logo that read ‘CrossFit Tempo’.

I thanked him, and, ignored my hunger, rushed into the mysterious, completely-covered-from-the-outside place.

Founded in Santa Cruz, California by Greg Glassman, a trainer who worked with everyone from gymnasts to celebrities to police officers, alongside his then wife Lauren Jenai in 2000, CrossFit involves workout regimens that combine a high intensity interval aerobics with both equipmentless and also an Olympic-style equipment-based strength training, with the aim of maxing out one’s cardiovascular and respiratory endurance, stamina, strength, flexibility, power, speed, coordination, agility, balance, and accuracy.

CrossFit routines are known for being some of the toughest physical work-outs, encouraging participants to push themselves to their outer limits for fantastic fitness results.

In Oman, the CrossFit community is becoming vibrant, with loads of athletes and enthusiasts joining the group programme to better their athletic performances or lifestyles. So far, there are two CrossFit “boxes” in Muscat — CrossFit Tempo in Al Khoudh and CrossFit Wadi in Al Ghubra.

Some of these equipment are used by crossfitters inside and outside the box, at places such as beaches and mountains, where sometimes no equipment is needed at all.

The best part about CrossFit is that it’s not an individual sport, it has to be practised in a group for optimum benefits, and this also creates a kind of community where the fitters rain, bond, and motivate one another to complete the hour-long session.

CrossFit coaches usually put together a new set of exercises each day, the term is called W.O.D. (workout of the day), which is a list of movements one must complete before leaving the box.

These can include the standards, like squats, deadlifts, pull-ups, push-ups, and sprinting, along with the unique challenges like the tyre lifts and kettlebell sets.

A typical session at the box involves a warm-up, followed by a skill development exercise, which is a session dedicated to your weakest skill; to perfect it and perform it better, exercises such as rope jumping and climbing aren’t as easy as they seem.

then a dive into the intense W.O.D. session, finished off with a stretching session to relax the muscles before crawling out of the box, completely worn out.

These group workouts are kept small (at CrossFit Tempo, a session does not exceed 15 individuals), so the coach can focus on each person and their progress.

The effectiveness of this workout make CrossFit a worldwide fitness phenomenon, exploding from one “box” in Santa Cruz to more than 13,000 affiliated boxes around the globe in only 16 years.

The friendly community at Tempo invited me to attend a class to try their basic CrossFit moves, and boy was it hard. After the first 20 minutes I could barely put one foot in front of the other.

They explained to me that this cardio-based workout helps members improve overall health and achieve a fit, athletic physique, it isn’t for pumping up mega-muscles, though it certainly can be a great addition to a builder’s routine. And, let me tell you, CrossFit will make you realise how much fitter you could be.

Regardless of your current fitness level, anyone can join and benefit from CrossFit, regardless of weight, height, gender, or age.

CrossFit Tempo offers free trial classes, so head to their box in Al Khoudh to see if you have what it takes to be a crossfitter. I know you can do it.