Stunning Works of Art in Oman by Nikos Zarra 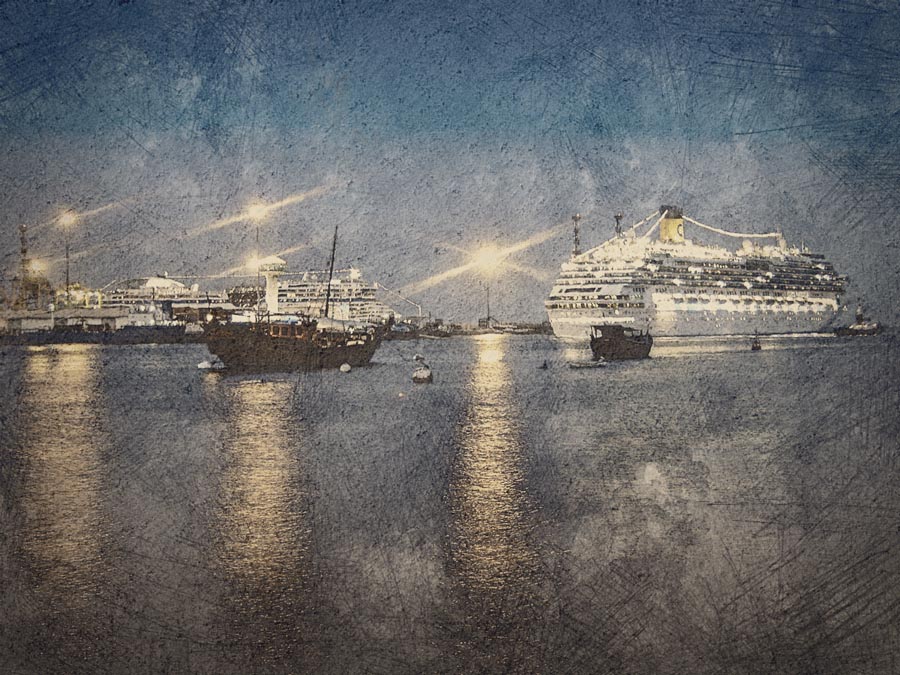 It has been just a few years for him in Oman and Nikos is already a known name in the art circle of the Sultanate.
“Art is such a passion that it cannot be explained in words. Only an artist can understand the depths of it,” says Nikos.
Nikos has developed his love for painting at the age of seven and since then there was no looking back. Nikos, who was born in South Africa, is an expert in sand paintings, water colours, oil colours, palette knife techniques, sketching, and also wall paintings.
“I always tried new techniques on my own and eight years back I came up with the technique of using sand as the texture for me was intriguing and it looked unique,” Nikos said.
“Drawing was already a natural obsession for me at a younger age,” Nikos recollects.
After completing his high school at the age of 16, he attended the fine art department in the Polytechnic School of Trikala, Greece, where he later taught design, history of art, sculpture, traditional crafts, and puppet designing.
“I later moved to Athens and studied at the Athens Technical and Arts Institution, majoring in Conservation of Ancient Monuments and Works of Art. I was taught not only design and restoration, but the crafting and nature of all materials used in art through the ages,” the artist said.
Nikos, who came to Oman few years back, has been working on various techniques since then and experimenting with different materials for his paintings.
Speaking about sand painting Nikos says that Oman and its natural beauty inspire him to continue his creations on canvas with sand.

“Where else is a better place to capture the beauty of the desert and culture than Oman,” he tells.
To make a perfect piece, many things should be kept in mind, according to him.
“A lot depends on the design and it takes from one week to even 1-2 months to finish an art piece, depending on the size and design,” he explains.
Nikos says that his sand paintings are created with pure sand collected from the beaches of different regions.
“It is an actual painting on a canvas and sand is glued with special glue through many layers,” he says while explaining the process. His work starts with a canvas where he sketches an actual piece of art and then glue the pure sand grains in the specific individual sections to get the 3D effect. “The painting starts with a sketch followed by pouring the pure colour sands by hand. The work is protected with a varnish to prevent it from damaging,” Nikos said. According to him, it’s a challenge to market his works in Oman especially, since the concept is different.
“I would just say that it is a challenge here as an artist especially because of my concept with the sand art is different and unique and people are skeptical to accept the concept,” Nikos said.
He has done various interior design works for shops and houses as well as creating and decorating baby rooms.
Nikos has also shared his expertise to the youngster generation in Oman. “I was teaching at PDO School Arts & Crafts and MuscArt Gallery and some other local schools. The feedback from the children was such a pleasure because what I was doing was different and unique with them. I am also currently having private lessons for children,” he said.
For him, a child is someone who thrives on creating new ideas that is why he treasures his classes with kids.
Recently Nikos had his own solo exhibition at the City Seasons Hotel and he has also participated in Bait Muzna Gallery Exhibition for Al Duqm. He had also exhibited his art in Dubai, Abu Dhabi Art Hub, Athens and his hometown Trikala.
Nikos masterpiece is his sand painting of a Lion’s head. Speaking about his future plans, he said, “As an artist, I would like to explore the beauty of Oman and indulge myself by creating pieces of art.” And his dream is to be acknowledged for the art that is created by him. His advice to someone thinking about starting painting is that to create whatever you want and believe in your creativity and ability.
Before moving to the Middle East, he worked in Athens as a puppet designer, theatre set designer, creator of children’s festival sets, interior designer, theatre and television animator of puppet shows and as a set designer.
“I have worked with Greece’s most famous puppet maker, Lakis Apostolidis, for more than a decade as a puppet maker and set designer,” he said. –[email protected]