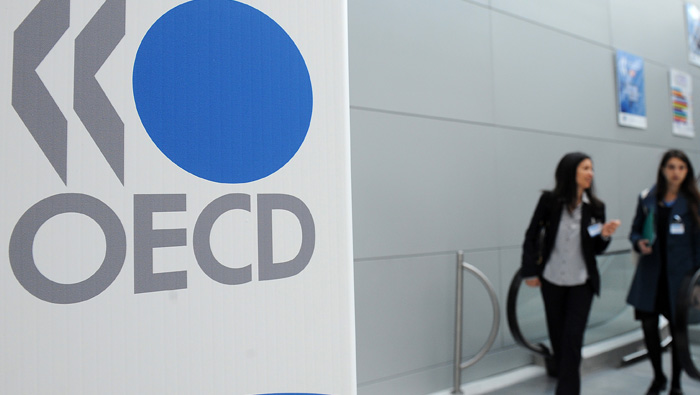 Paris: Global economic growth will flounder this year and next at rates not seen since the financial crisis as the march of globalisation grinds to a halt, Organisation for Economic Cooperation and Development (OECD) warned on Wednesday.
Long a motor for the global economy, trade growth is set to lag growth in the broader world economy this year, the OECD said in an update of its main economic forecasts. "This is well below past norms and implies that globalisation as measured by trade intensity may have stalled," the Paris-based organisation said.
As a result, the OECD estimated the global economy would muster growth of only 2.9 per cent this year, down from a forecast of 3 per cent in its last estimates in June and the lowest rate since the global financial crisis of 2008-2009.
The OECD said many global supply chains that add economic value at each stage and are often rooted in China and other east Asian countries were unravelling as China sought to wean its economy off of exports for growth and some firms brought back production to their home countries.
A growing backlash against trade liberalisation as well as recessions in some big commodity-producing countries were adding to the trade slowdown, which the OECD warned could erode already flagging productivity and thus ultimately living standards.
"If we could get back on track with the kind of trade growth that we had in the 1990s and 2000s, we would be able to return to productivity growth rates prior to the financial crisis," OECD chief economist Catherine Mann said in an interview.
"Productivity has basically fallen by half since the financial crisis and that is a recipe for breaking promises to all of our citizens," she said.
United States presidential candidate Donald Trump has campaigned hard to roll back trade liberalisation while Germany and other European countries saw tens of thousands of people protest on Saturday against planned free trade deals with the United States and Canada.
Mann said that while voters could easily see losses from increased trade in the form of job cuts, the gains - lower prices for goods and more choice - were less visible.
With global growth seen picking up to only 3.2 percent next year - trimmed from 3.3 percent in June, Mann warned that would be too little to generate the jobs that youths expected and to respect pension promises to the elderly.
The OECD said that growth in the United States was in particular looking weaker than only a few months ago, forecasting growth in the world's biggest economy at 1.4 per cent this year, down from a forecast of 1.8 per cent in June.
Next year, the OECD sees US growth picking up to 2.1 per cent, down from 2.2 per cent in its last forecasts from June.