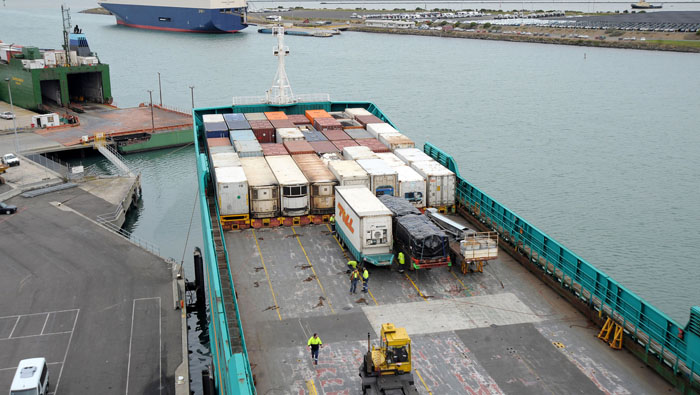 Melbourne: A group of global investors including QIC agreed to pay A$9.7 billion ($7.3 billion) to run Australia’s busiest maritime hub for 50 years, betting on steady income from the port’s daily stream of containers and new cars.
QIC teamed up with Australia’s sovereign wealth fund the Future Fund, Global Infrastructure Partners and Canadian pension manager Omers to run the Port of Melbourne, the group said in a statement on Monday. The port handles about 2.6 million containers annually and more than 1,000 vehicles a day.
The bid topped the Victoria state government’s estimate of A$7 billion. Across Australia, state-run asset sales are fetching higher-than-expected prices as yield-hungry fund managers search for recurring revenue from infrastructure businesses.
“To say that this is a good day, and that it was a pleasant surprise, I think would be a minor understatement,” state Treasurer Tim Pallas told reporters in Melbourne. “We have maximised the value for the taxpayer.”
The purchase of Port of Melbourne is a bet on maritime trade to and from Australia even after the collapse of Hanjin Shipping, the South Korean container line that sought bankruptcy protection last month. Hanjin is cutting its fleet by returning some chartered vessels to their owners as it struggles for survival.
In Australia, regional governments are selling assets to help fund new roads, rail and other projects. Victoria, the nation’s second-largest state economy, will use the funds to build a new underground rail tunnel and remove 50 rail level crossings.
Borealis Infrastructure Management Inc. invests globally in infrastructure assets on behalf of Omers. QIC is a Queensland state-owned investment manager. The port will “be an important contributor to our long-term investment objectives as Australia’s sovereign wealth fund,” Future Fund Chairman Peter Costello said in the statement.
A group including IFM Investors, Macquarie Infrastructure and Real Assets fund and Dutch pension fund APG Groep had also submitted final bids for the port, people familiar with the matter said last week.