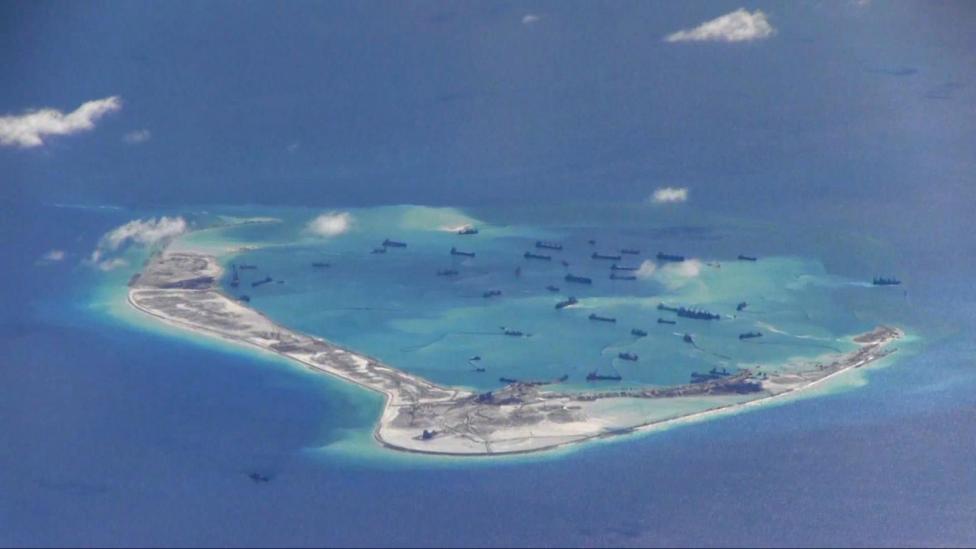 Beijing: China on Monday accused Japan of trying to "confuse" the situation in the South China Sea, after its neighbour said it would step up activity in the contested waters, through joint training patrols with the United States.
Ties between Asia's two largest economies have long been overshadowed by arguments over their painful wartime history and a territorial spat in the East China Sea, among other issues. China has repeatedly denounced what it views as interference by the United States and its ally Japan in the South China Sea.
Japan will also help build the capacity of coastal states in the busy waterway, its defence minister said last week during a visit to Washington. Chinese Foreign Ministry spokesman Lu Kang said countries in the region had reached a consensus that the South China Sea issue should be resolved through talks between the parties directly involved, and that China and Southeast Asian countries should jointly maintain peace and stability there.
"Let's have a look at the results of Japan's throwing things into disorder over this same time period ... trying to confuse the South China Sea situation under the pretence of (acting for) the international community," Lu told a daily news briefing, when asked about Japan's announcement. Japan's actions have simply pushed other countries away from it, and it has failed to compel other nations to see its point of view, he added.
"China is resolute in its determination to protect its sovereignty and maritime interests," Lu said.
China claims almost all of the South China Sea, through which ships carrying about $5 trillion in trade pass every year. Brunei, Malaysia, the Philippines, Taiwan and Vietnam also have claims in the sea, which is also believed to be rich in energy resources and fish stocks. In July, an arbitration court in the Hague said China's claims to the waterway were invalid, after a case was brought by the Philippines.
Beijing has refused to recognise the ruling.