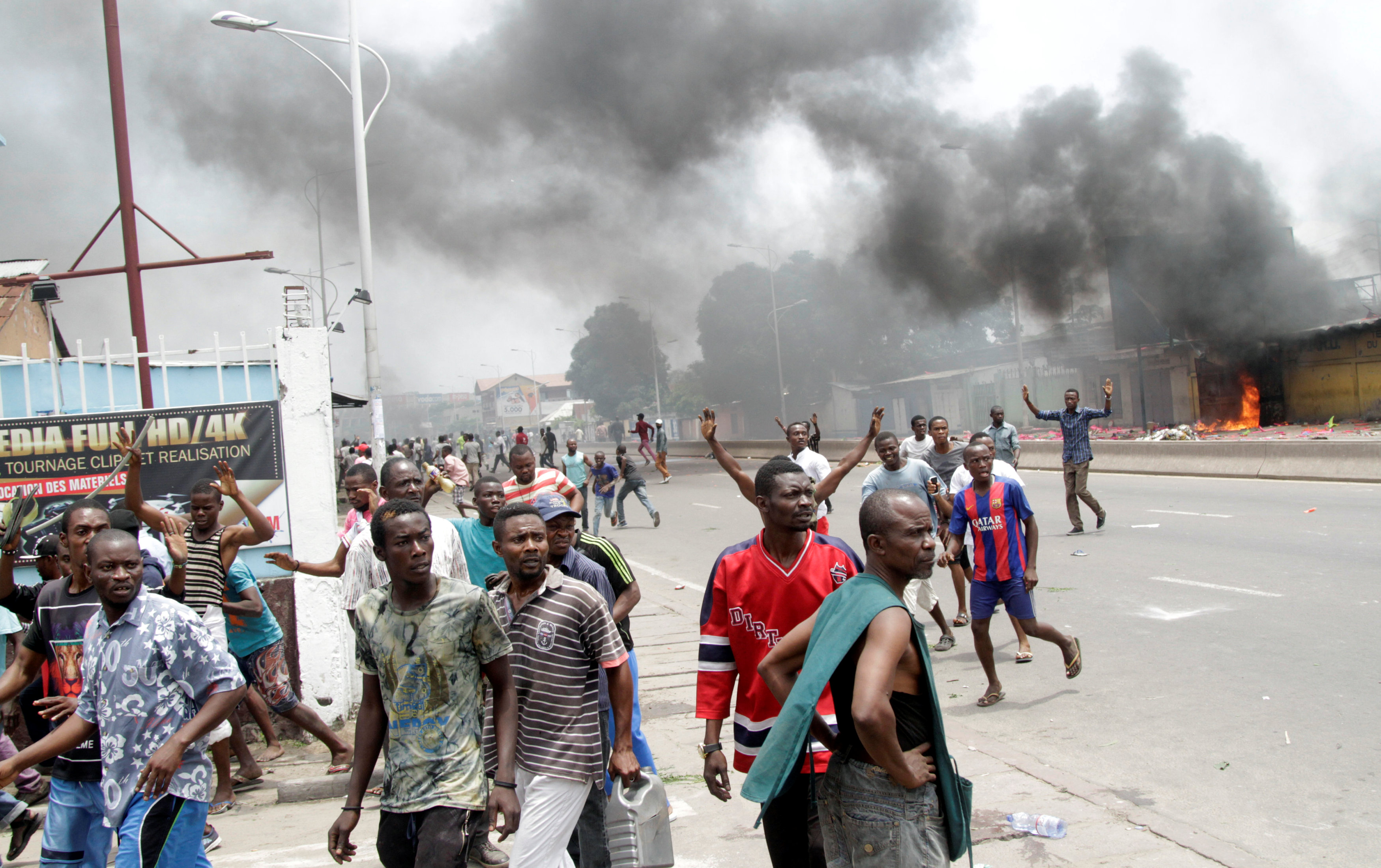 Kinshsha: At least 17 people including three policemen were killed when Congolese police and anti-government protesters clashed in the capital Kinshasa on Monday during a march against President Joseph Kabila's perceived bid to extend his mandate.
The protest, attended by thousands, came at a time of growing local and international pressure on Kabila to step down when his mandate legally ends in December.
The opposition accuse him of plotting to extend his tenure by delaying elections that were meant to happen in November until at least next year. His supporters deny this.
"Officially we have 17 dead in Kinshasa: three police and 14 civilians," said Interior Ministry spokesman Claude Pero Luwara.
Earlier, a Reuters witness saw a crowd burning the body of a police officer in the Kinshasa suburb of Limete in an apparent act of retaliation for police gunfire.
Georges Kapiamba, director of the Congolese Association For Access to Justice, a local NGO, said that security forces shot dead seven protesters.
Rights groups reported dozens of arrests of protesters and journalists in the capital as well as Goma and Kisangani where anti-government marches also took place on Monday.
Dozens of people died in similar protests against Kabila last year.
The vast, mineral-rich central African state has never experienced a peaceful transition of power. Donors fear that growing political instability could mushroom into armed conflict in a country plagued by militias, especially in its lawless eastern regions.
Millions of people died in regional wars in Congo between 1996 and 2003 that drew in armies from half a dozen countries.