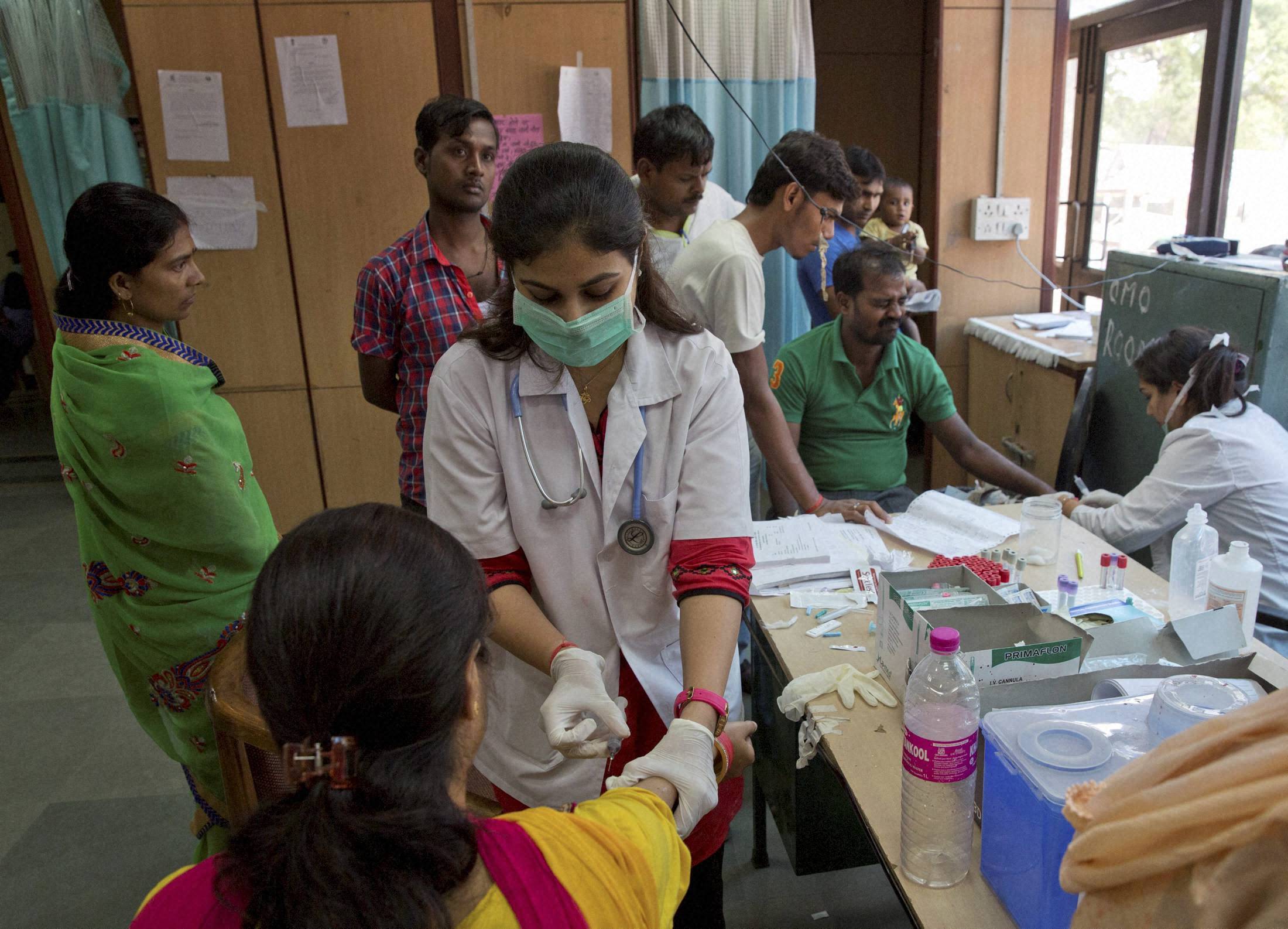 New Delhi: The chikungunya outbreak in the national capital is the worst in the last six years. According to municipal data, over 1,000 people have been affected by this vector-borne disease till September 10.
The last time the number of affected people reached three-figure mark was in 2011.
"In 2011, the total number of cases for chikungunya was 107, 6 (in 2012), 18 (2013), 8 (2014) and 64 last year. No deaths were recorded in these five years," a civic official said.
As per estimates by the South Delhi Municipal Corporation (SDMC) which tabulates the data for vector-borne disease cases in the national capital, on behalf of all the civic bodies here, 1,057 confirmed cases of chikungunya have been reported till September 10.
The National Vector-Borne Disease Control Programme (NVBDCP) has till September 11 put the number for chikungunya affected people at 1,724.
At least 15 deaths due to chikungunya complications have been recorded at various hospitals in the city but the civic bodies have kept the death tally at zero.
Also, the committee set up by the Delhi government to review cases of death attributed to dengue and chikungunya complications has "ruled out" chikungunya as the primary cause of fatality and said it was "co-morbid conditions" in its patients which led to their deaths.
Delhi and a few other cities in north India are seeing a sudden spike in chikungunya cases. The country saw the last major outbreak of the mosquito-borne disease in 2006 when over 1.3 million suspected chikungunya fever cases were reported.
This year till September 11, at least 14,656 cases have been reported across the country, with Karnataka alone accounting for 9,427 followed by 1,024 in Maharashtra and 543 in Andhra Pradesh.
Health experts say the sudden "upsurge" of the disease this year could be a result of "evolution" of the viral strain.
Doctors have detected that the viral strain is showing "different behaviour", though it will only be conclusive once research is conducted on the make up of the virus.
Experts also feel that north Indians could be succumbing to the vector-borne disease because of their "low immunity" to it.
"People in north India haven't been really exposed to the chikungunya strain compared to the population in the southern part of the country, and therefore they are more vulnerable to this viral attack," Municipal Health Officer of SDMC, B. K. Hazarika said.