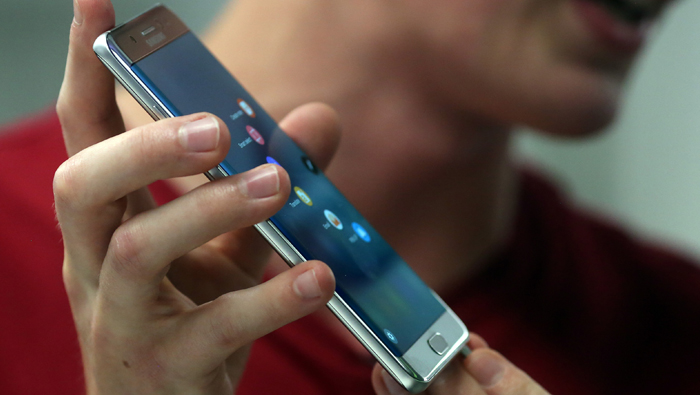 Seoul: Samsung Electronics will push out a software update for South Korea that caps the capacity of Galaxy Note 7 smartphone batteries at 60 per cent, a stop-gap measure to prevent overheating as the device’s global recall proceeds.
The unusual move, announced on the first day of a major national holiday, reinforces the urgency with which Samsung’s trying to contain its deepest crisis in years. The company announced the recall of the Note 7 — one of its best-reviewed phones upon debut — on September 2 after receiving 35 cases of the device overheating or catching fire. A week later, it urged local users to immediately power off their phones.
It’s unclear if or when Samsung will also push out updates in other countries where the Note 7 went on sale, including the United States. The software’s availability may vary in each market depending on the local situation and requirements, the company said in an e-mailed response to questions.
"We plan to carry out the Galaxy Note 7 software update starting from 2am on September 20,” Samsung said in a statement, which it said will only apply to phones that haven’t been exchanged for new ones. "This is a measure we are taking for our customers’ safety but we apologize for the inconvenience caused.”
Samsung said replacements for the recalled phones would be available from September 19.
The world’s largest smartphone maker also apologized to Korean users through nationwide newspaper ads on the first day of Chuseok, one of the country’s biggest festive occasions. It pledged to pay part of the mobile fees for customers who replace their Note 7s with new phones, without specifying amounts.
Samsung lost $22 billion in market value over the two days from Friday after regulators, airlines and the company itself warned against the use of the devices. The stock rebounded to end 4.2 per cent higher Tuesday.
"Samsung Galaxy will be reborn as a loved and trusted brand through more rigorous quality control,” it said in the ads.