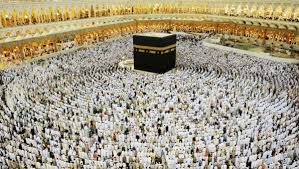 Muscat: An Omani pilgrim was killed in a road accident in Saudi Arabia, the Oman Haj Mission announced on Wednesday.
The Ministry of Endowments and Religious Affairs said that Omani national Mohammed bin Salem Al Muzaini died in a traffic accident in Saudi Arabia.
A statement, displayed on the ministry’s Twitter handle, reads: “The Oman Haj Mission mourns the death of pilgrim Mohammed bin Salem bin Saleh Al Muzaini on in a grievous traffic accident.”
A reliable source at the Omani Haj Attaché in Saudi Arabia confirmed the news and explained that Al Muzaini was walking in the Mina area of Mecca when he was crushed by a police vehicle. “It happened accidentally and the body will be buried here in Mecca.”