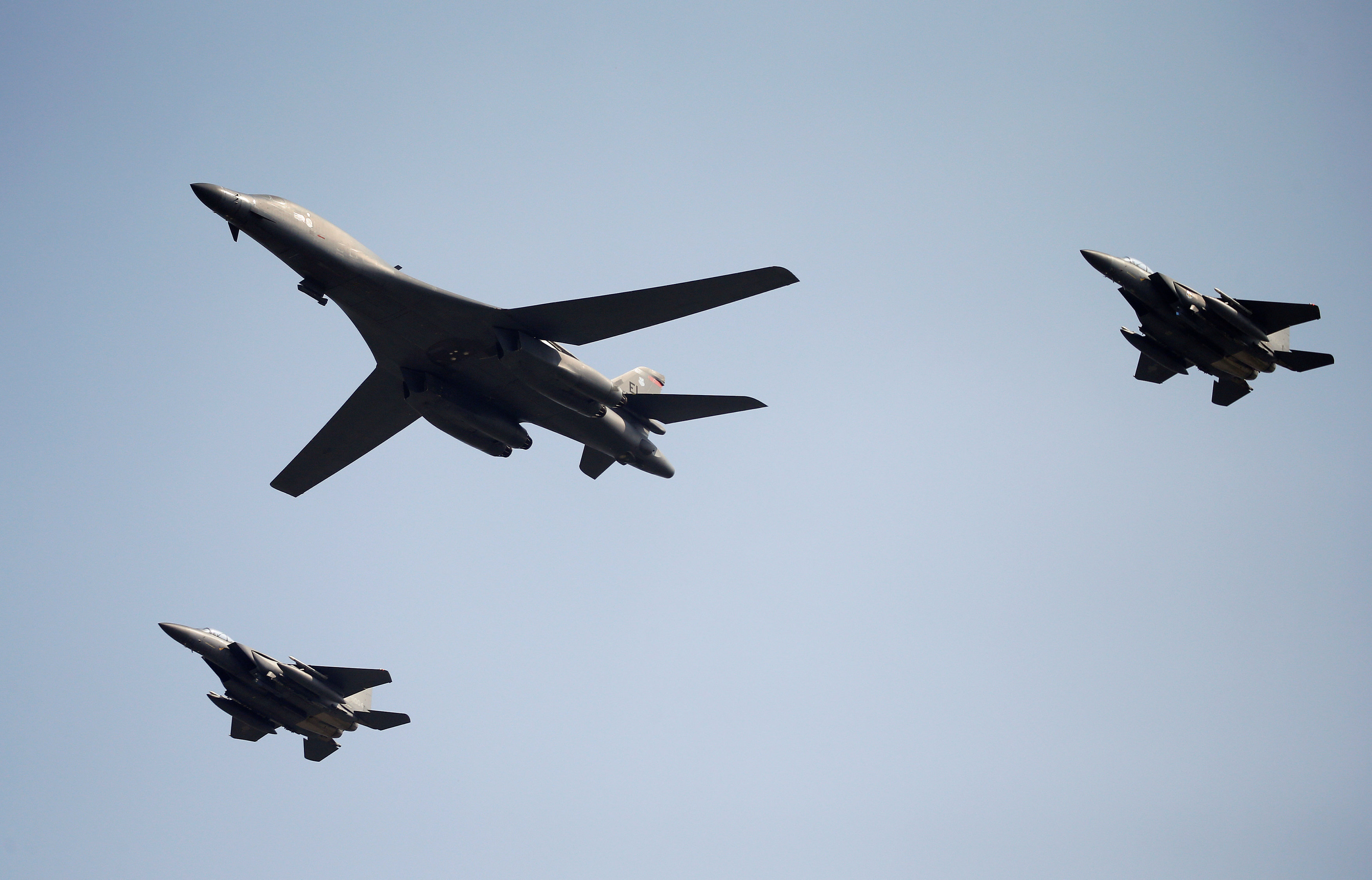 Seol: Two U.S. B-1 bombers flew over South Korea on Tuesday in a show of force and solidarity with its ally after North Korea's nuclear test last week, while a U.S. envoy called for a swift and strong response to Pyongyang from the United Nations.
Speaking in the South Korean capital on Tuesday, Sung Kim, the U.S. envoy on North Korea, added that the United States remained open to authentic, meaningful dialogue with Pyongyang on ending its pursuit of nuclear weapons.
"Our intention is to secure the strongest possible (U.N. Security Council) resolution that includes new sanctions as quickly as possible," Kim told a news briefing after meeting his South Korean counterpart. He said the United States would work with China, North Korea's major diplomatic ally, to close loopholes in existing resolutions, which were tightened with Beijing's backing in March.
"China has been very clear that they understand the need for a new U.N. security council resolution in response to the latest North Korean nuclear test," Kim said. However, China and Russia, which strongly oppose a recent decision by the United States and South Korea to deploy an advanced anti-missile system in the South to counter the North's missile threat, have shown reluctance to back further sanctions.
"Both sides think that North Korea's nuclear test is not beneficial to peace and stability on the Korean peninsula," China's official People's Daily newspaper said on Tuesday following a high-level China-Russia security meeting in Beijing.
"At present, we must work hard to prevent the situation on the peninsula continuing to escalate, and put the issue of the nuclearisation of the peninsula back on the track of dialogue and consultation," it said.
The pair of supersonic B-1 Lancer strategic bombers, based in Guam, were escorted by South Korean and U.S. fighter jets, in a low-altitude flight over South Korea's Osan Air Base, which is 77 km (48 miles) from the Demilitarised Zone border with the North and about 40 km (25 miles) from the South's capital Seoul.
North Korea's official KCNA news agency said public anger was "exploding like a volcano" against Washington's dispatch of bombers to South Korea.
"Any sanction, provocation and pressure cannot ruin our status as a nuclear state and evil political and military provocations will only result in a flood of reckless nuclear attacks that will bring a final destruction," KCNA said.
North Korea's weapons enhancements, including the testing of various types of missiles this year at an unprecedented rate, have alarmed neighbours South Korea and Japan. South Korean President Park Geun-hye maintained her tough stance against the North, with which the South remains technically at war after their 1950-53 conflict ended in a truce, not a peace treaty. "I want our government and military to stay fully ready to retaliate, determined to end North Korea's regime once North Korea fires even one missile nuclear-armed missile toward our territory," Park told a cabinet meeting.
A group of lawmakers in South Korea said on Monday the country should have a nuclear force of its own, either by acquiring weapons or asking the United States to redeploy tactical nuclear weapons withdrawn under a 1991 pact for denuclearisation of the Korean peninsula.
Kim, the U.S. envoy, said there was no need to reintroduce nuclear weapons in South Korea. North Korea has refused the U.S. demand that it accept denuclearisation as a condition for holding dialogue. "It's a question of North Korean intentions and commitment.
If North Korea is ready to talk to us sincerely, I think we can work with that within the six party process," Kim said.
The so-called six party talks aimed at ending the North's nuclear programme involve the United States, Russia, Japan, South Korea, China, and North Korea but have been stalled since 2008. South Korea said on Monday the North is ready to conduct an additional nuclear test at any time after setting off its most powerful blast to date on Friday.