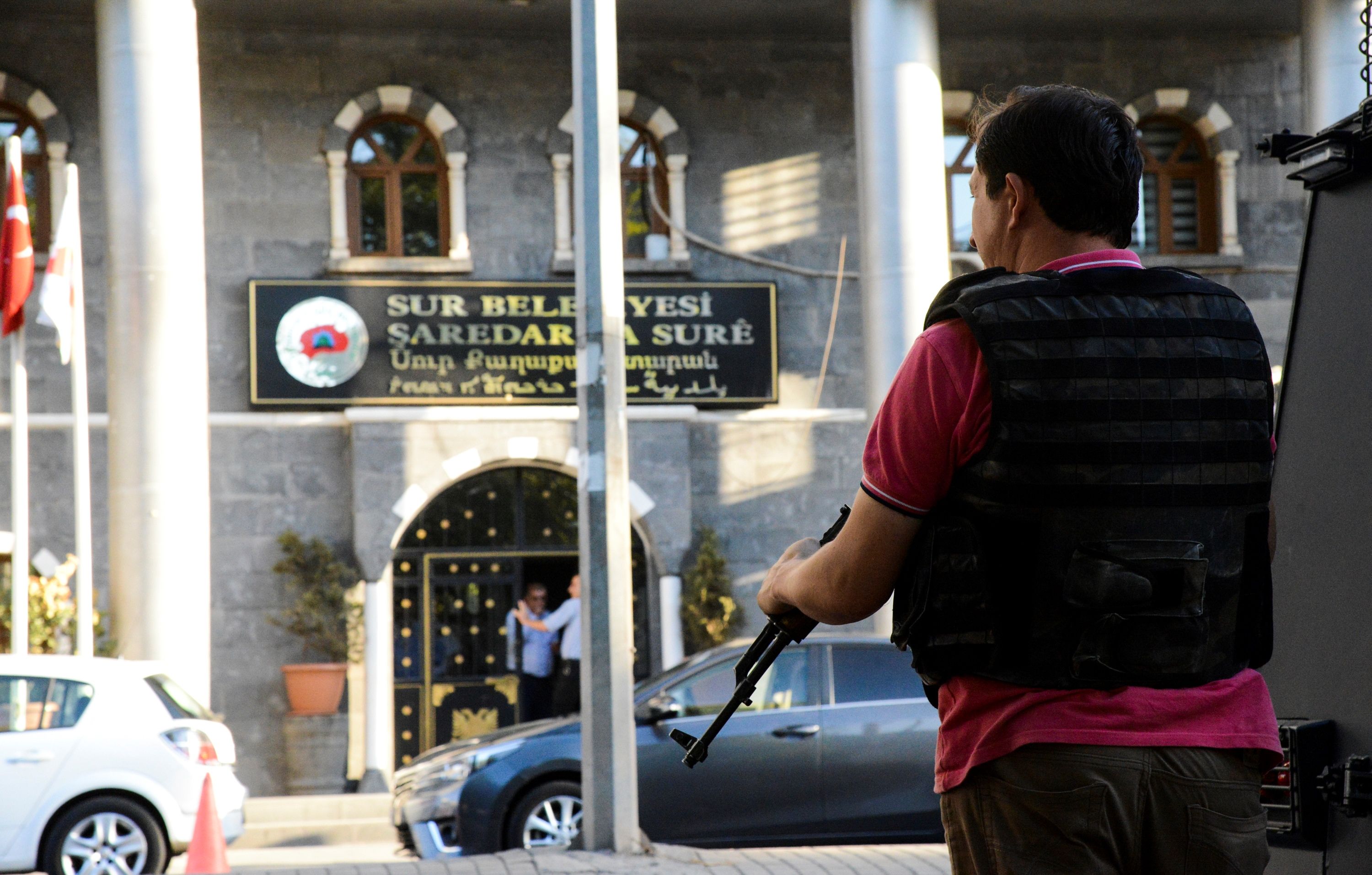 Diyarbakir: Suspected Kurdish militants detonated a car bomb near local government offices in Turkey's southeastern city of Van on Monday, wounding scores of people, a day after two dozen mayors from Kurdish-run municipalities were stripped of office.
The blast hit some 200 metres from the Van provincial governor's office, security sources said, ripping through the city's central district and setting buildings and cars aflame.
Officials said 48 people were wounded but no one died. Iranian nationals may have been among the wounded, CNN Turk said.
Van sits about 100 km east of the border with Iran. Southeastern Turkey has suffered repeated bombings and other attacks since the Kurdistan Workers Party (PKK) militant group, which has waged a three-decade insurgency for Kurdish autonomy in the region, abandoned a ceasefire in 2015. Security sources said they suspected the PKK was behind the bombing in Van and that an operation had been launched to pursue the suspected militants.
There was no immediate claim of responsibility. The blast tore the front off a four-storey building. Footage from the Dogan news agency showed water cannon trying to douse flames on the street opposite. The district, normally busy, was more empty of traffic on Monday, the first day of the Muslim holiday of Eid al-Adha.
Burhan Kayaturk, a local member of parliament from the AKP, said the blast had targeted the ruling AK Party's offices, but that they were well-secured and had not been badly damaged.
Turkey appointed new administrators in 24 Kurdish-run municipalities mostly in the southeast on Sunday after removing their mayors over suspected PKK links, triggering protests. Four towns in Van province were affected by the removals.
President Tayyip Erdogan said on Monday that Turkey had evidence that the mayors had sent support to Kurdish militants, and that they should have been stripped of their roles sooner. "It is a step taken too late in my opinion," Erdogan told reporters in Istanbul after attending Eid prayers.
"They sent the support they received to the mountains, but this has all been discovered," Erdogan said, referring to Kurdish militant bases in the mountains of southeastern Turkey and northern Iraq.
"Our government took this decision based on all of this evidence." The municipalities were run by local associates of the pro-Kurdish opposition Peoples' Democratic Party (HDP), the third-largest party in parliament. The HDP decried what it said was an "administrative coup" and said the move was illegal.
Erdogan said last week that the campaign against the PKK - considered a terrorist organisation by the United States and European Union - was now Turkey's largest ever and the removal of civil servants linked to them was a key part of the fight.
The U.S. embassy said on Sunday that while it supported Turkey's right to combat terrorism, it hoped the appointment of government administrators would be temporary and that local citizens could soon choose new representatives.