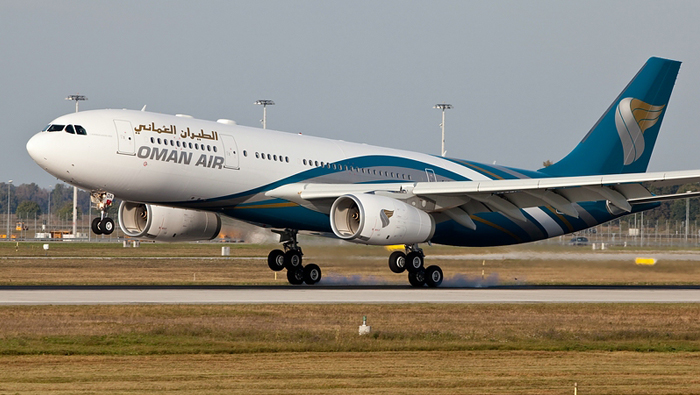 Muscat: Oman Air has added extra flights between Salalah-Muscat-Salalah to meet the demand due to the increasing volume of passengers. Oman Air will operate seven extra flights on September 16 and 17 between Muscat-Salalah-Muscat, the airline tweeted on its official twitter handle.
The airline will operate three flights on September 16th and four flights on September 17th on the Muscat-Salalah-Muscat route.
Tickets can be booked online via omanair.com or can call (968) 24531111, tweet added.
Oman Air has provided a substantial boost to its services to Salalah over the summer months, in response to customer demand.
The number of visitors to Salalah until 5 September surged by a whopping 21.4% compared with figures for the same period last year, according to statistics released by the (NCSI).
Total visitors rose to 615,948 as of 5 September, from 507,225 visitors during the comparable period last year.
NCSI statistics shows that as many as 125,323 visitors reached Salalah by air as against 490,625 who arrived by road.
Giving a break-up of the number of visitors by air, the report says the majority of them – numbering 80,456-- arrived on domestic flights, while international carriers brought in 44,867 visitors.
Significantly, during the period, visitors from the Sultanate registered a significant growth of 20.6% with their numbers reaching 452,195, compared with last year's 375,084 inland visitors.
Khareef visitors from the GCC (including Oman) swelled in numbers by 22.6% to touch 557,655 as against 454,739 visitors last year.