India prohibits use of Samsung Galaxy Note 7 on board aircraft 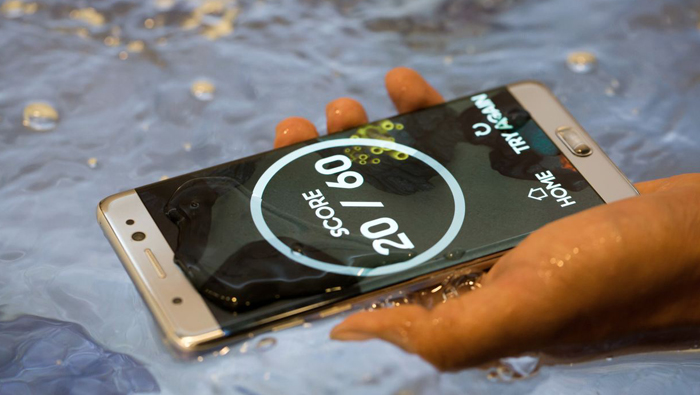 Muscat: Indian civil aviation authority has prohibited passengers from carrying Samsung’s Galaxy Note 7 smartphone on board an aircraft following reports of the device catching fire.
The government has also advised passengers not to put the phone in their check-in baggage.
“This has been done in light of several incidents globally, involving the battery of Samsung Galaxy Note 7. Passengers have also been advised not to stow them in their checked in baggage,” the ministry said in a statement.
Oman Air on Sunday issued a warning prohibiting its passengers from using or charging the Samsung Galaxy Note 7 devices onboard its flights.
Jet Airways, the Indian airline flying from Oman to India, has also banned passengers from carrying Samsung’s Galaxy Note 7.
The government’s order came hours after the US Federal Aviation Administration (FAA) issuing a directive in this regard.
“In light of recent incidents and concerns raised by Samsung about its Galaxy Note 7 devices, the Federal Aviation Administration strongly advises passengers not to turn on or charge these devices on board aircraft and not to stow them in any checked baggage,” the US FAA order said.
The South Korean manufacturer announced last week it was recalling all Galaxy Note 7 smartphones equipped with batteries it has found to be prone to catch fire.
On Friday, Singapore Airlines Ltd became the latest carrier to ban use of the phones during flights, following an identical move by three Australian airlines, according to a Reuters report.
On Thursday, Australia’s Qantas Airways Ltd, Jetstar Airways and Virgin Australia Holdings Ltd announced they had banned passengers from using or charging the phones in response to the recall.
Australia’s aviation regulator said on Friday it is working with airlines and foreign aviation safety regulators “to ensure that recalled devices are treated and carried safely.”
The FAA statement does not order US airlines to take action.
The International Air Transportation Association said airlines have conducted risk assessments and noted that other phones have been recalled for battery issues.
“Although Samsung is the most recent company advising of faulty devices, others have issued similar recalls and warnings regarding lithium batteries in laptops over the last 12 months, so the industry is familiar with and equipped to manage such situations,” the IATA said.