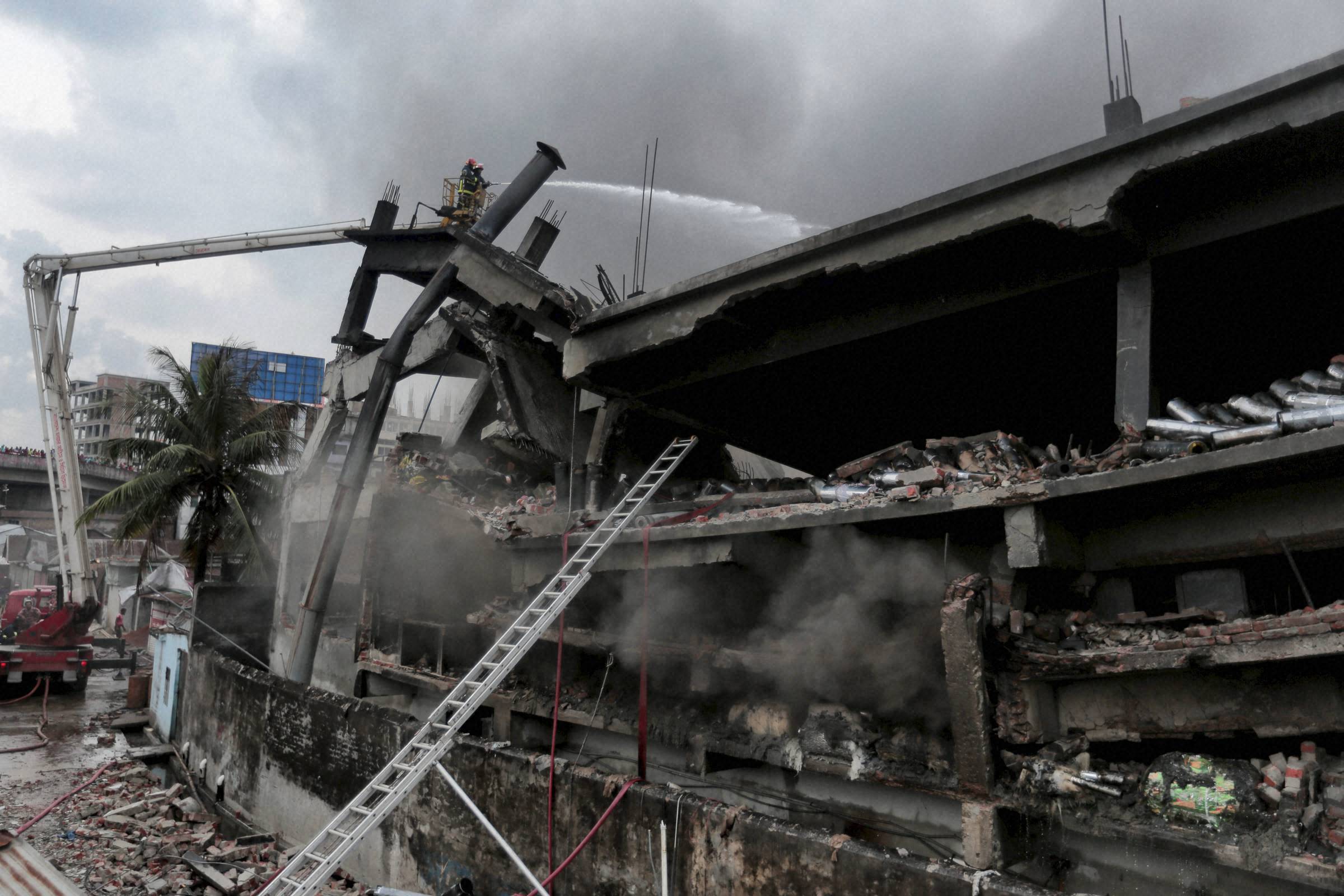 Dhaka: The fire at a food and cigarette packaging factory in Bangladesh that killed at least 26 people has been extinguished, but heavy smoke and the risk of the building collapsing further were hampering the search of the premises, officials said on Sunday.
Saturday's blaze was the country's worst industrial accident since the Rana Plaza building collapse of 2013 that killed 1,135 garment sector workers, and raises further questions about Bangladesh's safety record.
"The building is hot and it is not possible to enter," said Ajit Kumar Bhoumik, a senior official with the fire department, early on Sunday. "Also there are huge cracks in the building, so it is very risky to enter without precautionary measures." He said that the death toll from the blaze had risen to 26.
Some fear it could increase further once search efforts begin. The cause of the fire in the Tongi industrial zone about 20 km (12 miles) north of the capital, Dhaka, was not immediately known, but officials said a boiler explosion probably triggered it.
The blaze broke out as workers prepared to swap shifts in the early hours of Saturday morning. Mikail Shipar, government secretary with the ministry of labour and employment, told Reuters the government was now going to investigate safety at all of the hundreds of factories in the Tongi industrial zone.
"We checked the design of this factory and initially it is our understanding that it was a one floor building and later the floor had been raised, similar to case of Rana Plaza," he said. Shipar added that an investigation would be carried out and if anyone was found guilty of negligence, action would be taken.
"I have already been asked to formulate a project to inspect all the factories in all four industrial zones in the country," he said. The location of the boiler in the building was also being scrutinized. The fire is the latest in a series of industrial accidents in the South Asian country, which is the world's second biggest garment exporter behind China.
The Rana Plaza disaster sparked demands for greater safety in the country and put the onus on foreign companies sourcing clothing from Bangladesh to act. The disaster led to the creation of two international coalitions designed to help fund improvements to building and fire safety at thousands of garment factories across Bangladesh.
One official on Saturday said that the government's focus so far had been mainly on garment factories, and less so on other industries, but that was now likely to change.
The blaze at Tampaco Foils caused the partial collapse of the factory building, which packages various items, including food and cigarettes, for several local companies and global brands such as British American Tobacco and Nestle .