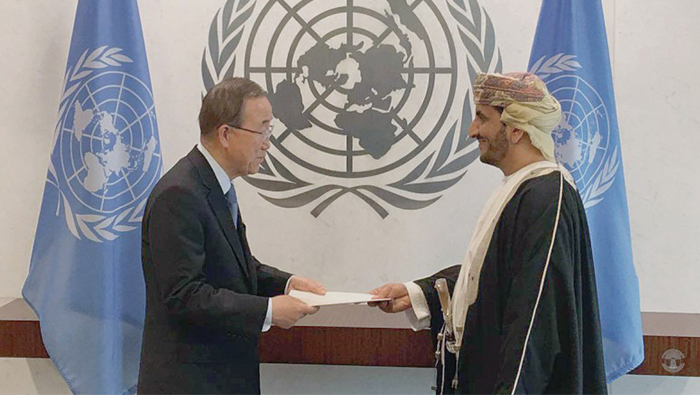 Muscat: Ambassador Shaikh Khalifa bin Ali Al Harthy presented his credentials as the Sultanate’s permanent representative to the United Nations when he was received by the UN Secretary-General Ban Ki Moon at organisation’s premises.
During the meeting the ambassador conveyed the greetings of the Sultanate’s government to the UN secretary- general. He hailed the role played by the UN to achieve international peace and security confirming the Sultanate’s readiness to cooperate with the UN in all fields.
The UN secretary-general commended the wise approach of His Majesty in applying the principle of dialogue in solving the international issues and the positive role played by the Sultanate in dealing with the existing issues in the region. He wished the ambassador a successful mission.