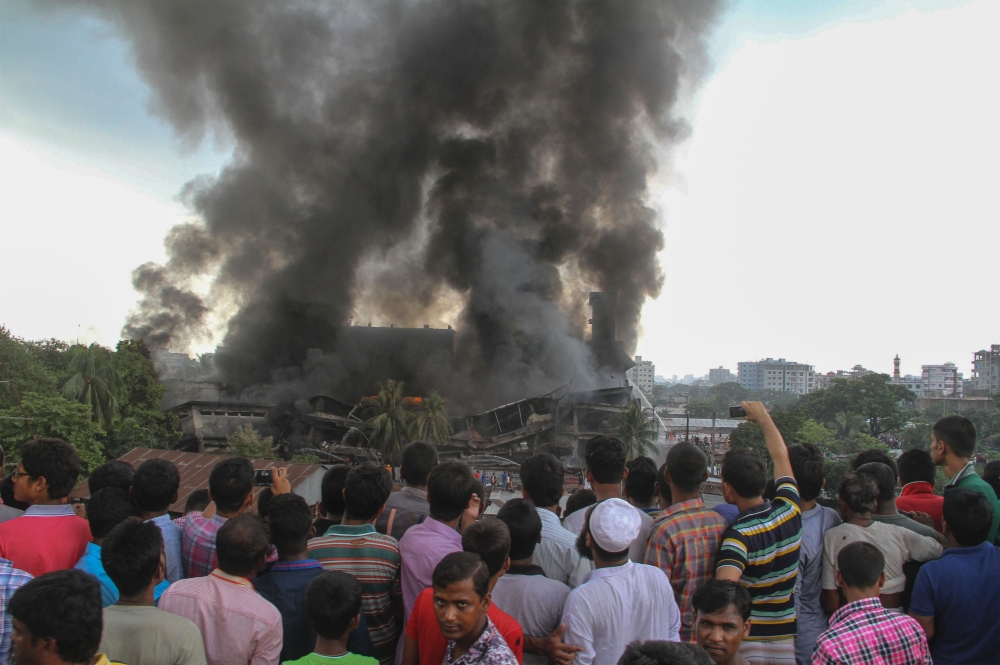 Dhaka: At least 15 people were killed and 70 others sustained burn injuries on Saturday in a massive fire triggered by a boiler explosion at a packaging factory in Bangladesh's industrial area, just north of the capital Dhaka.
The fire broke out due to boiler explosion at the four-storey Tempako Packaging Factory around 6:15 AM in Bisic industrial area of Tongi, said Gazipur Fire Service and Civil
Defence Deputy Assistant Director Akhtaruzzaman.
Fifteen people have been killed and 70 others injured, many of them critically, said doctors at the state-run Dhaka Medical College Hospital.
Ten of the injured are struggling for life with critical burn wounds, they said.
"The bodies of 10 people were kept in the hospital," Md Parvez Mia, a residential doctor of 50-bed Tongi Government Hospital, was quoted as saying by the Dhaka Tribune.
A part of the building collapsed as the rage of the blaze spread despite frantic efforts of the fire fighters.
Twenty units of firefighters were trying to douse the fire.
The factory produced and printed the plastic packaging for food items like potato chips and small household goods including mosquito coils.