Parents in Oman advised to act early to fight autism 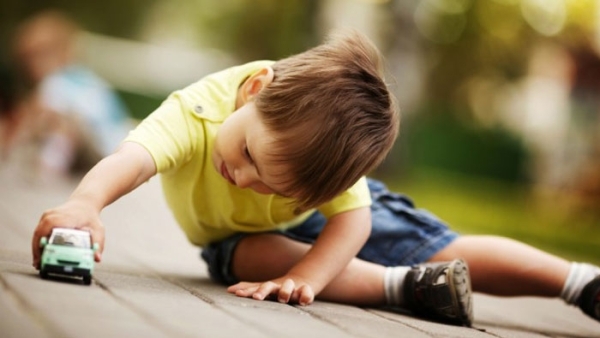 Muscat: Parents have been advised to send their children for vaccinations from a young age and to fill a questionnaire to detect any early signs of autism so that such children can receive rehabilitation and training in the early stages.
Dr. Amira Al Raidan, head of the Mental Health Department at the Non-Communicable Diseases Department of the Ministry of Health and Psychiatrist at the Addiction Unit of Al Masarrah Hospital, advised parents to take their children, aged 16 to 30 months, for vaccinations and to fill out a questionnaire to determine the child’s behaviour.
“The idea is that if the father, mother or caregiver approaches the vaccination clinic, they will receive a form with 20 general questions on it,” said Al Raidan, adding that questions would be something like—Does the child look at you when you talk to him? Does the child get annoyed from loud sounds? etc.
“If the score is normal, then the parent is informed that everything is normal, but if the score is border line, the clinic will have to send the child to a paediatrician,” she added.
Signs, such as a child screaming when being touched or poor eye contact, could prompt the nurse or doctor to refer the child and parent to a paediatrician, who will deliver a full assessment of the child. The paediatrician will assess the development and intellectual abilities, among other aspects and based on the results, the paediatrician might send the child to a psychiatrist to confirm the results.
According to the National Centre for Statistics and Information, 38,550 cases of autism were recorded in 2015 in Oman.
Al Raidan said such children can be trained and rehabilitated, based on their behaviour.
“The cure is to train and rehabilitate the child by using certain techniques to get the child back to normal; I’m not saying they will be 100 per cent normal, but at least when you talk to the child he will listen,” Al Raidan explained, adding that during rehabilitation, an instructor will try and modify their behaviour and bring their attention towards whoever is talking to them.
She also noted children have autism of varying levels of intensity; some are severe, while others are subtle.
Some children who are “normal” can also show signs of autism, such as a quiet child in school. She explained that sometimes parents say it’s normal because the father was the same when he was the child’s age, but that is not true and must be assessed.
“The delay in intervention is a delay in response. The child will be already grown, but won’t have the ability to grasp and absorb information like a young child. That’s why we try to do the screening and rehabilitation at a young age before school,” said Al Raidan.
“The child will then be able to participate like any other child in school, whether a special needs school or a regular one,” she added.
Some families in the Sultanate do not take their children for vaccinations due to the misconception that it is a trigger for autism. Similarly, feeding children specific foods that could cause autism is another misconception that Al Raidan refuted.
She said there isn’t any evidence to back up the claims that vaccines and certain foods cause autism, but advised parents to get their children vaccinated and feed them a healthy and balanced diet.
“Vaccinate your children because it doesn’t have any relation (to autism) and there isn’t a special food to be given to the child—he has to eat everything and get the necessary nutrients,” advised Al Raidan.
“Go to health centres for vaccinations and apply checks on your children. If the child is autistic, don’t hesitate and ask for service,” she added, stressing that parents should not listen to other people’s advice about how to take care or rehabilitate their children and instead should take them to professionals.
It’s worth mentioning that the national screening for autism spectrum disorder is carried out through a collaboration between the Mother and Child Department, the Mental Health Department, and the Child Development Clinic at the Sultan Qaboos Hospital.