Oman Air defers launch of flight to Najaf in Iraq 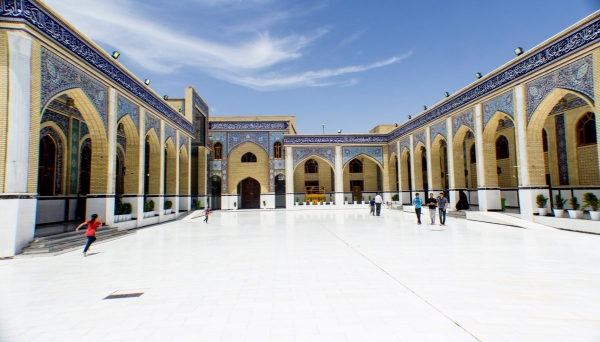 Muscat: Oman Air’s first flight to Najaf in Iraq has been deferred, according to a spokesperson for the Sultanate’s national carrier.
It was earlier announced that Muscat and Najaf will be connected by Oman Air from September 15, 2016.
“Our operations to Najaf have been delayed as we await final clearances from the concerned authorities,” the spokesperson for Oman Air told the Times of Oman on Monday.
The city of Najaf in Iraq is a thriving religious tourist destination and is located about 160 kilometres south of Baghdad.
“These clearances have been delayed, and Oman Air will not compromise on flight safety issues,” the spokesperson stated.
The airline had recently announced flights to Guangzhou in China from December.
“From December 9, 2016, we will fly to Guangzhou, non-stop four times a week,” the airline said.
As part of Oman Air’s expansion programme launched in late 2014, the national carrier is in the process of increasing its fleet size to 70 aircraft by 2020.
Currently, Oman Air’s fleet comprises of 45 narrow-body aircraft and 25 wide-body aircraft, which will fly to an anticipated 75 global destinations.