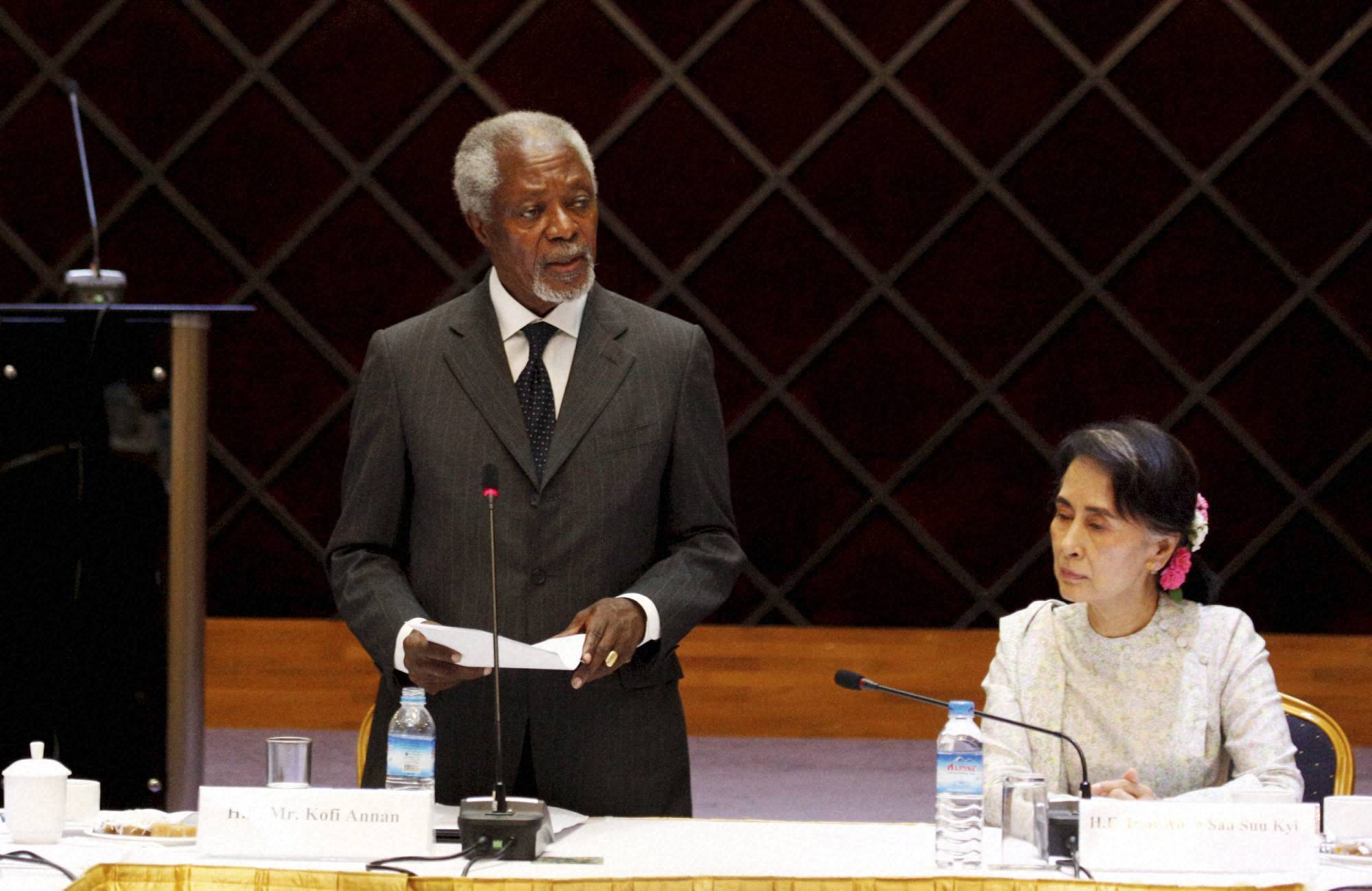 Yangon: Myanmar leader Aung San Suu Kyi and former UN chief Kofi Annan on Monday oversaw the first meeting of a panel tasked with bringing peace to a region where violence between Buddhists and minority Rohingya Muslims has cast a pall over the country's democratic transition.
The plight of the Rohingya has raised questions about Suu Kyi's commitment to human rights and represents a politically sensitive issue for her National League for Democracy, which won a landslide election victory last year.
The commission, whose aim is to stop human rights abuses in the northwestern state of Rakhine, was chaired by Annan.
"This is an issue that we have failed to meet squarely and fairly, and to which we have not been able to find the right solution," Suu Kyi said at the meeting in the commercial capital, Yangon.
"We hope that this commission will help us to find solutions to the problem."
More than 100 people were killed in violence in Rakhine in 2012 and some 125,000 Rohingya Muslims took refuge in camps where their movements are severely restricted. Thousands have fled persecution and poverty by boat.
The Rohingya are considered by many in Myanmar to be illegal immigrants from Bangladesh and most do not have citizenship.
Suu Kyi, who is constitutionally barred from being president but leads the government as state counsellor and foreign minister, last month announced the nine-member commission, made up of six Myanmar citizens and three foreigners, to advise her government on the Rohingya issue.
Suu Kyi plans this month to visit the United States, where she is thought to be seeking further sanctions relief for her country but is likely to face questions over her efforts to improve conditions for the Rohingya.
The panel's members were set to travel to the state capital of Sittwe, where Annan will deliver a speech on Tuesday, and commissioners are expected to meet with members of both the Rohingya and Buddhist Rakhine communities.
Annan said the panel would come up proposals to the issue over the coming months.
"I can assure you, and the people of Rakhine, that the advisory commission will deploy every effort with rigorous impartiality to find and propose ways to address these challenges," he said.
The largest political party in Rakhine State, the Arakan National Party (ANP), has criticised the commission, insisting that foreigners cannot understand the history of the area, raising the prospect of tensions or protests during the visit, expected to last two days.
Some members of the ANP - formed by hardline Rakhine Buddhists - will participate in a protest against the commission on Tuesday.