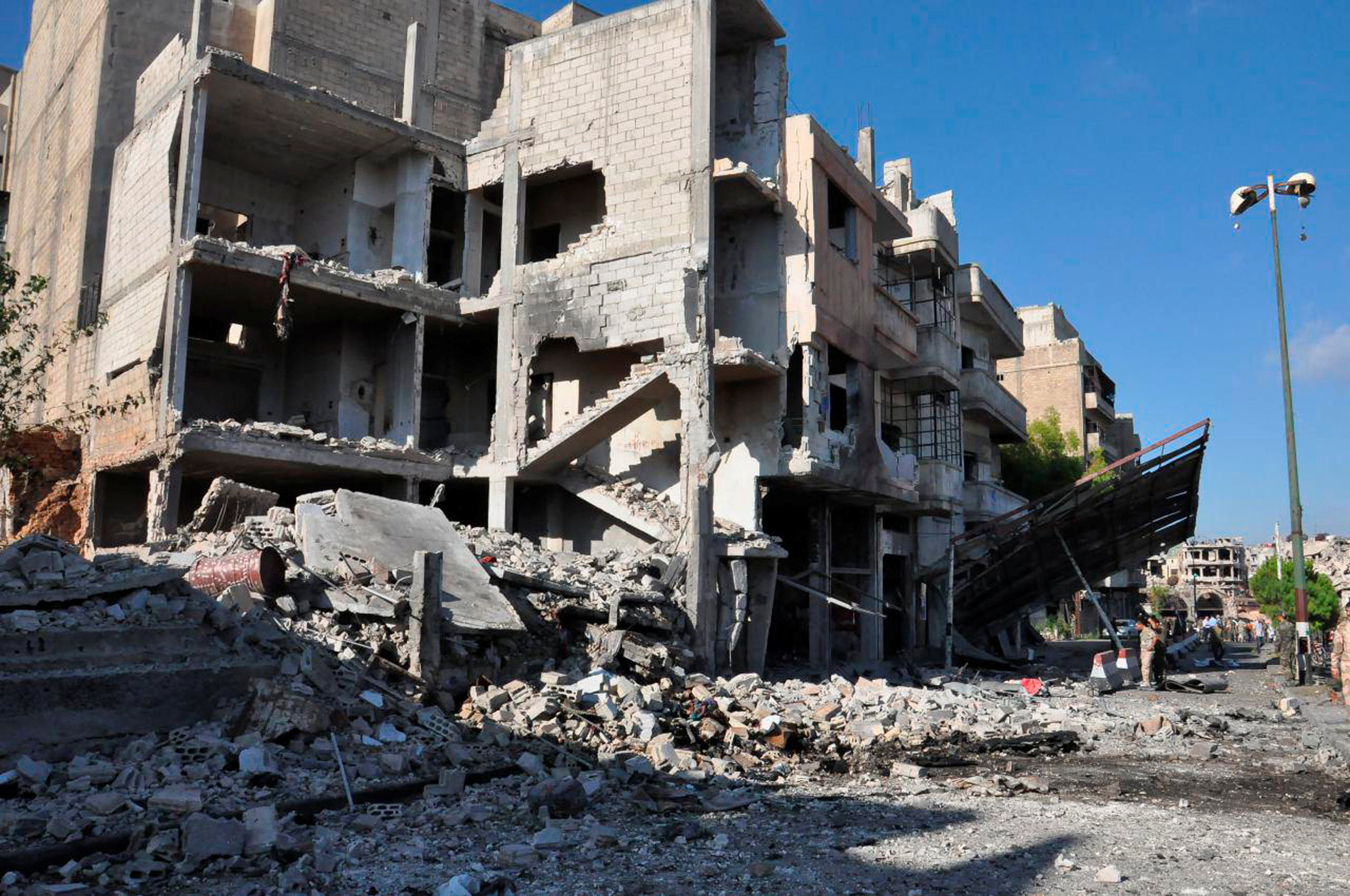 Beirut: Five explosions hit government-controlled areas and a city held by a Kurdish militia in Syria on Monday morning, killing several people, state media and a monitor said.
It was not immediately clear if there was any link between the blasts reported in the state-held cities of Tartous and Homs and along a road outside Damascus - and if they had been coordinated with the attack in Hasaka.
No group claimed responsibility for the attacks which all took place between 8 a.m. and 9 a.m. local time (0500-0600 GMT).
Two explosions hit the Arzouna bridge area at the entrance to the northwestern coastal city of Tartous, the Syrian Observatory for Human Rights and state news agency SANA said.
Those explosions killed at least 11 people and wounded 45, a source in the Tartous police told SANA.
Syrian state television said the first explosion was a car bomb and the second was a suicide belt detonated as rescue workers came to the scene of the first incident.
A car bomb struck the city of Homs at the entrance to the Bab Tadmur neighbourhood, SANA said.
Homs' health director told SANA that hospitals had received two bodies and seven injured people. The Observatory said the Homs explosion hit an army checkpoint and two officers were killed.
There was an explosion near the town of al Saboura, along a road which leads onto the Beirut-Damascus highway, according to a police commander quoted on state television.
A motor bike also exploded in the centre of the northeastern city of Hasaka, which is controlled by the Kurdish YPG militia.
The Observatory said the blast killed three members of the YPG-affiliated security force known as the Asayish, and injured others.