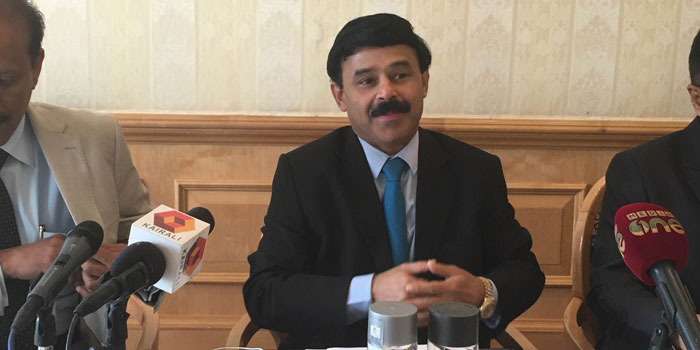 Muscat: Patients at a new hospital in Oman will receive treatment for a zero consultation fee during the first month of operation, according to the medical group’s chairman.
Shifa Al Jazeera, a well-established hospital chain in the Gulf region, will open its first premium polyclinic in Al Khuwair on September 29, with free of charge treatment for patients until October 29, a senior official from the hospital said.
“The premium hospital in Al Khuwair will have 24 specialists,” said K T Rabeeullah, chairman and managing director of the Shifa Al Jazeera Medical Group.
He added that the group will also have a tie-up with leading hospitals in the Gulf Cooperation Council and India.
“In India, the hospital we will be tying up with is the Baby Memorial Hospital (BMH),” Rabeeullah stated. MH is one the best multi-speciality hospitals in Kerala, certified for Super Specialty training in Cardiology.
“BMH has with 800 beds and over 40 medical and surgical departments,” Dr KG Alexander from BMH, said. According to the Chairman Rabeeullah, a special desk will be operate in Muscat to help those who are planning to go to the south Indian state of Kerala to fulfil their medical needs.
“We have already talked to the Indian ambassador in Oman. He is very cooperative. We will also be operating a travel agency in order to provide a hassle free trip for the patients, who are willing to travel to India,” Rabeeullah added.
Latest Indian embassy data revealed that up till August-end this year, 14,585 people from Oman had travelled to India on medical and medical attendant visas.
“In 2015, during the same period it was only 4,530, which reflects a 221 per cent jump,” data shared by the Indian embassy with the Times of Oman revealed.
According to the Indian embassy, Omanis and other foreign nationals travel to India for medical treatment because India has excellent facilities for the same.
“Indian doctors are well known for their competence and experience and the cost of medical treatment in India is much lower, compared with other countries,” the embassy added in a statement issued to the Times of Oman.
The Saudi-based hospital chain said its Ruwi hospital, with 140 beds is aiming to make healthcare accessible to common man.
“Our Ruwi hospital (Shifa Al Jazeera Access Hospital) is for the common people. It will be opened on December 31,” Rabeeulah added.“In Ruwi, we will charge only OMR1 as consultation fee for patients,” he noted.
The healthcare centres are expected to cater to the needs of more than 10,000 patients across the country.