SMEs in Oman to focus on manufacturing, tourism, logistics 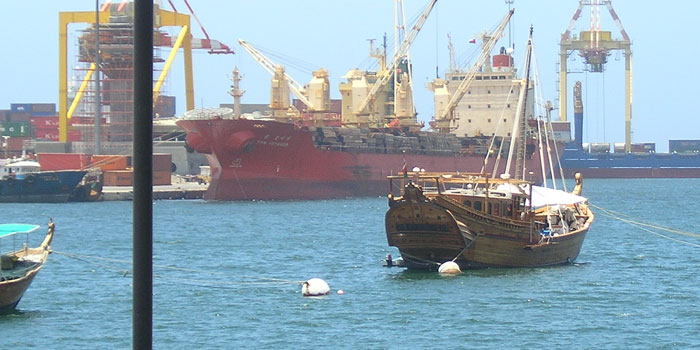 Muscat: In line with the vision of economic diversification in Oman, the development of SMEs will be centred on three major industries according to top officials in Riyada.
The public authority for SME development named Manufacturing, Tourism and Logistics as focus industries, which would drive the Sultanate’s economy in the coming years.
Speaking to the Times of Oman at the signing of the MOU with Shell Intilaaqah programme, Khalid Al Haribi, Deputy CEO for Riyada operations highlighted the potential of SMEs in developing Omani economy and the nurturing role played by Riyada.
“We are the government body responsible for facilitating cooperation between various stakeholders and organising several symposiums for SME development. We develop an eco-system for the SMEs to enter the business world. We offer registration, training, and incubation, marketing and right partnership between different entities.”
He mentioned that within the next few years, there would be a lot of focus on the three major sectors. “The focus for the next few years will be on Manufacturing, Tourism and Logistics though there are several sectors in which SMEs are working now and doing very well,” he said.
The objective of the support would be to improve the SMEs’ contribution towards the Omani economy by providing them the right infrastructure in terms of technical and financial backing. The extent of SMEs’ contribution is already improving and the five year plan will make it better. “So far, the SMEs contribute 15-20 per cent to the economy but in the next five years, we plan to improve that figure,” he said.
Commenting on the Riyada Shell partnership, Al Haribi said this was an example of what Riyada plans to do. “The idea is to have more public private partnerships with multinational corporations and use that expertise and implement it in the Omani ecosystem,” he explained. Shell Development Oman officials, speaking on the occasion, echoed his views about SME development.
“We want SMEs to develop and form successful companies that can contribute to the economy. The Intilaaqah programme already has such SMEs that have developed into full-fledged independent organizations,” said Salima Masroori, Communication Advisor at Shell Development Oman.”
She also mentioned that the Intilaaqah programme has trained around 10,000 individuals, and added that in a survey of 500 trained individuals,five per cent had successfully established a company.