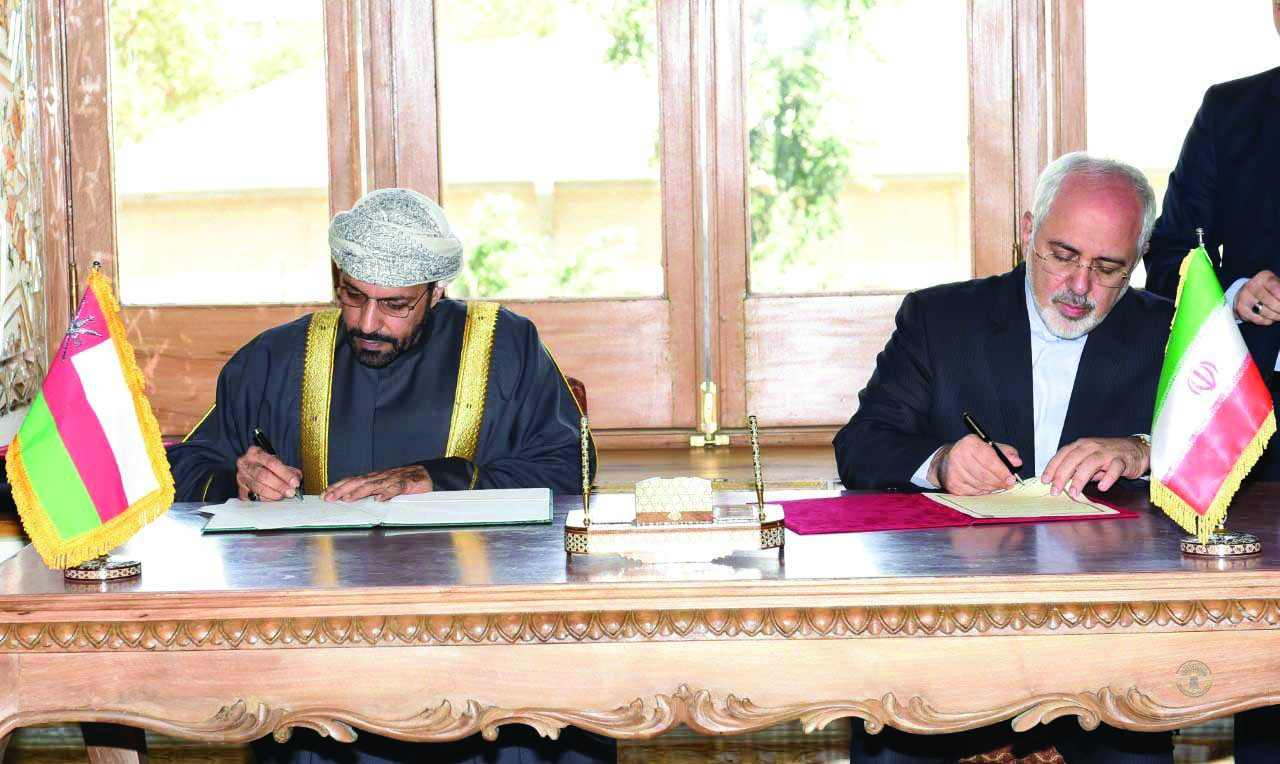 Tehran: Instruments of ratification on the delimitation of the maritime border agreement between the Sultanate and the Islamic Republic of Iran in the Sea of Oman, signed in Muscat on 7th Shaaban 1436 AH, corresponding to May 26, 2015, were exchanged in the Iranian capital Tehran on Sunday.
Sayyid Hamoud bin Faisal Al Busaidi, Minister of Interior signed minutes of the exchange of instruments of ratification of the aforesaid agreement on behalf of the Government of the Sultanate while Mohammad Javad Zarif, Minister of Foreign Affairs, signed on behalf of the Iranian Government.
Within the framework of the visit, the Minister of Interior met Abdolreza Rahmani Fazli, Interior Minister of the Islamic Republic of Iran. Sayyid Hamoud bin Faisal Al Busaidi, Minister of the Interior returned home this afternoon.