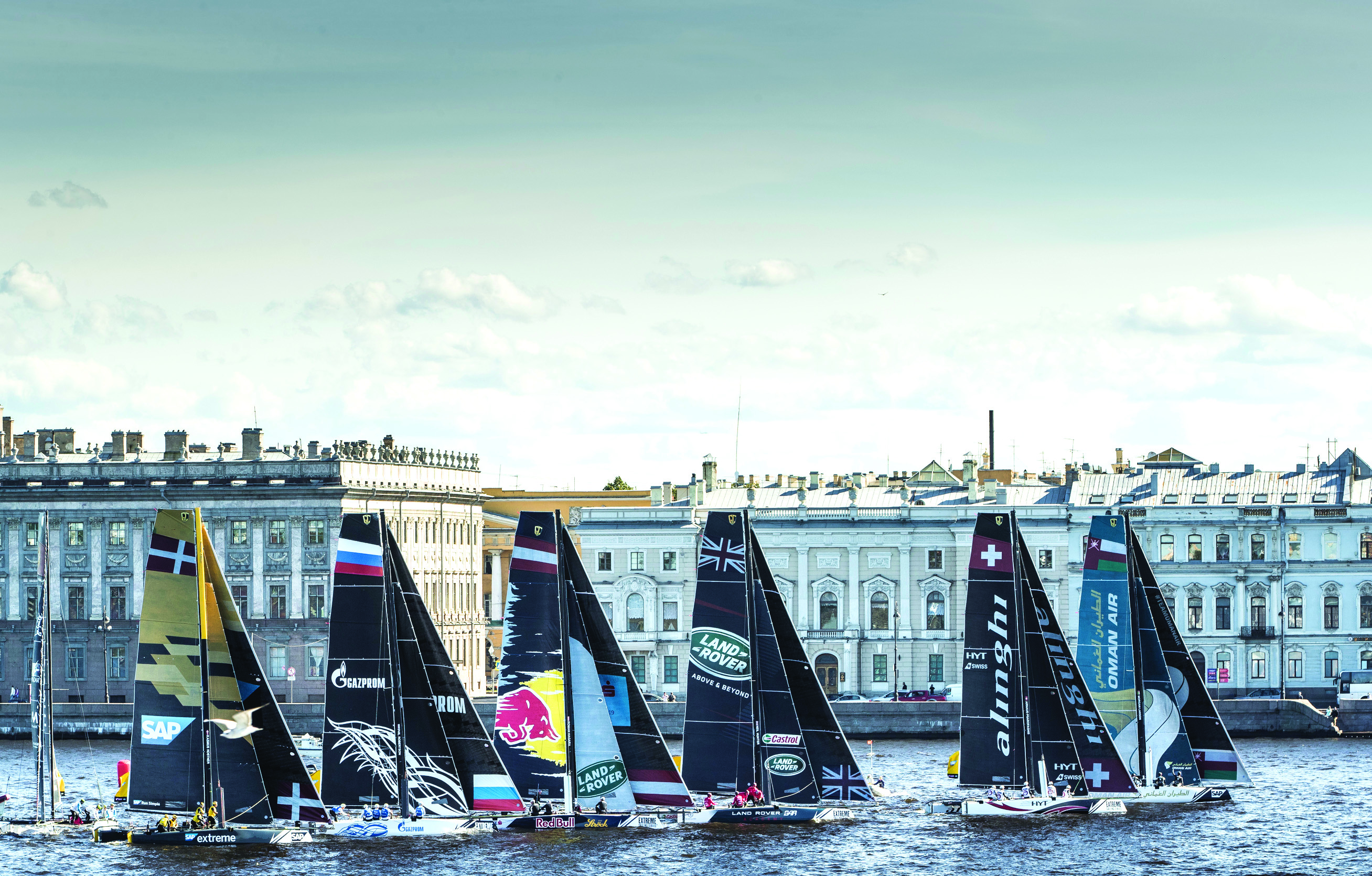 Muscat: The lead chopped and changed all day and after a final race thriller in St Petersburg, Russia, Oman Air settled for second place behind arch-rivals Alinghi but stayed top of the overall 2016 Extreme Sailing Series leaderboard by five points.
The two teams locked horns in a roller coaster contest across four races on the Neva River with Alinghi winning the first race and Oman Air taking maximum points in the next two races leaving the two crews neck and neck on 231 points going into the final double points decider.
Whoever crossed the finish line first would take the overall victory and Alinghi were 160 metres ahead of the rest of the fleet when the bell sounded to signal the end of the race bringing the curtain down on another compelling slice of Extreme GC32 action.
Skipper Morgan Larson paid tribute to his former teammates on Alinghi and shifted his focus immediately to the next Act in Madeira later this month.
“Alinghi executed a great start, had a little extra speed, got ahead of us and didn’t look back, so credit to those guys,” he said.
“Arnaud (Psarofaghis) is a rising star and a big talent in these boats and his team is solid. I know how they work, and I know what it’s going to take to beat them.
“We feel like we sailed really well today and we know that if we keep sailing like we did we will come out on top next time.
“Now we’ve got to look to the future and take a few little steps forward before Madeira.”
The two teams were well matched and their rivalry was raising standards throughout the fleet, added Omani bowman Nasser Al Mashari.
“We enjoy racing against Alinghi – it really keeps us on our toes so we are already looking forward to Madeira and raising our game to make sure we stay on top of the overall leaderboard.”
Oman Air remain top of the 2016 Extreme Sailing Series table with a five-point lead over Alinghi. The next Act starts on September 22 in Marina Funchal, on the south coast of Madeira, which is making its debut as a venue on the Extreme Sailing Series circuit.