4.6% pay hike for workers expected next year in Oman: Survey 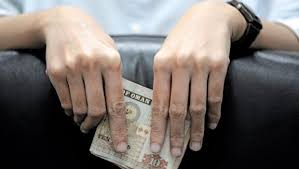 MUSCAT: Employees in the Sultanate could see a 4.6 per cent increase in salaries next year, according to a survey conducted by Aon Hewitt.
In a GCC survey of 600 multinational companies and locally owned corporations, it is predicted that salary earnings will increase an average of 4.6 per cent.

According to the GCC Salary Increase Survey, “Salaries have been largely influenced by fluctuating oil prices and states’ initiatives to diversify national economies.”
“While 2016 proved to be a challenging period for economic expansion in some markets, over the next few years new policies governing inflation, taxation, diversification and commodity pricing are anticipated to come into effect and lead to a general upswing in GCC salaries,” according to the study.
According to the survey, a hike of 4.6 per cent is expected in 2017, as opposed to 4.2 per cent in 2016.
Meanwhile, Ahmed Al Hooti, a board member of the Oman Chamber of Commerce and Industry, said that these situations, such as salary increases, are related to growth.
“Everything like this is always linked to growth. If there is economic growth, and disregarding oil prices, you then depend on the true growth, the true economy,” said Al Hooti. “The true economy means that you create big scale projects, your sector is active, and you have unlimited commercial activities. You shouldn’t be concerned with oil prices or government situations,” added Al Hooti.
Robert Richter, GCC compensation Survey Manager – AON Hewitt Middle East, added, “Lower oil prices are likely to continue moderating the GCC’s economic growth this year, but a refreshed focus on non-oil sectors, along with sustained programmes of state investments, should underpin GDP expansion into 2017.”
According to the survey, the highest salary increases in 2016 were seen in the pharmaceutical, media, food, beverage and tobacco industries. The lowest salary increases were in telecommunications, construction, and oil and gas. However, the study indicates that pays in these sectors are expected to rise in 2017.
“4.6 per cent will impact a lot of things. Look at the industries that have high Omanisation.
“If you increase the salaries, the difference is going to come from the consumer,” said Emad, an Omani Business Owner.
When asked whether it will have a negative impact on Oman, he said, “Sadly yes. The country needs more revenue entering it for sustained growth, otherwise it becomes a zero sum equation.. which is bad.”