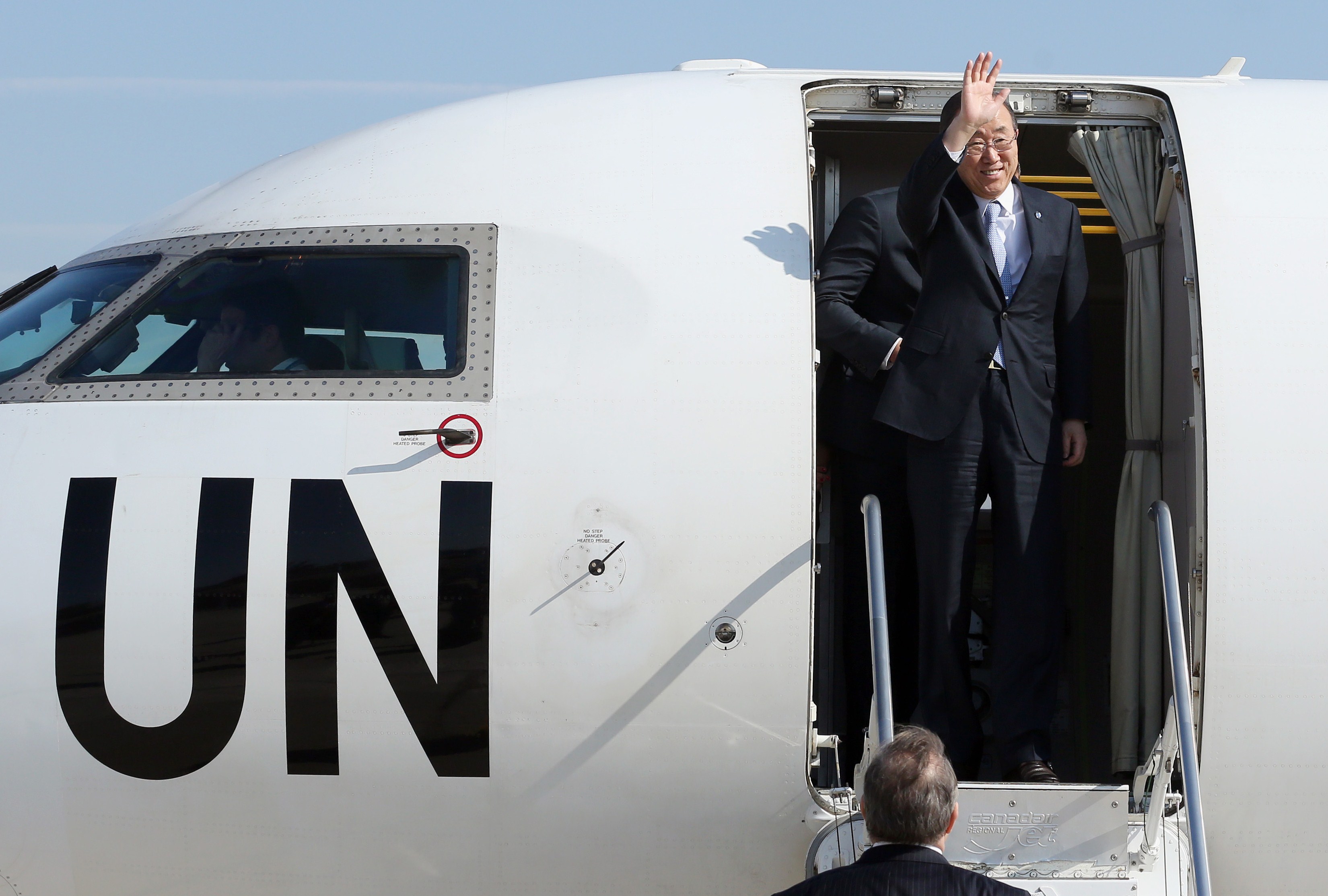 As the existing international order becomes more fragmented, strong global-governance institutions are crucial for addressing the world’s strategic, economic, and sustainability challenges. And yet rarely have our existing institutions – including, above all, the United Nations – been frailer.
The UN is not broken, but it is in trouble, particularly as more countries treat it as a polite diplomatic afterthought and seek solutions to major global problems elsewhere. We’ve seen this on issues ranging from Syria to Iran, North Korea, terrorism, cyber security, asylum-seekers and refugees, migration, Ebola, and the emerging crisis in humanitarian-aid funding.
While the UN still has many strengths, it also has clear structural weaknesses. The gap between what it aspires to do and what it actually does is growing. But the world needs a UN that not only deliberates on policy, but also delivers in the field.
The UN matters – a lot. It is a deeply embedded component of the post-World War II order. If its relevance declines – if it slowly becomes “just another NGO” – countries will change their fundamental assumptions about how to deal with one another in the future. Unilateralism and the law of the jungle – the hallmark of a now-distant past – would return to international relations.
The UN has shown that it is capable of reinventing itself. But now it must do so out of necessity, not convenience. It must urgently re-design its functions, structure, and finance mechanisms to maximise the delivery of measurable results in all areas within its purview, from peace and security to sustainable development, human rights, and humanitarian engagement.
In particular, the next UN secretary-general should consider taking several key steps. For starters, he or she should convene a summit-level meeting – a sequel to the 1945 San Francisco Conference, where delegates agreed to the UN’s founding charter – at which member states would reaffirm their commitment to multilateralism as a fundamental principle. The summit should be designed to highlight the critical advantages of cooperation and rebuff the emerging view that multilateralism is simply a burden to bear.
Moreover, the new secretary-general should emphasise the UN’s role in building bridges between the great powers, particularly during tense times, and the great powers’ role in enabling the UN to benefit the wider international community.
Third, the secretary-general should make use of Article 99 of the UN Charter. This means introducing new initiatives to address global-leadership challenges, even when an existing initiative may fail. This means establishing a comprehensive doctrine of prevention, one that emphasises robust long-term policy planning so that the organisation can prevent, or at least prepare for, future crises, rather than merely reacting to situations as they emerge.
Specifically, this agenda should include countering terrorism and violent extremism; enhancing cyber security; limiting the proliferation of lethal autonomous-weapons systems; enforcing international humanitarian law in the context of war (an absolute priority); and developing a comprehensive approach to planetary boundaries and humanity’s ecological footprint, particularly in our oceans.
The new leadership must also introduce effective processes and the organisational machinery to implement current major initiatives, including the Sustainable Development Goals. Failure to achieve the SDGs – which comprise 17 goals and 169 specific targets – would amount to an indictment of the UN’s raison d'être.
Avoiding such an outcome will require a new global compact between the UN, global and regional development banks, and private finance sources to fund SDG efforts. The same goes for implementing the 2015 Paris climate agreement, which will require ample investments in energy efficiency and renewable-energy sources to keep global temperatures from rising more than 2º Celsius.
The UN’s manifold agendas – peace and security, sustainable development, human rights, and humanitarianism – must be structurally integrated into one strategic continuum, rather than remaining rigid, self-contained institutional silos. Multidisciplinary “Team UN” groups could be deployed in the field to break down departmental barriers and confront appropriate challenges. The groups would operate under a common mandate across all UN agencies, and be led by UN operations directors in each country.
A fifth step should be to integrate women fully and equally into all parts of the UN agenda, not just in discrete areas pertaining to “women’s” issues. Failure to do this would further undermine peace, security, development, human rights, and already-flagging global economic growth. According to a 2015 McKinsey report, improving worldwide gender equality could add $12 trillion to global GDP by 2025.
Likewise, young people should be better included in UN decision-making – not simply as a paternalistic afterthought, but in a way that enables them to help shape their own future. Global youth (those under the age of 25) now represent 42 per cent of the world’s population, and their numbers are growing. In particular, we need new policies to address youth unemployment, given that current approaches are failing.
More broadly, the UN culture must change – perhaps with a new reward structure – to give priority to operations in the field, rather than to operations at headquarters; to implement reports’ recommendations, rather than just writing more reports; and to measure results on the ground, rather just counting the number of UN conferences held.
Finally, the next secretary-general must think practically, understanding that the UN’s capacity to act efficiently, effectively, and flexibly will always run up against budgetary constraints. There is no sense in hoping that the fiscal heavens will one day magically reopen. They won’t.
Looking beyond these specific items, two core questions loom in the UN’s future: Given the twenty-first century’s global-governance deficit, can the UN’s deliberative bodies step in and make the big decisions appropriate for the situation? And can the institutional machinery of the UN itself effectively implement policies once they are decided?
With sufficient political will, strong leadership, and a clear, goal-driven reform programme, the UN can still be a pillar of a stable, just, and sustainable global order. The alternative is benign neglect, institutional decay, and impotence in the face of the great challenges of our time. That would mean an increasingly unstable world for us all. - Project Syndicate