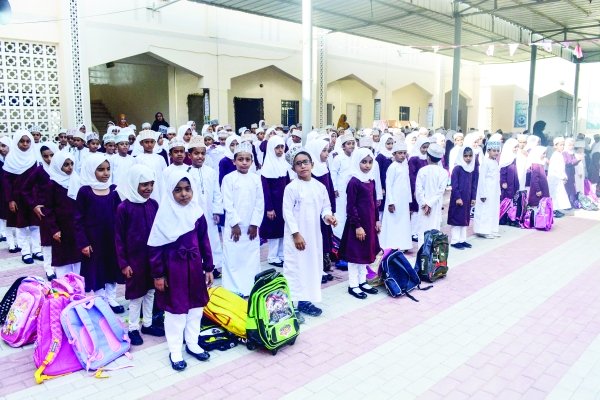 Muscat: Omani students starting the new academic year today have been greeted by Oman’s transport and communications minister.
Wishing a successful year for students, Dr. Ahmed Al Futaisi, Minister for Transport and Communications, tweeted on his official twitter handle that “If we learn to read today, tomorrow we won’t need anyone’s help”.
Meanwhile, with schools reopening, Royal Oman Police (ROP) has deployed extra patrols and has called upon motorists to drive safely on the roads.
While tweeting a series of messages on its official social networking accounts, the ROP has urged motorists and parents to ensure safety of children.
On Saturday, police had urged motorists to adhere to the speed limit set by ROP and pay attention to pedestrians crossing the roads near schools.
The senior official also had called upon school bus drivers and motorists to follow traffic rules in order to ensure safety of children.
The ROP also has advised families and bus administrators to educate students about the best practices to avoid danger while boarding and disembarking from the bus.