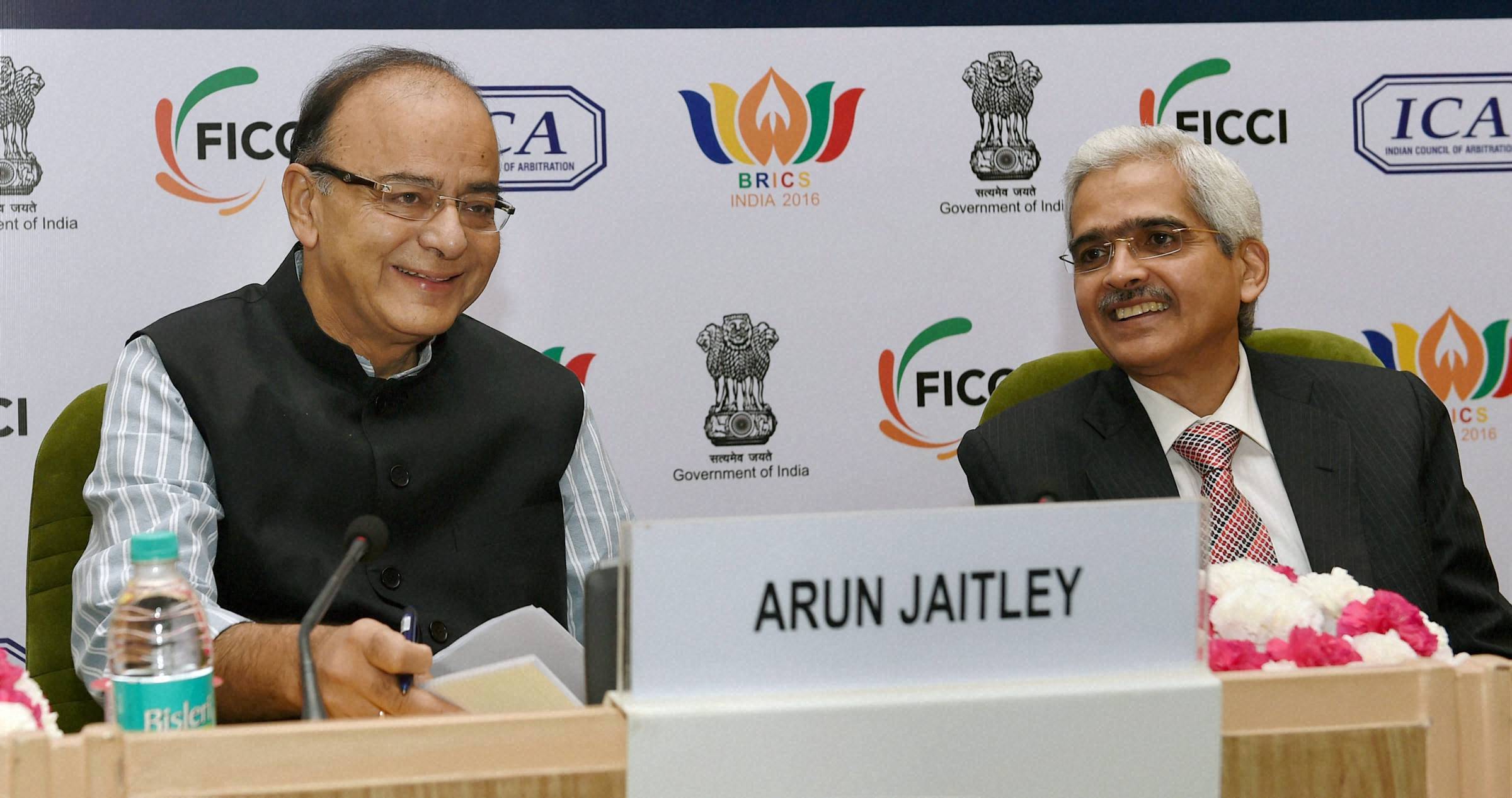 New Delhi: Finance Minister Arun Jaitley on Saturday made out a strong case for BRICS nations developing their own arbitration mechanism to cut reliance on redressal centres in developed nations whose awards at times tend to be loaded against developing countries.
Speaking at a conference on 'International arbitration in BRICS', he said faster growth will return to emerging economies once the world emerges out of the current slowdown and the dispute resolution mechanism should be now perfect as trade between countries grows.
"Many countries fear, and have been suggesting, that the awards emerging out of these arbitration are at times loaded against the emerging economies. Therefore, need has been felt to develop parallel arbitration centres across the world. Let alone London, let alone Paris, now we see Singapore emerging as an emerging arbitral centre," Jaitley said.
"Therefore, for BRICS nations to resolve trading disputes which may arise out of BRICS nations, it is extremely important that we have to develop a mechanism." Jaitley suggested that the BRICS countries should set up a task force comprising officials and experts to discuss and then set up an appropriate mechanism where these nations can have arbitral centres of their own.
"And hopefully, if we are able to evolve and develop that capacity, eventually those centres will also become centres of great international acceptability even with regard to the non-BRICS nations as far as arbitral abilities are concerned," he said.
Talking about rationale behind companies going for international arbitration, he said they fear an institutional bias and hence look for a neutral forum for applicability of law.
"The experience over the years has been that some centres did monopolise a bulk of international arbitrations, they developed capacities, they created arbitrators of stature, they created a set of international lawyers who could practise from one jurisdiction to other. Therefore, those jurisdiction tended to have a big share in international arbitration," he said.
The emerging economies of Brazil, Russia, India, China and South Africa mostly follow the The United Nations Commission on International Trade Law (UNCITRAL) model law on international commercial arbitration. According to Jaitley, it is essential that the dispute resolution mechanism is absolutely fair, detached from local commitments, to ensure free and fair trade.
"As the world slowly emerges from the current economic crisis, trade which has shrunk will come back in a bigger way. Growth will return to the world and faster growth will return to emerging economies. Therefore inter-se trade and trade related issues will necessarily involve the dispute resolution mechanism which we need to now perfect, and we need to prepare ourselves for that," the finance minister added. He laid a premium on credibility of arbitrators to develop this mechanism. Jaitley further said the challenges posed by economic slowdown continue to haunt the global economy and the emerging economies, pre-dominantly the BRICS ones, will have to shoulder the responsibility of driving global growth.
The BRICS nations will have to evolve and put forth a common agenda for growth and the key is to develop local capabilities to deal with the challenges that lie ahead, he suggested.
Law Secretary Suresh Chandra spoke about the need for regional cooperation on arbitration. A positive debate on setting up a common framework for arbitration among BRICS nations will help bring down cost of arbitration and develop trust among investors and jurisdictions, he said.