Actresses should not shy away from taking risk: Manisha 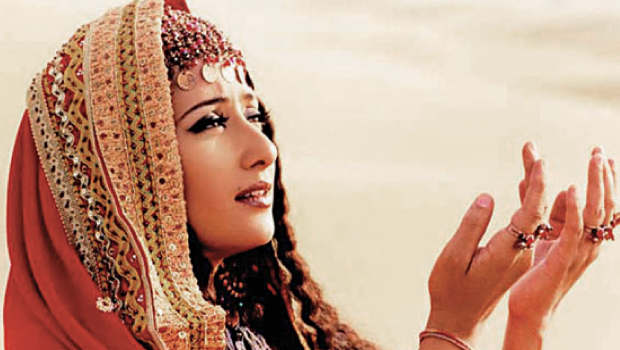 Mumbai: Manisha Koirala has made some tough choices in her career and she feels actresses should not be afraid of taking risks.
The 46-year-old actress, who chose films like "1942:A Love Story" and "Agni Sakshi" in the early years of her career, said she wanted to make a mark as a serious actor.
"Actresses should not just stick to song and dance, because you are an actor and you have to perform. They should not be afraid or shy away from taking risk or ask for meatier roles.
"I just wanted to make a mark as a serious actor which by the grace of god I have fairly achieved," Manisha told PTI.
The "Dil Se" star feels people in the industry need to strongly support actresses.
"Everybody should demand a better role. In my time I had some great roles which I would expect all the actresses to do."
Manisha is happy that Indian cinema has grown to an extent that the line between parallel and commercial films has blurred.
"Industry has grown a lot. The fact that different kind of cinema is being made and accepted by the audience speaks a lot about the change. We see multi-crore budget films with big stars and small films with young actors doing well.
"Audience is ready for all kind of cinema. There is no longer a things called parallel cinema, it is good cinema or bad cinema."
Manisha's next project is "Dear Maya" which will hit the theaters soon. The actress plans to continue doing one film a year.
The actress walked the ramp for designer Sohaya Misra's label Chola at the ongoing Lakme Fashion Week Winter/Festive 2016.
Made in natural fabrics like cotton and linen, the line included silhouettes like pinstriped frocks with playful rows of buttons, kimono inspired jackets, deconstructed dresses and trench coats.