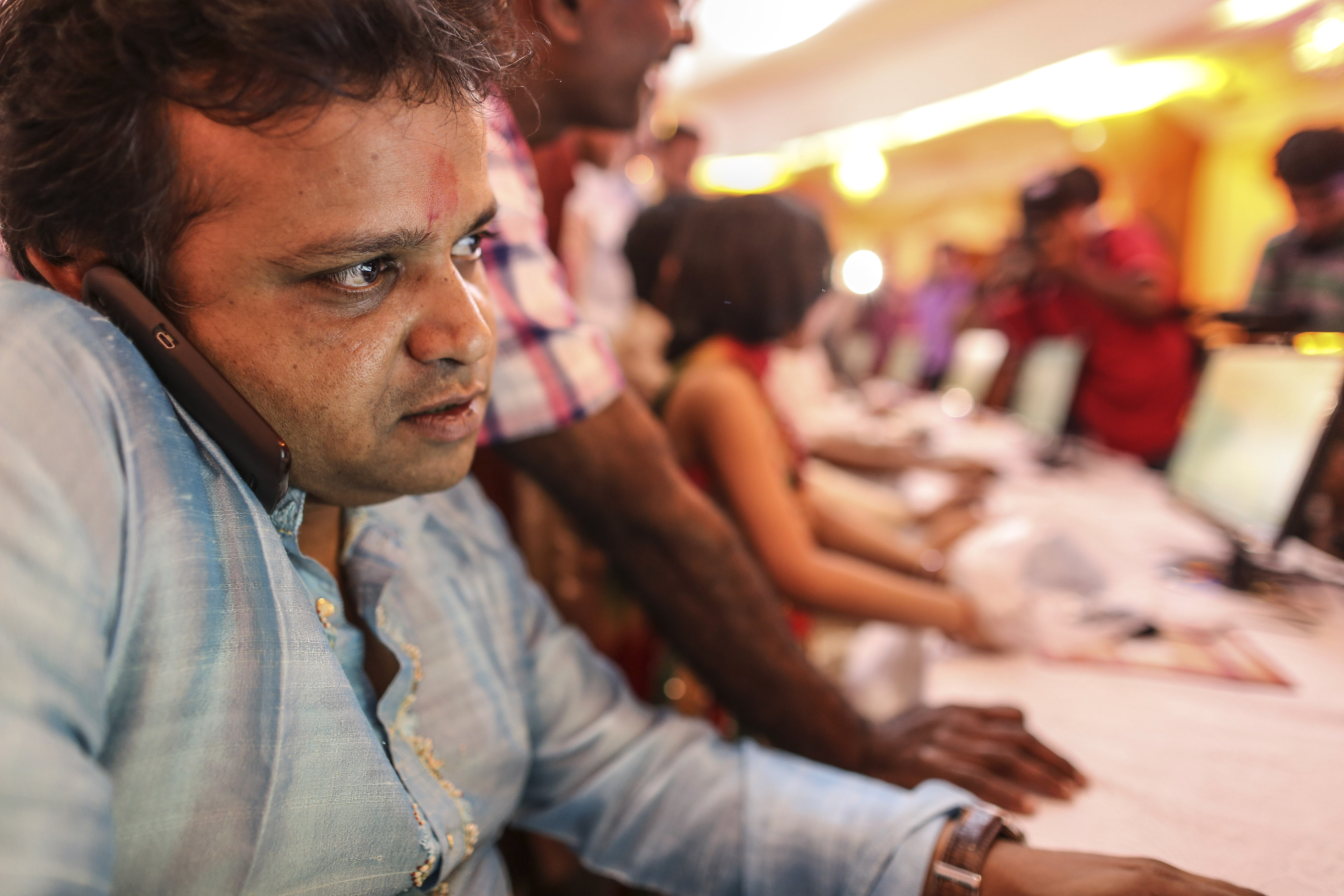 Mumbai: The BSE benchmark Sensex extended its fall for second straight week by slumping 294.75 points and once again slipping below the psychological 28,000, while the broader Nifty lost 94.35 points to fall below the crucial 8,600-level.
Bears took control over bulls in a lopsided trading week following appointment of new RBI chief Urjit Patel which triggered wariness and set-in-motion the debate over the topic of domestic rate-cut and inflation.
However, sentiments were dominated by global caution on eagerly awaited US Federal Reserve Chair Janet Yellen speech at the Kansas City Fed`s annual Monetary Policy Symposium in Jackson Hole, Wyoming, which could provide hints about the timing of the next rate hike, in view of recent set of hawkish tone from senior Fed officials.
Absence of any major trigger and worries over higher US interest rates could pull-out massive money from emerging markets in the backdrop-off domestic derivative expiry for August month ruled overall weak trading sentiment for the week.
For the week, the Sensex opened flat 28,088.07 and hovered between a high of 28,154.21 and a low of 27,696.99 before ending at 27,782.25, showing a loss of 294.75 points, or 1.05 per cent. The market had lost 370.15 points during two weeks.
While, the Nifty fell by 94.35 points, or 1.09 per cent to 8,572.55 after moving between a high of 8,684.85 and a low of 8,547.55. it had declined nearly 100 points in two weeks.
Selling was witnessed in most of the sectors, led by Capital Goods, Metals, Realty, Power, PSU, IT, Banks, Teck, HealthCare, Auto followed by secondline shares of midcap companies. While, Consumer Durable, Oil&Gas, FMCG supported by broader smallcap shares saw some buying interest.
Foreign Portfolio Investors (FPIs) will be given direct access to NDS-OM to ease the process of investment in debt securities. The RBI said it has also been decided to provide FPIs facility to trade directly in corporate bonds.
In the broader market, the BSE Mid-Cap index fell 35.02 points or 0.27 per cent to settle at 13,000.15. The decline in this index was lower than the Sensex's decline in percentage terms. The BSE Small-Cap index gained 27.66 points or 0.22 per cent to settle at 12,487.12, outperforming the Sensex.
Bullion
After its last week recovery, the yellow metal slide during the week at the domestic bullion market here due to slackened demand from jewellers stockists and traders.
Gold discounts in India hit near three-month lows this week while buying gathered steam elsewhere in Asia as lower prices and festive buying lifted demand for the metal.
Despite ongoing festive season, precious metal witnessed a relatively lower momentum throughout the week as buyers preferred to remain on the sidelines.
Elsewhere, silver also witnessed a third week fall, on sustained selling by stockists and investors coupled with lack of demand from industrial users.
The white-metal cracked below the Rs44,000-mark owing to lack of industrial buying support.
In worldwide trade, the metal has slid for five straight days, after US jobless and durable goods data beat forecasts, and Kansas City Fed President Esther George said it was time for the Fed to raise US rates gradually.
Gold pared gains on Friday, while the dollar turned up and US stocks fell, as investors struggled to decipher the timing of a US interest rate increase following comments by Federal Reserve Chair Janet Yellen and other officials.
In her much-awaited speech, Yellen said the case for raising US interest rates has strengthened, although increases should be gradual.
The dollar held steady against the euro on Friday, leaving it little changed on the week, as investors focused on Yellen's speech. It could rise sharply, weighing on gold, if Yellen indicates rates will rise sooner rather than later.
In New York Comex trade, gold for December delivery plunged to end at $1,325.90 an ounce against last weekend's finish of $1,346.20, while December silver contract to declined to $18.745 an ounce from $19.317 earlier.
On the domestic front, standard gold (99.5 purity) opened lower at Rs31,420 per 10 grams as against last Friday's closing level of Rs31,570 and drifted further to Rs31,150 before settling at Rs31,235, revealing a loss of Rs335 per 10 grams, or 1.06 per cent
Similarly, pure gold (99.9 purity) also resumed on a negative note at Rs31,570 per 10 grams as against last weekend level of Rs31,720 and fell further to Rs31,300 before ending at Rs31,385, showing a fall of Rs335 per 10 gram or 1.05 per cent.
Silver ready (.999 fineness), however, commenced on a week footing at Rs45,500 against preceding weekend's close of Rs46,530 and later tumbled to Rs44,775 before concluding at Rs44,885, registering a major fall of Rs1,645 per kilo or 3.53 per cent.