One more killed in fresh violence in Jammu and Kashmir 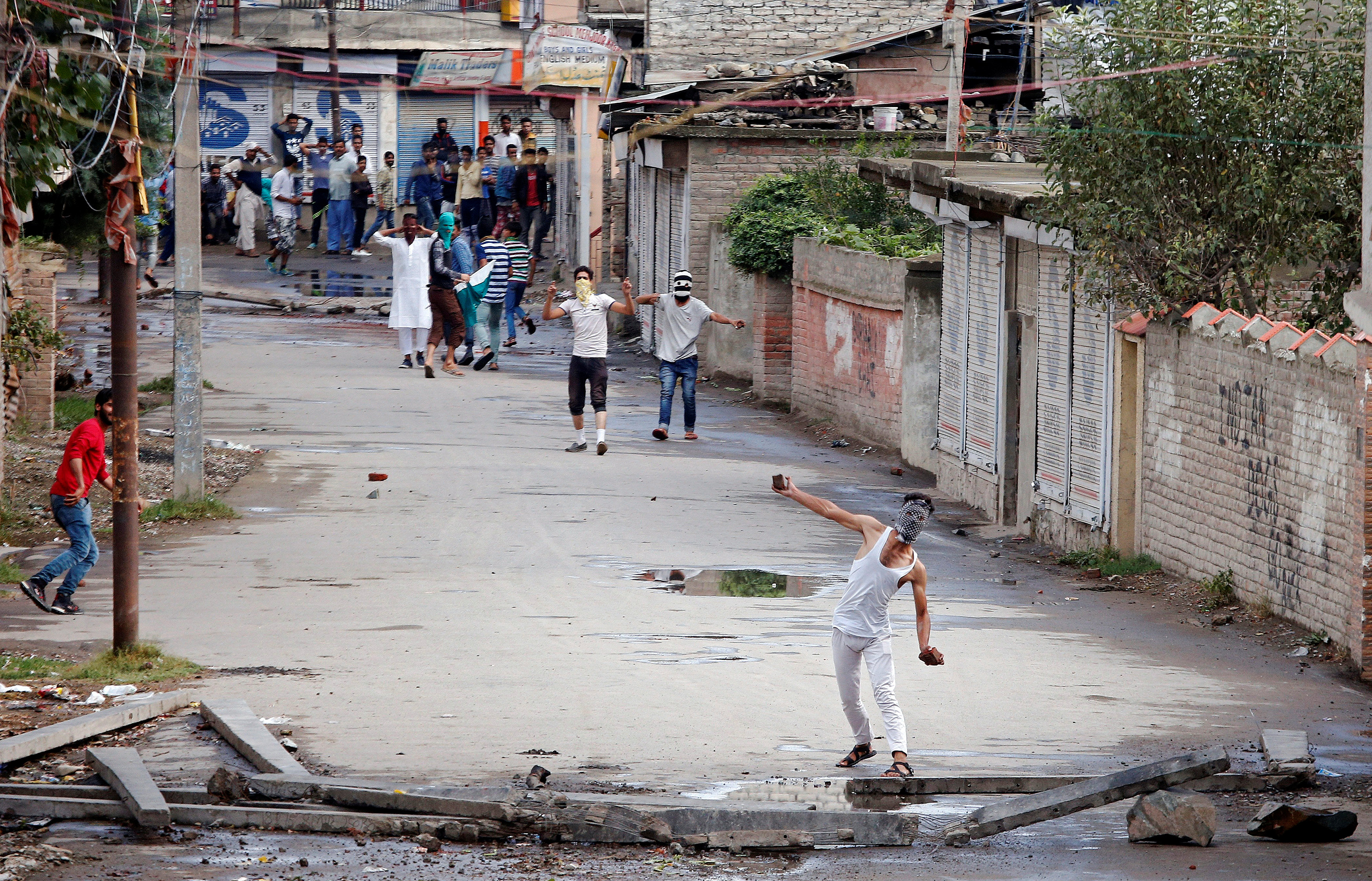 Srinagar/New Delhi: Indian-administered-Kashmir continued to witness casualties with one more youth getting killed and several others getting injured in a clash between protesters and security forces even as curfew was in force in many parts of the valley to thwart a planned march by separatists.
Eighteen-year-old Shakeel Ahmad Ganai and several others were injured in action by security forces against protesters at Nikas Arbal in Rajpora area of Pulwama district on Friday afternoon, a police official said. Ganai, with pellet injuries in his chest, was rushed to district hospital Pulwama where he was declared 'brought dead' by the doctors, the official said.
With this death, the toll in the ongoing 49-day unrest has reached 67.
Curfew was on Friday extended to several areas of Kashmir to foil a planned march by separatists to Eidgah in old city area. Curfew was extended to entire Srinagar district, Pulwama district and south Kashmir towns of Shopian and Anantnag North Kashmir towns of Baramulla, Pattan and Handwara were also placed under curfew while restrictions on assembly of people were in force in rest of the Valley, police said.
Normal life remained paralysed for the 49th consecutive day due to curfew, restrictions and separatist-sponsored strike.
Shops, private offices, educational institutions and petrol pumps remained closed while public transport continued to be off roads. The attendance in government offices and banks was also affected, the official said. Mobile internet also continued to remain suspended in the entire Valley, where the outgoing facility on prepaid mobiles remained barred.
Meanwhile, an all party Parliamentary delegation is likely to visit Jammu and Kashmir in the first week of September and meet a cross section of people, amidst the ongoing unrest in Kashmir Valley. Government will consult all political parties before finalising an itinerary for the tour aimed at restoring peace in the Kashmir Valley.
The move comes after Home Minister Rajnath Singh announced in Srinagar on Thursday that he had asked Chief Minister Mehbooba Mufti to make preparation for the visit. Sources said the visit of the all party delegation to Jammu and Kashmir is expected to be discussed when Mehbooba will meet Prime Minister Narendra Modi on Saturday. The facilitation of the all party delegation to the troubled state is considered to be an attempt by the government to bring the political parties on board of the process initiated to bring peace in Jammu and Kashmir.