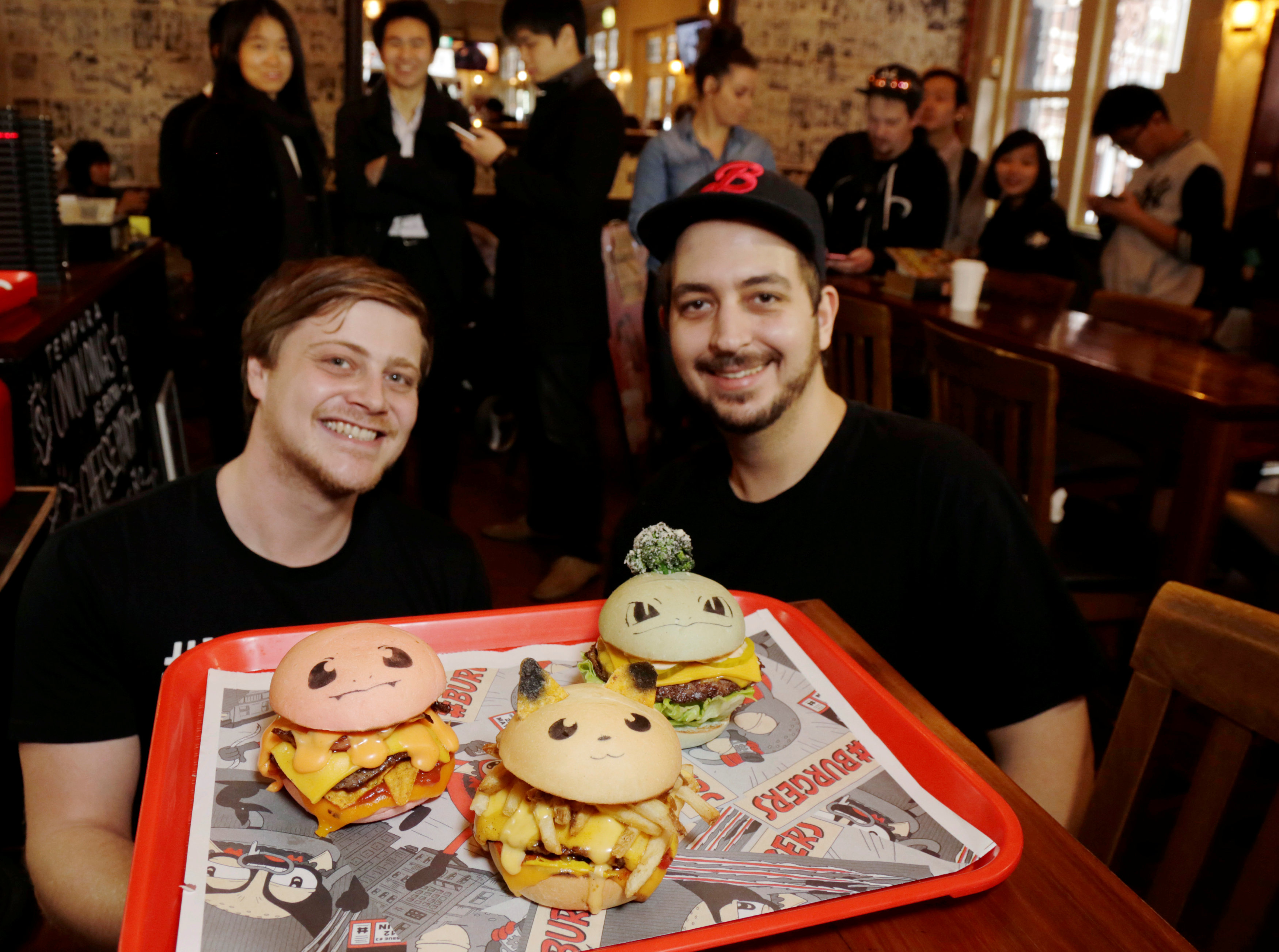 Sydney: A Sydney restaurant is capitalising on an appetite for all things Pokemon Go by selling a limited number of burgers based on characters from the blockbuster smartphone game.
Sydney's Hashtag Burger and its pop-up restaurant Down N' Out Burgers are offering 100 'Pokeburgs' a day until September 3, with long queues of people lining up on Friday to get a taste of a yellow Pikachu, pink Charmander or green Bulbasaur burger.
Staff said the Pikachu burger with corn chip ears had proved the most popular but the restaurant had decided that customers couldn't choose which character they get, in line with the surprise element of the augmented-reality game.
Pokemon Go, developed by Niantic and an affiliate of Japan's Nintendo Co Ltd, sees players walk around real-life neighbourhoods to hunt down virtual cartoon characters visible only on their smartphone screens.