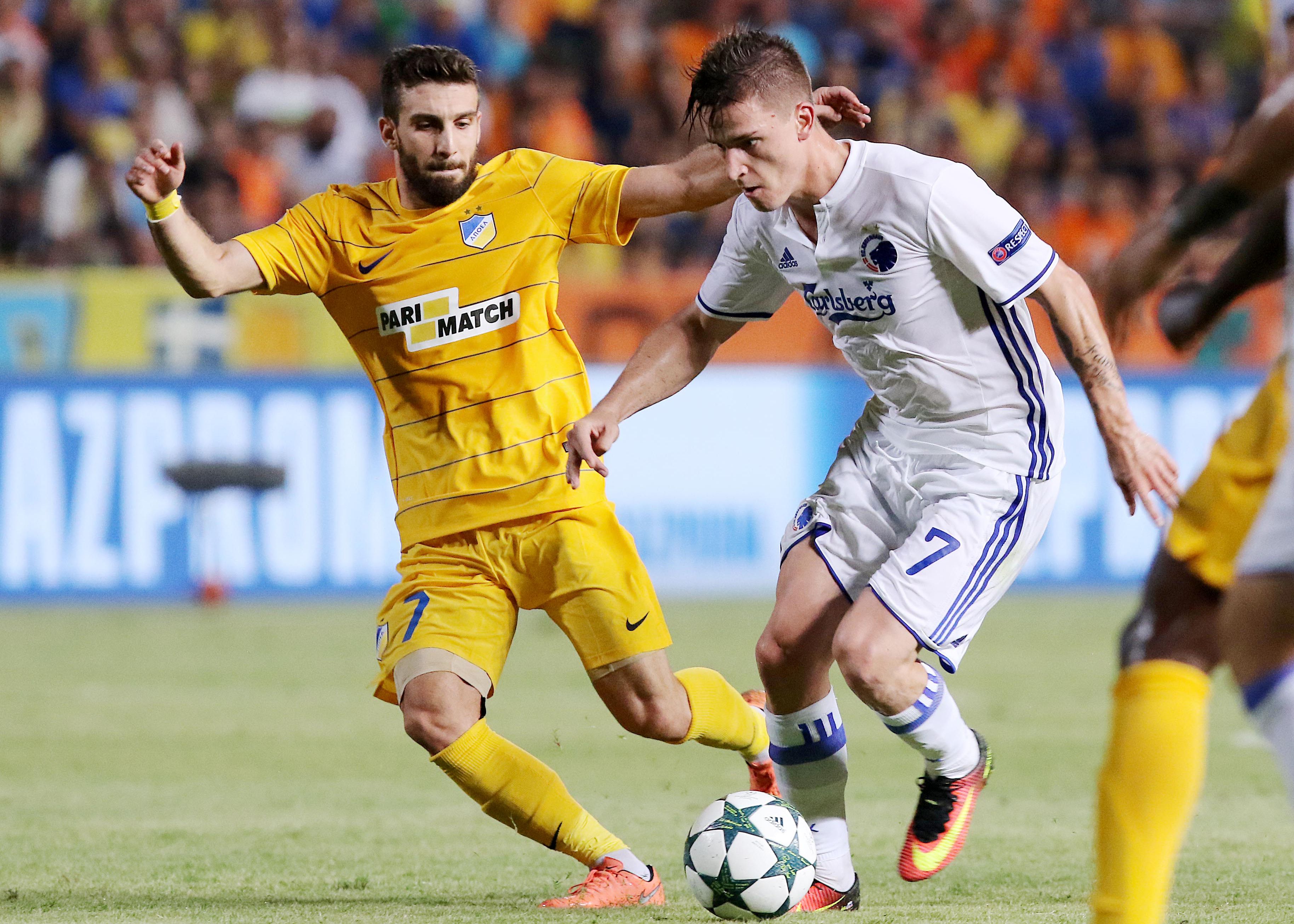 Berne: Four-times European champions Ajax missed out on the Champions League group stage after losing 4-1 to Rostov as Manchester City and Borussia Moenchengladbach eased through the playoffs on Wednesday.
Austrian champions Salzburg failed to make it through the qualifiers for an astonishing ninth time in a row, losing out to Dinamo Zagreb while FC Copenhagen completed the 32 teams for Thursday's group stage draw in Monaco.
Raffael and Thorgan Hazard both scored hat-tricks as Gladbach mauled Swiss opponents Young Boys 6-1 to complete a 9-2 aggregate win.
Gladbach never looked back after Hazard gave them a ninth-minute lead and two quickfire goals by his Brazilian team mate put them 3-0 ahead after just 40 minutes.
Manchester City, 5-0 up from the first leg against former European champions Steaua Bucharest, completed the job when Fabian Delph's second-half header gave them a 1-0 win in the return.
England goalkeeper Joe Hart, dropped for City's first two league games of the season, was picked by manager Pep Guardiola and given a rapturous reception by the home supporters.
Rostov, who qualified for the first time, completed a 5-2 aggregate win against Dutch side Ajax who fell in the qualifying rounds for the second season running.
Roared on by a fervent home crowd, the Russian side took a 34th-minute through a sublime Serdar Azmoun header and Aleksandr Yerokhin made it 2-0 when he emphatically headed home a free kick.
Christian Noboa bundled in a third before Dmitry Poloz sent the home fans into raptures as he beat the offside trap to make it 4-0.
Davy Klaassen scored a late consolation for Ajax from a penalty after the hosts had Fedor Kudryashov sent off.
The real drama was in Salzburg where the hosts, who have dominated Austrian football since energy drinks manufacturer Red Bull took over in 2006 but never qualified for the Champions League since, faced Dinamo with a 1-1 draw in the bag from the away leg.
It seemed that this was finally to be their night when Valentino Lazaro put them ahead with a superb individual goal, running from the halfway to fire a shot inside the near post.
Dominant Salzburg had a penalty claim turned down and should have put the game to bed but, with three minutes remaining, were stunned when Chilean forward Junior Fernandes scored with a deflected shot.
Five minutes into extra-time, Fernandes sent El Arabi Hilal Soudani clear and the Algerian forward scored at the second attempt.
Cypriot champions APOEL Nicosia, quarter-finalists four years ago, went ahead through Pieros Sotiriou but Federico Santander equalised for Copenhagen with four minutes left to earn a 1-1 draw and 2-1 aggregate win.