Eat and Dance at Rumba Lattina in Muscat 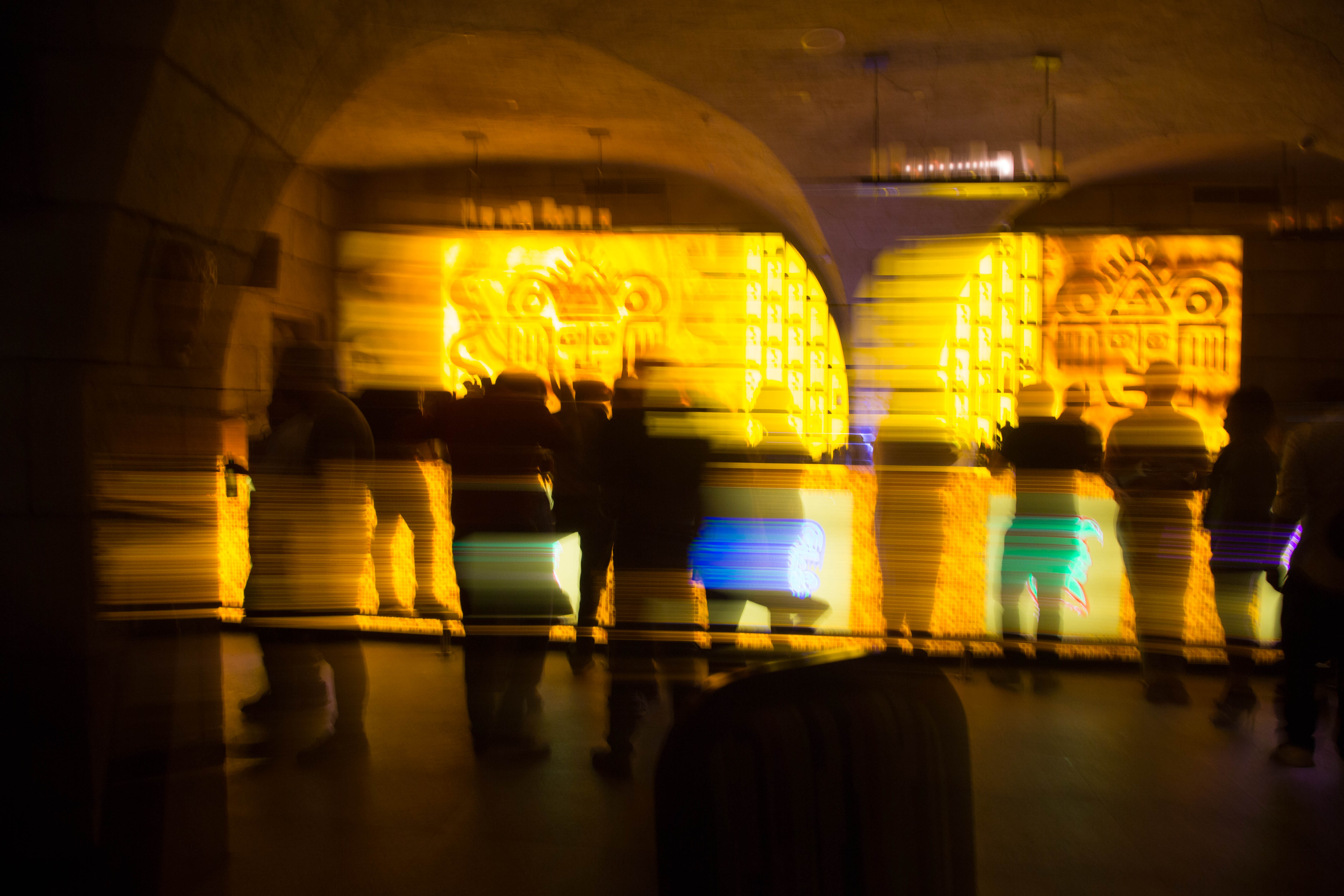 I am a 21 year old girl who graduated from university about a year ago. Since then, my daily routine has been pretty monotonous — go to work, meet friends, go back home. About 83% of my weekend is spent deciding with my friends where to go, and 100% of the time we end up going to the same restaurant, same lounge, or the same person's house. Our favourite subject? Complaining about the lack of nightlife and places to let loose after a strenuous week at work. Last weekend, that all changed.

To be honest, when I first heard about Rumba Lattina and the new "Club scene in Oman", I scoffed. "Yeah right, nightlight in Muscat," I rolled my eyes. So, when I got invited to go to nightclub-slash-restaurant-slash-event space to cover an event in which the Brazilian ambassador was inaugurating their week-long Brazilian food fest, I went with a high dose of cynicism and low expectations.

My colleague and I reached the restaurant at 6:40pm and met with the Ambassador of Brazil to Oman Mitzi Gurgel Valente Da Costa. We had a formal conversation in the surprisingly subdued restaurant. There were a few people murmuring at different tables around the room, enjoying their Latin-flavoured meals and intimate conversations. After parting ways with the ambassador, I was given a tour of the place. The whole space was seamlessly divided into different areas for different purposes. There was the restaurant space, which looked like a classy, dining spot with Mexican flair; an outdoor dining space; a lounge area with long big sofa’s like the ones you’d see in a 50Cent rap video; an elevated VIP area for guests who want to enjoy an upscale party scene, a separate VVIP area for small private groups; an area with two pool tables; and, of course, a dance floor set between the VIP lounge tables and the dining room.

The urban, contemporary space lives up to it's Latin moniker, with interiors decorated with ancient Latin American designs and Aztec patterns showing up everywhere from the bar counters to the table clothes. The lighting, however, was perhaps the most distinctive design feature of the space. While there were bold yellow lights illuminating the bar counters, tiny bulbs encapsulated in coloured glass bottles hung from the ceiling, throwing soft, trippy light over the tables, one of which, was set and waiting for my colleague and I.

As we sat, two gorgeous Cuban women carrying string and percussion instruments stepped onto a little podium. One of the girls started playing the flute, pure poetry to my ears. As the soft and oh-so-soothing music played, a Salto Angel and a Blue Margarita were set before us. The Salto Angel was basically an aerated fruit punch; I could vividly taste the pineapple, litchi, and lime along with the sparkle of Mirinda. I resisted the temptation to lick all the salt off the rim of the beautiful blue beverage glass. It was a perfect counterpoint to the sweet-sour flavour of the blue lagoon syrup, served over a mountain of crushed ice.

We settled in to the chilled out ambiance, chatting about work, holidays and life in general as we sipped our drinks. By the time we were ready for our next round, I realised that I was raising my voice to be heard. I looked up and the Latina ladies had traded their gentle woodwinds for congos and were singing some amazing, upbeat songs.

The subdued crowd who had previously been huddled together, speaking in hushed voices, were now looking up at the stage smiling, and almost everyone in the room, myself included, was swaying merrily to the cheerful beats.
Since I am a perpetually hungry person, my face lit up when I spotted our waiter approaching with steaming plates. He set them down, telling us they where the edible magic of Chef Antonio Cuara — flauta and chimichanga.

My eyes widened as I looked at the chimichanga. If it were up to me, I would've named it The Titanic. The gigantic, overstuff tortilla looked majestic; plated like the ship whose bow was emerging from a sea of sour-cream-based sauce.
I reached for a flauta, deep-fried tortillas rolled around shredded, spiced chicken. Crispy and salty, they would have been the perfect snack to eat alongside our sweet beverages.

Then I turned to the beautiful monster, taking a trembling bite of the so-called chimichanga. As the chewy, spicy, cheesy flavours melted in my mouth, I was lost to everything else around me. After five or six bites, I pulled myself out of my lusty stupor and started to take note of what was inside that culinary architectural wonder.

Stuffed with well-seasoned chicken, rice, beans, guacamole, and pico de gallo, the crowning glory of the dish was the gooey, melty mozzarella cheese, which oozed out of every bite.
Sufficiently stuffed, I began trying to convince my colleague to dance, in an attempt to prevent me from embarrassing him by breaking into an awkward samba in the middle of the restaurant, he suggested we go checkout the outdoor seating area.

The quiet restaurant of three hours earlier had transformed into a jam-packed party scene. Unable to find a seat outside, we headed back inside to the dimly lit lounge area where we snagged two high chairs that offered a perfect vantage point from which to watch the restaurant begin its transformation.

The Cuban musicians had been replaced by a DJ, who was testing his mix right behind us. Big groups of young men and women of all nationalities dressed in smart club clothes, began to fill the space. For the first time since I'd come back to Muscat, I felt 21 years young.

The lights grew dimmer and the strob lights began throwing their electric rays as the DJ played track after track of groove-worthy dance music. My friend submitted and we joined the joyful crowd dancing freely on the dance floor.
Last Thursday night, I had a proper night out in Muscat. Rather, I had several. From a formal afterwork engagement, to lively dinner with a friend, to a full-blown night of dance club partying. More fun in one night than I usually have in a month.

And it turns out that in addition to being a super restaurant and a great nightclub, Rumba Lattina also hosts fashion shows, visiting DJs, and other special events on a weekly basis, so there is always something new happening at this energetic venue.

Who knew that the answer to my weekly quandary of what to do? and where to go? was tucked away in The Cave Complex, just waiting for me to get out of my routine, walk into the low-lit dining room, and let the rhythm of the night carry the stress of adulthood away. —[email protected]