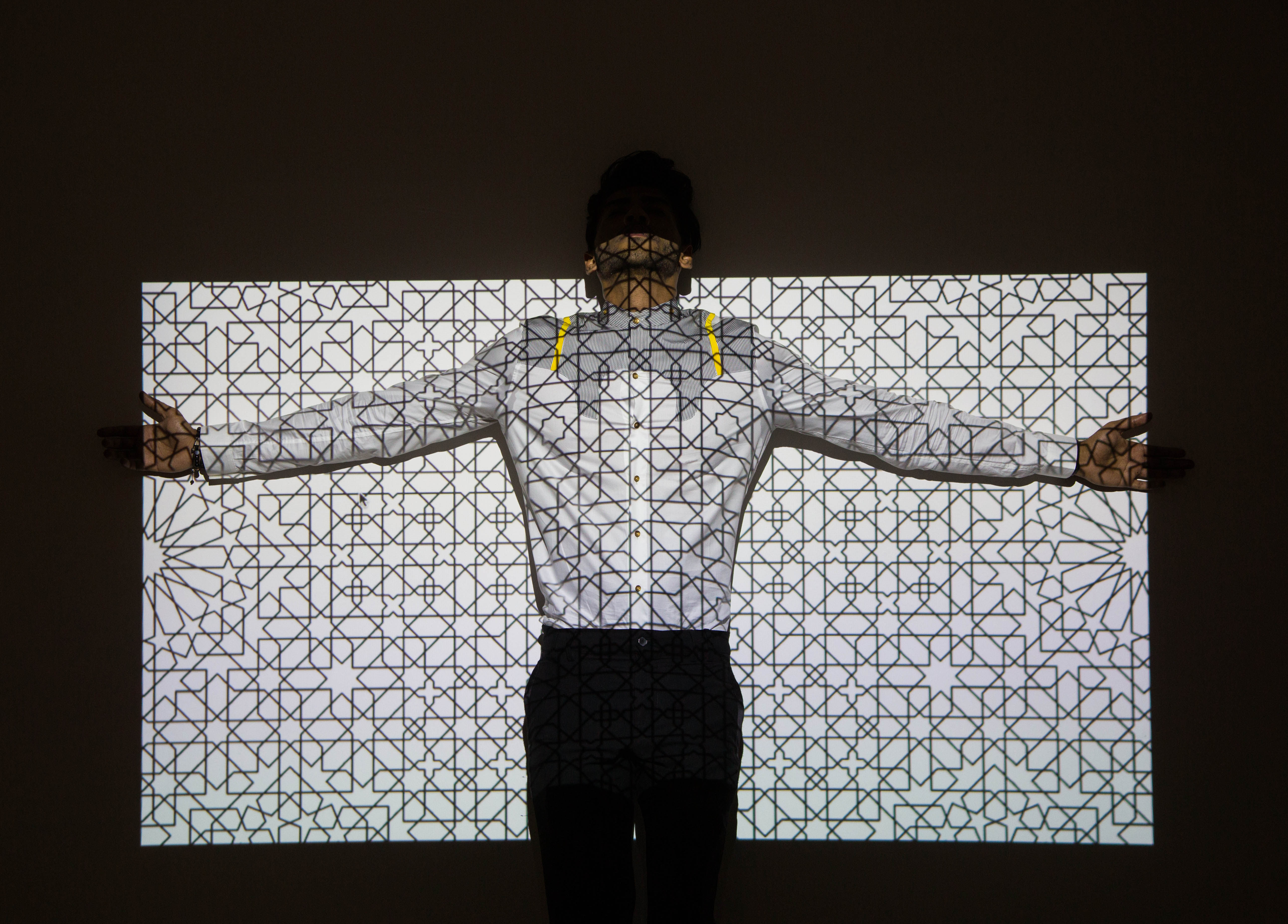 In this modern, global age, the term "performance" is often confused with pageant, showmanship, and acting. Legendary performance artist, Marina Abramovic, put it best when she said: “Theatre is fake ... the knife is not real, the blood is not real, and the emotions are not real. Performance is just the opposite, the knife is real, the blood is real, and the emotions are real.”

Performance art can be most simply defined as an art that brings visual art and dramatic performance into the same sentence. The performances themselves are often randomly executed, but almost always are attached to a desire to raise awareness or to share a different, sometimes controversial, perspective.

Some people see this form as a way to make political and cultural controversies, which in some contexts it does, and others think it’s just plain weird, but what many fans and critics alike fail to realise is that this peculiar art form uses genuine, unscripted emotions as its main tool. A successful performance artist doesn't make a statement, he or she taps into a basic, shared human instinct in a way that is compelling and emotionally arresting for the audience.

A few weeks ago I met Ahmed Al Mullahi, an Omani performance artist whose video installations share the most sensitive theme possible — religion. By recreating and re-imagining beautiful spiritual stories from the past in an artistic way, he hopes to both remind his audience of their spiritual legacy, as well as challenge them to think more deeply about their faith.

Born in London, raised in Oman, and educated around the world, Ahmed studied engineering in Australia, architecture in the UK, and finally settled in Paris where he finished his studies in interior design. It was during his time in Paris that Ahmed discovered his love of performance art.

In Paris, Ahmed took a few art courses and met like-minded artists with whom he began exploring questions of perception, reality, and human behaviour. He began studying the theories of identity, fascinated by the idea that there is a powerful entity within human beings, hidden away underneath our self-consciousness, a visceral manifestation of spirituality. He began to question his religion in hopes of understanding it more fully.

Eight years later, when he returned to Oman, the cultural shock of losing his performance art community, and his ability to openly question the world around him, threw him into a depression.
“We are not allowed to question religion, but I’m the type of person that asks, why is this a sin, and why is this a reward,” Ahmed said.

The more he questioned and explored not only Islam, but world religions, the more concerned his friends and family became. His family took him to meet an Islamic scholar in hopes of putting all his questions to rest. The scholar didn't take the young man seriously. Ahmed continued to study on his own, and as he learned more, he became inspired, experimenting with performances that combined art and religion, through inspirational stories acted out in unconventional ways.

Performance art did wonders for Ahmed, as he became more organised and observant, living a life full of purpose. According to him, art is one of the most powerful tools we have to lift ourselves up when we are down. Art embodies continuous self-development. In 2008, Ahmed began recording videos of his performances.

Ahmed’s filming style has a minimalistic feel to it, owed in part to his background in interior design and knowledge of spaces. His videos are unedited, a one-take, one-go shoot that stays true to the unrehearsed nature of his art form.
“I like to document my life; one day I’ll be gone, but this is what will remain to inspire others,” said the artist. “Maybe I haven’t talked to a little child now, but my work can speak to him later.”

But why performance art? A traditionally fleeting and temporal art form.

“Because it’s real and not theatre, it allows your body to be in the moment and to express itself in the present day. It can’t be rehearsed, edited, or repeated,” he said, adding that the best part is the honesty of using your own body and your true emotions to explore something as personal and sensitive as our spiritual selves.

The primary inspiration for Ahmed’s work is religion. To him, the Holy Quran is the most beautiful of its embodiments. He feels that his questioning of religion is not an attempt to undermine faith, on the contrary, it is a celebration of it. “The beauty of religion is that it makes me think, question, and challenge my understanding, and to me it’s more of an internal journey rather than external,” Ahmed explained.

To prepare for his performances, Ahmed clears his mind, meditating until he reaches a state of divine consciousness in which to listen to his own pure thoughts and instincts. “When you go to that understanding, and trust what’s inside you, and what is it telling you, that’s the best gift and lesson you’ll ever get.” Other times, Ahmed listens to music as he works, Nicolas Jar being one of his favourites.

Art has altered Ahmed's daily habits, he now gives right to his body through a daily routine of meditation, workouts, cardio, and yoga. What’s more interesting is his "daily goal", for which he aspires to do something for himself, and not for other people’s expectations of who he should be, each and every day. He is grateful that he discovered this art form as its practice has bettered his lifestyle and helped to pull him out of depression.

Ahmed's greatest challenge remains educating his audience about both his medium and his intentions. The performance art scene in Muscat is still relatively new, and it is seen by many as a foreign practise. He has found that his work is often misunderstood by the older generations, though it has found a following with younger folks. “The young generation is my only hope, those are the only people I’m here for, and I want to teach them something, because they’re the ones who could truly make change.”

The Performances:
Gazing Through The Divine
Ahmed started doing extensive research on different religions, and came across a religious practice in Sufi-ism called mirror gazing, which is a practise that represents the human being and the superior intelligence facing one another by gazing through a mirror. To him, this piece was about self-experimentation in hopes of finding something incredible within ourselves beyond our own comprehension. He began to physically prepare his body for the performance, which involved six months of abstaining from meat and other potential pollutants, as well as daily meditation. On final three days leading up to his performance, he fasts to complete his purification.
He set up his camera and stood in an all-white room, gazing at himself in the mirror for 45 minutes. At one point, his eyes stop flickering, and he ceases to blink. The footage of his performance was exhibited at the Stal Gallery, in which he placed a gigantic photograph of his eyes on one wall, seemingly watching the video installation of his gazing on the other, a representation of the exchange of unconditional love.
“The first time I watched it gave me goosebumps, it felt like the first time I’m coming face to face with my true self, it didn’t’ feel like me, it felt like someone else, as if I’m observing Ahmed the way other’s observe me,” the artist explained after his intense and emotional experimental performance, the aim of which was to see and welcome the true self.

Monotheism
A brief incarnation of the beautiful story of Adam and the forbidden fruit, this video performance featured the artist with a live snake, a live crow, and an apple. Projected onto a white wall at the Stal Gallery, he placed four graves representing the four major world religions (islam, Christianity, Judaism, and Buddhism) in front of the projected images. On each grave stone he placed an iPad with short videos of objects representing an aspect of the religion's practice. For Islam he used misbaha, for Christianity he used the holy trinity prayer, for Judaism he used the torah, and for Buddhism symbol of reverence (the touching palms). "i took wisdom from all those religions,” said the artist, explaining that his performance was meant to demonstrate the common monotheistic principle of seeking and worshiping.

Upcoming Work
Ahmed hasn’t done a live performance yet, but is looking forward to performing live in the future. “i don’t think we are ready for this in Oman. I will perform for an audience when the time is right,” he said. Until then, keep an eye out for his upcoming video installation titled "reflection", which is scheduled to be released in September. —[email protected]