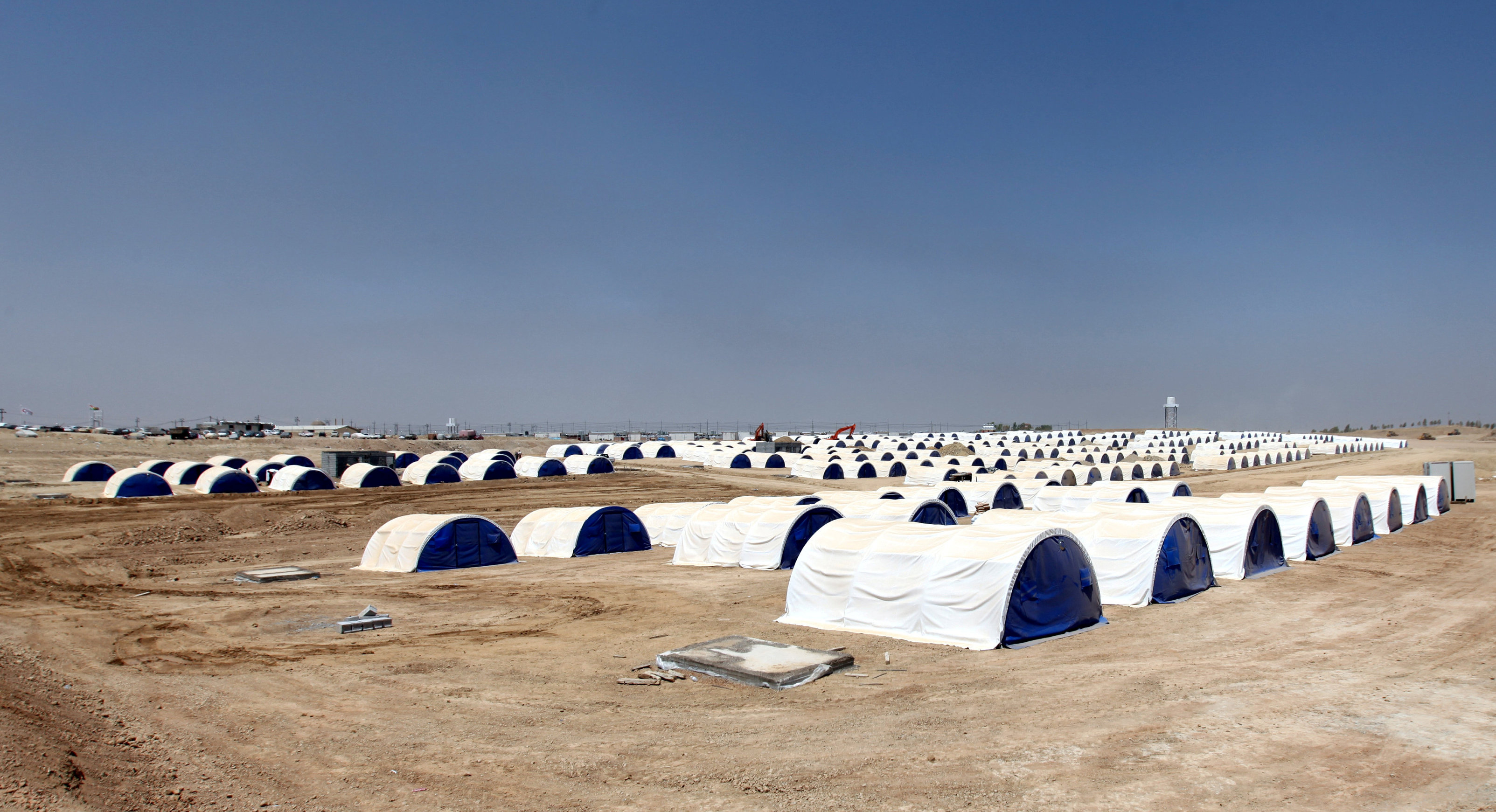 Geneva: Hundreds of thousands of Iraqis in and around Mosul could be uprooted by the military assault to retake city from IS, the UN refugee agency UNHCR said on Tuesday.
"In Mosul we believe the displacement situation may be about to dramatically worsen," UNHCR spokesman Adrian Edwards told a briefing, saying the agency needed more land for camps.
"The humanitarian impact of the military offensive is expected to be enormous, up to 1.2 million people could be affected."
About 3.4 million people have already been forced by conflict to leave their homes across Iraq, taking refuge in areas under control of the government or in the Kurdish region, east of Mosul, IS' de facto capital.
With a population at one time as large as 2 million, Mosul is the largest city under the group's control in either Iraq or Syria.
Iraqi and Kurdish forces are gradually closing on the city 400 km (250 miles) north of Baghdad, with air and ground support from a US-led coalition.
Its fall would mark the effective defeat of the ultra-hardline militants in Iraq, according to Prime Minister Haider Al Abadi.
The Iraqi army is battling its way up the Tigris river and has 60 km (40 miles) left to reach the outskirts of Mosul, while Kurdish Peshmerga forces are deployed 30 km east of the city.
Meanwhile, the United Nations said thirty-six men hanged in Iraq for a sectarian mass killing of soldiers were denied a proper legal defence at their trials and the executions appeared to have been "fuelled by vengeance".
The hangings were carried out on Sunday at a prison in southern Iraq, state TV said.
Those executed were suspected minority sect militants convicted in the killings of as many as 1,700 soldiers, mostly of the majority sect, after they were taken captive by IS insurgents two years ago.
"The individuals who have been executed were convicted only on the basis of information provided by secret informants or by confessions allegedly extracted under duress," UN human rights spokeswoman Cecile Pouilly told reporters in Geneva.
She said the defendants' court-appointed lawyer did not intervene during the proceedings apart from a three-minute statement just before the verdicts were delivered.
The United Nations, she said, had urged Iraqi authorities "to ensure that any trial conducted in connection with the massacre respects due process ... rather than be fuelled by vengeance. Unfortunately, this (36 hangings) was not the case".
In a recent report, Amnesty International said one of the hanged men had told its researchers that the defendants were beaten into making confessions, but that his complaint was ignored and not investigated.
The soldiers were killed after IS overran Camp Speicher, an ex-US military base near Saddam Hussein's home town of Tikrit, in 2014.
US-backed Iraqi government forces and allied militias retook the region last year.
The government came under increased pressure from local politicians to execute militants sentenced to death after an IS bombing killed at least 324 people in a Baghdad shopping street on July 3.
Justice Minister Haidar Al Zamili said on Sunday he expected more death sentences to be carried out over killings after Camp Speicher's fall to IS, dismissing UN and human rights groups concern over the fairness of the trials.
The truck bomb was the deadliest militant attack since the US-led invasion that toppled Saddam in 2003.