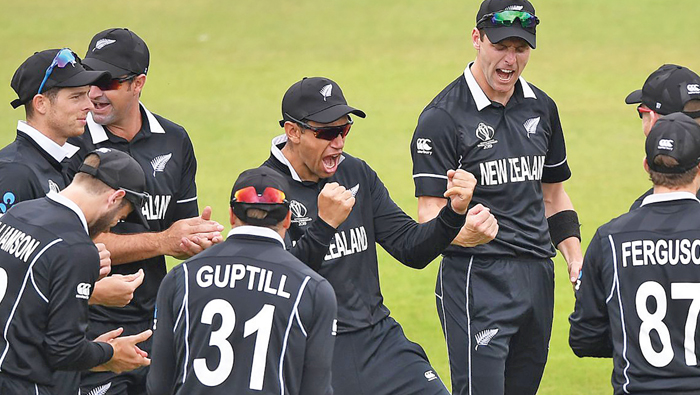 Muscat: Cricket fans in Oman have predicted the winners of the 2019 Cricket World Cup, ahead of Sunday’s final between England and New Zealand in London.
Hosts England beat Australia by eight wickets on Thursday evening, bowling out the Aussies for 223 runs in 49 overs, before easily reaching that score in 32.1 overs. They will face a New Zealand side that upset favourites India by dismissing them for 221 in 49.3 overs, successfully defending their total of 239/8.
New Zealand and India had been scheduled to play each other on Tuesday, but the rain played havoc and match officials decided to halt play with the Kiwis batting at 211/5. They finished their innings the next day and shocked India’s opening order by reducing them to five for three, a situation from which the Indians never recovered.
“For the final, I really want to see New Zealand win it now. I think they really deserve to go all the way,” said Indian cricket fan Jitesh Khokhani. “They have some really talented players and they are a nice bunch of people. They don’t sledge, they don’t irritate the opposition, they just focus on doing the job and they have a very good sportsman’s spirit. Now that they have come so far, I think they deserve it, because they play well.”
Amol Das, a Bangladeshi who lives and works in Oman, felt this World Cup belonged to England. “This time, England have the best chance to win the World Cup, because they have a very strong team. They are also the hosts so everyone in the stadium will be supporting them. They have not won the World Cup so far, so maybe it is time they won it. This is their home, so they know the conditions best.”
Times of Oman also spoke to Dad Mohammed Al Balushi, a senior board member of the Oman Cricket Association on his prediction for the finals.
“This was India’s chance to go and win the World Cup,” added Al Balushi. “If they had beaten New Zealand, then the trophy was theirs. But they will learn from this and they will realise that nothing comes easily to them. Of the remaining teams, I think England are the strongest and they are playing at home, so I think it is their turn to win the World Cup.”
The final of the 2019 Cricket World Cup, which will take place at Lords Cricket Ground at 1:30pm Gulf Standard Time, on Sunday afternoon, will definitely see a new team lift the World Cup for the first time. Australia are the most successful team in the history of the tournament, having won it five times (1987, 1999, 2003, 2007 and 2011), while the West Indies and India have both won it twice.
Pakistan and Sri Lanka have won one title each title each. England have been runners-up on three occasions (1979, 1987 and 1992), while the New Zealanders finished runners-up against eventual champion and co-hosts Australia the last time. It was their first appearance in a final and Indian expat Ramanuj Venkatesh, who has always supported New Zealand, is hoping they make it through this time.
“I think, had that final in 2015 been played in any of the grounds in New Zealand, like Wellington or Auckland instead of Melbourne, then New Zealand would have won the World Cup last time. Either way, I am so happy that New Zealand have come to the final and if they had faced Australia, it meant there was be the traditional trans-Tasman rivalry, so that would have been an exciting game. But they face England, it means they are facing the hosts, so there will be excitement there as well.”
“New Zealand know they are not one of the best sides in the world, but they play fair,” he revealed. “They have just been quietly going about their business without drawing attention to themselves. They don’t call attention to themselves, and they are dedicated and committed bunch of professionals. I have always been a supporter of New Zealand and I hope they win the tournament.”
Ahmed Munim, a Pakistani national, added: “It’s been a long time since we have had a first-time cricket champion. I think this means that this World Cup will go down in the history books, and that makes it a memorable one. I personally am glad the Australians didn’t make it through to the final, because they don’t play fair. Sunday’s game should be a good one.”