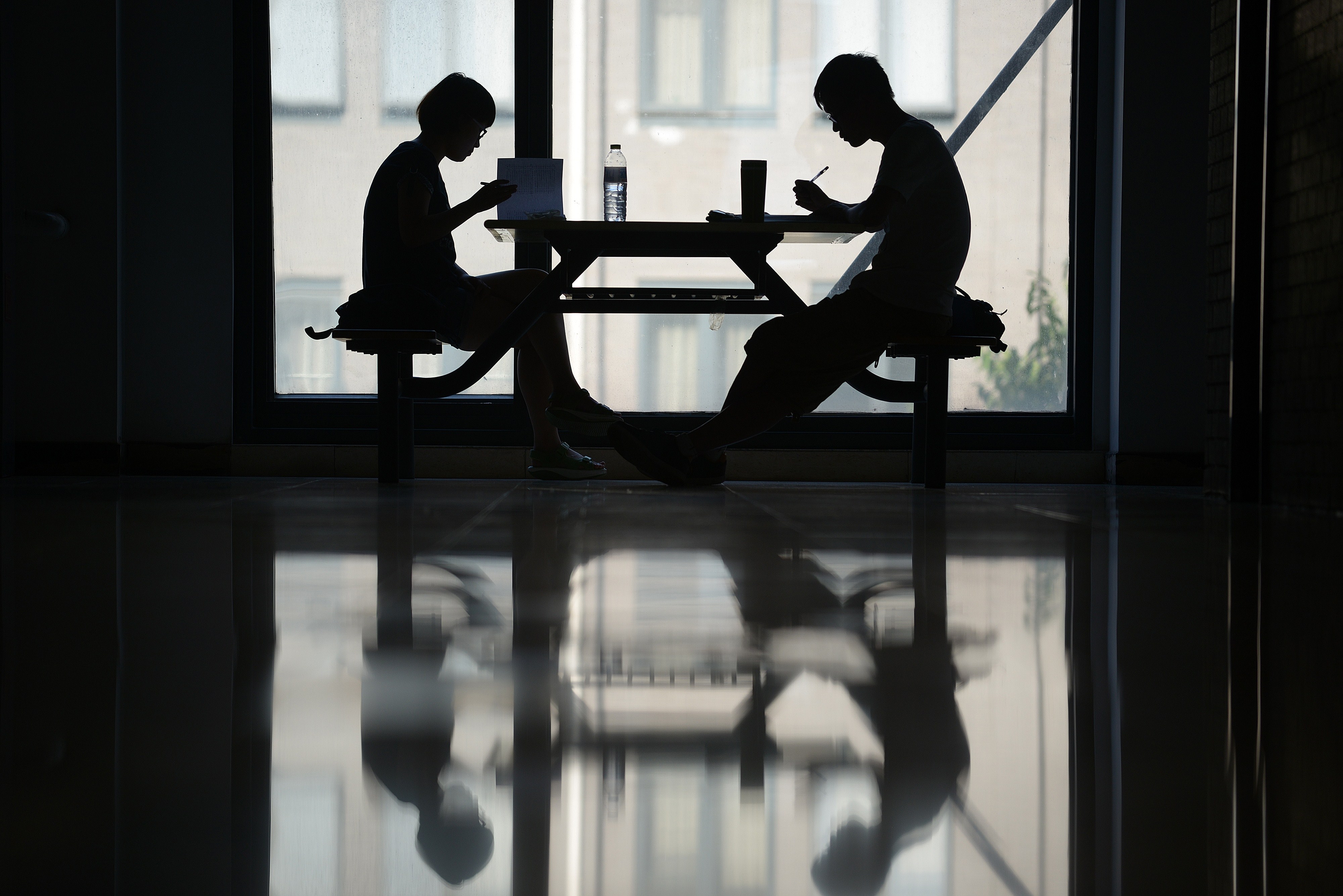 China has always valued education, reflecting its Confucian tradition, according to which one must excel scholastically to achieve high professional and social status. But today, the country is stricken with what some call “education fever,” as middle-class Chinese parents demand more schooling for their children, and as young people seek ways to avoid the drudgery of factory life.
China’s government, by emphasising the need for a better-educated workforce to compete with the West, is fueling this trend. This year alone, China produced 7.65 million university graduates – a historic high – and around nine million high school students took the gaokao, China’s general university admission exam. These are staggering figures, even for a country with a billion people and a tertiary-education enrollment rate that is one-third that of advanced economies. To put the trend in perspective, China graduated fewer than two million people from college in 1999, and the pass rate for the gaokao was only 40 per cent, half of what it is today.
2016 Olympics
Education is never a bad thing in itself, but the move toward “mass universities” of the type that emerged in the West after World War II is occurring too fast and has arrived too soon for the Chinese economy to accommodate it. With China’s transition to a post-industrial economy far from complete, significantly broadening access to university undermines the quality of education and has high collateral costs, socially and economically.
For example, to meet the Communist Party’s ambitious enrollment goals, institutions have lowered admission standards and matriculated students into fields of study with no market value, just to accommodate them. This has severely degraded the quality of education at second- and third-tier universities concentrated in China’s inner provinces, thus widening the development gap between China’s urban coast and rural hinterland.
Meanwhile, China, with a graduate unemployment rate of 16 per cent, is producing more highly educated workers than the economy can absorb. The wage premium for workers with a bachelor’s degree has decreased by roughly 20 per cent in recent years, and new graduates often must accept jobs – such as street cleaning – for which they are vastly overqualified. Under these conditions, many recent graduates now join the Communist Party because membership stands out to potential employers. But it is difficult to see how the labor market can be efficient if employers are making hiring decisions on the basis of political favoritism rather than merit.
As more Chinese students attend university, fewer are graduating from vocational schools, which teach the skills that the economy actually needs. In fact, the demand for qualified blue-collar employees is so high that in 2015 the country’s 23 million textile workers earned, on average, $645 per month – equal to the average college graduate.
The Chinese government has partly acknowledged this imbalance and says it will convert around 600 colleges into vocational schools by the end of next year. But this supply-side fix doesn’t address the demands of China’s burgeoning middle class. With universities having become so accessible, Chinese families will continue to prefer them to what they consider second-class schools.
The situation is unfortunate for all involved. In its push for universal higher education and global status, China is stringing its young people along with the promise of high-paid, meaningful employment after graduation. It is a promise that China will not be able to fulfill for a very long time.
For starters, China confronts global economic conditions that are beyond its control. China wants to shift its economic model away from manufacturing and toward services, where its many graduates could be gainfully employed; but it is currently locked into its position at the bottom of most global value chains.
When global values chains grow and new jobs are created, those jobs are distributed according to a country’s competitive advantage. Because China has long specialised in low-skill tasks, this is the kind of work that will be left for Chinese laborers. If the smartphone industry expands, for example, Silicon Valley will hire more engineers, and Shenzhen will hire more assemblers to build what those engineers design.
If China wants to move up the value chain, it needs to expand its technological capacity, which is why innovation is at the heart of its latest Five-Year Plan. But most of China’s high-tech investments so far have been abroad – in sectors ranging from electronics and biotechnology to software and nanotechnology – which won’t change its value-chain ranking. China could also expand its tech sector through homegrown entrepreneurship, except that the Chinese economy does not provide easy access to credit and is hamstrung by excessive regulations that make it difficult to start a competitive business.
Restructuring the Chinese economy is a long-term project. In the short term, China should make higher education far more exclusive, so that it is true to its purpose. Chinese universities should produce higher-quality graduates at a slower rate, and all other students should matriculate through vocational programmes, which will lose their current stigma as they become the primary educational option.
The current system misallocates Chinese talent, prevents graduates from reaching their full potential, and impedes the economy’s capacity to ascend global value chains. In this sense, China is moving too fast. As an old Confucian proverb says, “It does not matter how slowly you go, so long as you do not stop.” - Project Syndicate